Marlaska, the new objective to beat for United We Can and the nationalist partners of the PSOE

United We Can and the pro-independence and nationalist partners of Pedro Sánchez have shown signs in recent days of targeting the Ministry of the Interior led by Fernando Grande-Marlaska in search of those responsible for espionage. 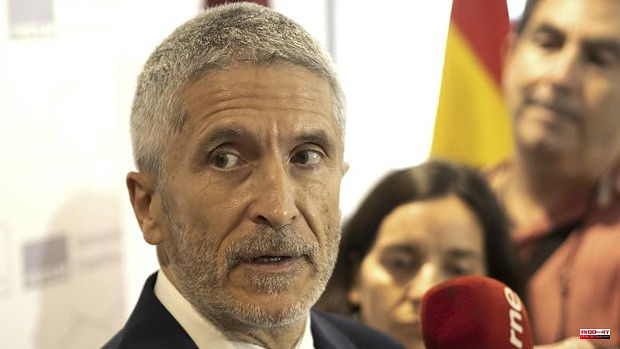 United We Can and the pro-independence and nationalist partners of Pedro Sánchez have shown signs in recent days of targeting the Ministry of the Interior led by Fernando Grande-Marlaska in search of those responsible for espionage. The 'Pegasus case' caused United We Can, ERC and Bildu to explode with virulence against the Minister of Defense, Margarita Robles, who in a plenary session of Congress justified the hacking of secessionist leaders' mobile phones with the following sentence: «What do you have to do? a State when someone violates the Constitution, when someone declares independence?

ERC requested his resignation directly and the leader of Podemos and Minister of Social Rights, Ione Belarra, charged against her cabinet partner without hot cloths. But, from one day to the next, they all loosened their fangs.

What had changed? journalists asked at press conferences. The secessionists stopped demanding his dismissal because they understood that it was counterproductive: they had been spied on, something "very serious", and on top of that they were not going to get his head. Sources from United We Can explained to ABC at that time that they had to "lower the tuning fork" because they were not going to get the resignation of Robles, a minister that the president has armored. Podemos then hid Belarra, who captured a lot of media focus and wear and tear, charging unsuccessfully against a member of his own government. And that Robles is in the Executive serves Podemos to mark its own profile against the PSOE. She was seen with Pegasus, but also with the shipment of weapons to the Ukraine.

Marlaska then became the target once they understood that with the dismissal of the director of the CNI, Paz Esteban, there was no longer any way around. The Minister of the Interior was also spied on by an external agent along with other members of the Government, such as the president, according to Moncloa.

United We Can, ERC, Bildu, PDECat, Junts, BNG, Compromís and CUP registered a commission to investigate the possibility of 'para-police' cells in the Interior that spy outside the law, after the Socialists knocked down a commission focused on Pegasus. It was a new attempt to investigate in Congress whether the so-called "sewers of the State" continue to exist and the "linkage of various official levels of the State and a network (...) with objectives outside the general interest and allegedly financed with reserved funds. PSOE and Popular Party knocked down this attempt to monitor Marlaska's work at the head of the department at the Board of Spokespersons last Tuesday. A few days later, the PNV registered a question to the Prime Minister, Pedro Sánchez. The spokesman for the Basque nationalist group, Aitor Esteban, wanted to know if the Civil Guard or the National Police had the Pegasus program. Sánchez then replied that "neither the Civil Guard nor the National Police have" that tool.

But the PNV's doubt was legitimate because Defense sources had raised in the corridors of Congress that perhaps other security forces had said hacking system. Esteban responded to Sánchez as follows: "Make sure of that because it is a very invasive instrument."

Last week it was Marlaska himself who repeated that the Police had not used the system against the independence movement. The deputy Míriam Nogueras, from Junts, asked her in the control session what program the Police uses "to spy on opponents" and added that she has not yet shown that she had not done so. "Show that there are no State sewers because you have not presented a single piece of evidence," Nogueras snapped, and continued: "Think about this a lot because you sit at the table where the CNI's political guidelines are marked." Marlaska explained that the Interior has "the necessary means of interception", but that "they are only activated before a judicial resolution" and that "everything is done with light and stenographers". And he insisted that in Spain "ideas are not persecuted, but facts susceptible to crime."

From outside politics, although with the speaker who grants him being the former Vice President of the Government, Pablo Iglesias, says that Robles and Marlaska cannot continue in their positions: «The first obligation of a Minister of the Interior and of a Minister of Defense is to protect the President of the Government and if they have not been able to protect the president's mobile phone, no matter how much they pose as victims, their situation is unsustainable. 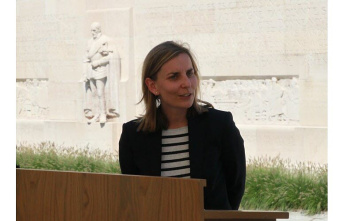