Carlos Sainz brushes his first victory in the chaos of Monaco

Carlos Sainz savors it again, he has it a foot from his nose and it is clear that one of these days he will achieve it. 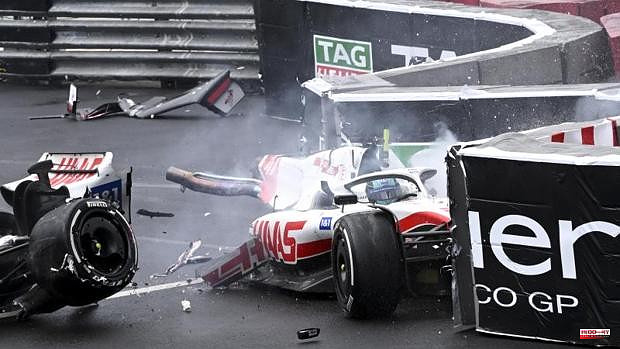 Carlos Sainz savors it again, he has it a foot from his nose and it is clear that one of these days he will achieve it. He also touches the first victory of his life in the chaos of Monaco, but it is difficult for him to take that decisive step. In the fetish race, a disaster this time, Checo Pérez wins rowing to the end. The fastest car, Leclerc's Ferrari, this time suffers the rigors of strategy. Fernando Alonso picks up points again, seventh classified, just as he started.

Formula 1 gets great, so much so that it ceases to be a risky sport, suitable for the brave, and resembles classical dance. All the perfect conditions must be met for the race to start.

It rains in Monaco, but there is no deluge or flooding or anything like that, only the mishap of water, so hated by the passengers of this sport and especially by its engineers.

But it is not understood why the race does not start at the indicated time, 15 hours, but is delayed without information in sight and for the only reason that the rain has been present in Monaco.

Montecarlo is a microclimate, just as its inhabitants belong to a Principality and its fiscal rules are different. Nestled between mountains, with the only natural outlet to the sea, the houses hanging from the side of a mountain in a universe of elevators to drive around the city, the rain is concentrated and does not go away. It can rain in Monaco and be sunny in Nice, half an hour away. But F1 makes an unfortunate paper by delaying the race an hour.

Monaco, one of the symbols of Formula 1, surely the grand prix that identifies this sport with its essence, starts behind the safety car, with the single-seaters doing the little train after leaving the tents arranged in the garage street. An unedifying image that has little to do with gladiators and the fight for glory.

A summer storm generates the usual stress, multiplied by ten this time. Extreme rain tires and all the drivers in their position, a very conservative image of a sport that is supposed to be daring. The cars dry the track, it no longer rains and uncertainty arises about who will be the first brave person to risk with the wheels.

Carlos Sainz and his engineer opt for a brave tactic. They go directly from the rain tires to the silver and smooth wheel, the hardest. Most choose two steps through the garages: first the intermediates and then the smooth shoes, with the consequent loss of time in the box.

When the race is ordered, Checo Pérez is the most benefited, leader with Carlos Sainz close behind him. Further back Verstappen and fourth, the great loser by the strategy, the poleman Charles Leclerc, who is crazy about his engineers. "Box, box," they tell him, just before changing their minds. "Stay out, stay out." Leclerc is already in the garage and there is no remedy for the situation.

Meanwhile Fernando Alonso has remained in his position, seventh with no more shock than driving on the slippery pavement of Monaco. An estimable loot that he wants to preserve to avoid the bad luck of the beginning of the year.

When everything seems stabilized, Mick Schumacher crashes the Haas against the protections. It is seen that the 2022 Monaco Grand Prix cannot be placid and boring like so many other afternoons. Red flag because the new judges not only want to withdraw the car with guarantees, they also want to carefully place the protection barriers.

In this chaos, the drivers get into their single-seaters with only 45 minutes of time left, because the mandatory three hours of the race are consumed. Impossible to close the 77 planned Grand Prix laps.

Checo Pérez takes command and Monaco returns to his nature. With the dry track, nothing happens on the lap by lap. It only remains to hope that some slip, human error or mechanical drama will alter the substance of the test. Fernando Alonso's performance is curious, very slow making a considerable block and preventing Hamilton from passing, and a few laps later, making the fastest lap of the race.

The yellow tires are fading for Checo Pérez and that is where Carlos Sainz sees the opportunity of his life, his first victory is close. But the Mexican is an old dog and an expert pilot, he maintains his position, endures with the wheels half dead and sings victory.

1 The balance of the French police: 105 arrested for... 2 A great The Way of Bonnie repeats victory at the Rheffissimo... 3 Mikel Landa returns to the Giro podium seven years... 4 After the Texas massacres: US legislators say that... 5 Football / District 1. The title, the victory and... 6 Alpes de Haute Provence. Estoublon: A 50-year old... 7 Worthy-les-Bains. A teenage girl faints while hiking... 8 Lot-et-Garonne - Stuck for 2 hours and 3 minutes from... 9 UNITED STATES. Biden came to Uvalde, Texas in order... 10 Fire in an industrial warehouse in the Port of Barcelona 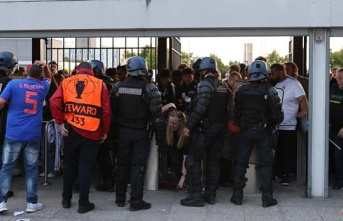 The balance of the French police: 105 arrested for...