The balance of the French police: 105 arrested for the incidents in Saint Denis

A total of 105 people were arrested and 39 taken into police custody on Saturday night in Paris for incidents related to the Champions League final, according to a new balance from the French Interior Ministry. 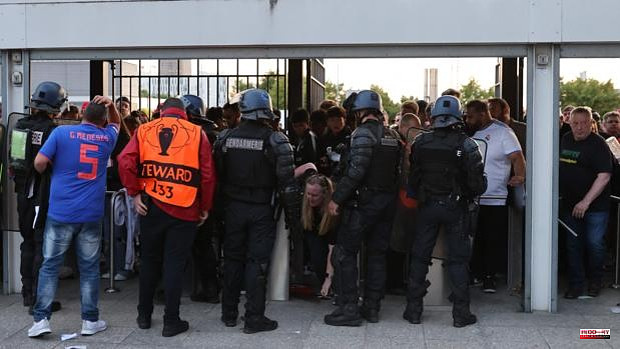 A total of 105 people were arrested and 39 taken into police custody on Saturday night in Paris for incidents related to the Champions League final, according to a new balance from the French Interior Ministry.

The start of the match between Real Madrid and Liverpool (1-0) had to be delayed for more than half an hour due to the tension outside the stadium, something strange for a match of this level.

Numerous young fans tried to jump the fences of the stadium to try to force entry. This led to brief clashes with security forces who repelled the intruders, sometimes using tear gas.

As a result of these incidents, an undetermined number of spectators who did have tickets were unable to enter the stadium until the end of the first half.

The Paris police prefecture indicated in a statement published on Saturday night that before the match "numerous fans without tickets for the match or provided with false tickets" had disturbed access to the Stade de France, in the outer security perimeter.

Interior Minister Gérald Darmanin pointed out in a tweet the attitude "of thousands of British 'fans' without a ticket or with false tickets who forced the tickets" of the Stade de France. The tweet was accompanied by a photo showing Darmanin and the Sports Minister in front of a Stade de France security computer.

A source close to the government alleged that the problem came from those "thousands of false tickets" created by the queues at the gates of the stadium.

According to the Paris Prosecutor's Office, twenty people were taken into custody for violence and robbery on public roads in the surroundings of the 'fan zones'. One of these people could have tried to sell counterfeit tickets for the game.

The Paris fire brigade for its part evoked "a more or less calm night" in terms of interventions.

In total, 238 people were treated by the different emergency services for different reasons such as discomfort associated with drunkenness, small accidents or intoxication after inhaling tear gas, among others.

"Joke Stadium", "Night of chaos"... the European press had harsh words for the organization of the Champions League final, marked on Saturday by serious incidents outside the Stade de France.

More than on the defeat of Liverpool (1-0), the British media logically insist on the serious failures noted on the sidelines of the match due to difficulties in accessing the Saint-Denis venue, which delayed the kick-off and caused tensions outside.

The tabloid The Sun is the most virulent with a headline in French ("Stade de Farce" ("Joke Stadium") and the testimony of Marvin Matip, the brother of Reds defender Joel Matip, who recounted having to take refuge in a restaurant with his pregnant wife to escape the tear gas.

For its part, the Telegraph publishes an account by Jason Burt, the head of the newspaper's football area: "I was in front of the gate when I was hit by tear gas fired indiscriminately by the French police at the stadium." “I was talking to fans who were waiting quietly, some for three hours, when they hit me in the face, it stung my eyes, my lips, my tongue. I couldn't believe it (...) it was embarrassing », he stated in a chronicle.

Underlining the "funnels" towards which the Reds fans were directed, arriving, however, two hours before kick-off, and the "excruciatingly slow" controls, Burt considers that "it is a shame that UEFA has accused the fans of to be late. It is simply false. They tried to broadcast their version. Now they have to apologize."

The German media are also wondering about UEFA's organizational failures. “The night of chaos”, writes Bild, for which, on a sporting level, it is “the most bitter defeat of Klopp”, the German coach of Liverpool.

In Italy, the press particularly praises the 4th Champions of the "emperor" Carlo Ancelotti, but also sticks to the organization of the final. Thus, the Corriere dello Sport speaks of the Parisian "organization fiasco".

"A bad night to end a sad season for France, where security and public order problems multiplied in stadiums," writes the Roman newspaper.

1 A great The Way of Bonnie repeats victory at the Rheffissimo... 2 Mikel Landa returns to the Giro podium seven years... 3 After the Texas massacres: US legislators say that... 4 Football / District 1. The title, the victory and... 5 Alpes de Haute Provence. Estoublon: A 50-year old... 6 Worthy-les-Bains. A teenage girl faints while hiking... 7 Lot-et-Garonne - Stuck for 2 hours and 3 minutes from... 8 UNITED STATES. Biden came to Uvalde, Texas in order... 9 Fire in an industrial warehouse in the Port of Barcelona 10 More than a thousand people recover the Pronisa Great... 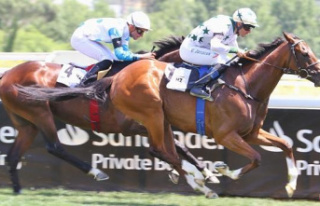 A great The Way of Bonnie repeats victory at the Rheffissimo...