UNITED STATES. Biden came to Uvalde, Texas in order to alleviate the suffering of a traumatized community 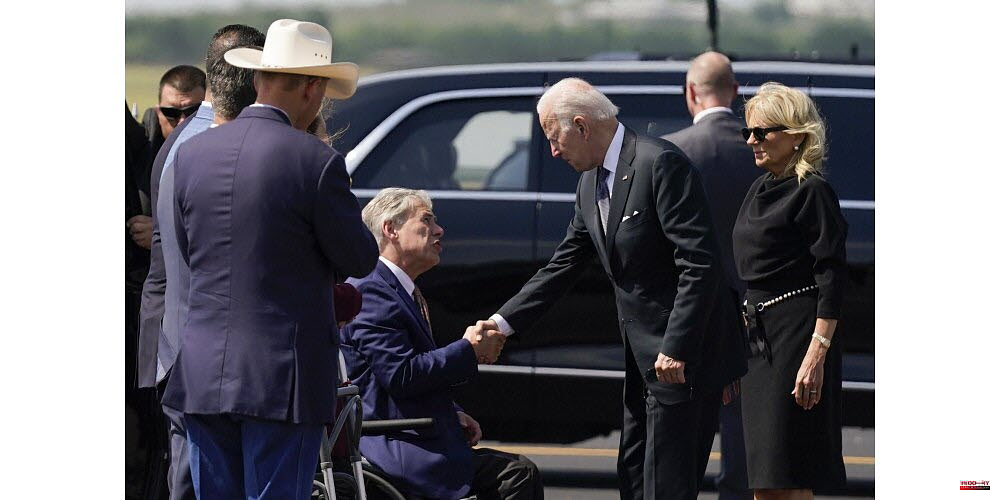 Joe Biden visited Uvalde, Texas, on Sunday five days following the shooting at an elementary school. He wanted to show his sympathy to the families who were affected by the tragedy and rekindle the debate about firearms.

"You can't make dramas unlawful, I know that. The President of the United States, however, pleaded for safety Saturday. He regretted that so many innocent people had died in so many places.

Two teachers and nineteen children were killed in Tuesday's shooting at the Robb School in Uvalde by Salvador Ramos (just 18), in one of the most horrific incidents in recent years.

The 79 year-old Democrat spoke out about his own pain shortly after the death of his two children, his still-baby daughter and his adult son who died from cancer.

He said that losing a child was like having a piece of your soul taken out. "Nothing will ever be the same again."

Joe Biden is well-known for his compassion and will be able find the words to help those in need. However, the head of state cannot promise any action to those who demand stricter firearms control.

He cannot pass any significant legislation on this subject because of the too small Democratic parliamentary majority. To get the qualified majority, elected representatives from his camp must convince a few Republicans. The White House was reluctant to get involved in the political fight with Joe Biden. Thursday's statement by Karine Jean-Pierre, its spokesperson, stated that Congress "needs help".

Negotiations are currently taking place in the area, and some elected officials considered it possible to place more restrictive laws on Sunday. Democratic Senator Dick Durbin stated that he felt "a difference of mind" from his peers. He said that it remains to be seen if the Republicans will "show their political courage" on CNN.

America was plunged back into the horror of school shootings by the Uvalde massacre, and the childlike faces its young victims. On Sunday, the residents of this small town awaited Frank Campos (52), who was visiting from San Antonio.

"But how many schools will he attend?" He called for restrictions on weapons access and said that we must end all of this. Luis Luera (50) illustrates the divisions in the country. He believes that such legislation will not change anything. "Criminals will find a means to obtain weapons."

The first testimony of Robb School students who survived the massacre gave us a glimpse into the horror they experienced. Samuel Salinas, 10, said that the shooter entered the room and told the children, “You're all going be killed.” Before opening fire, Samuel Salinas, a 10-year-old, told ABC.

The police took around an hour to end the massacre on Tuesday. The attack of a specialized unit was awaited by the 19 agents present at the scene. The delay in intervening caused controversy and was rescinded by the Texas authorities.

The police received many calls from the affected classrooms. One of them was a child who pleaded with the police to send the police right away.

1 Fire in an industrial warehouse in the Port of Barcelona 2 More than a thousand people recover the Pronisa Great... 3 Sequoias, barbecue and an electoral conspiracy: the... 4 More than 1,800 schoolchildren participate in one... 5 US prepares to send long-range missiles to Ukraine... 6 Football (Regional 1): Winners in Thouars, Rochelais... 7 Ligue 2/National playoffs. Winner of Villefranche-Beaujolais,... 8 Bordeaux Fair: over 200,000 visitors, up 15% 9 «Soul Marbella Aedas Home» won the IV Málaga Sailing... 10 Catalan dominance in the Spanish Catamaran Cup 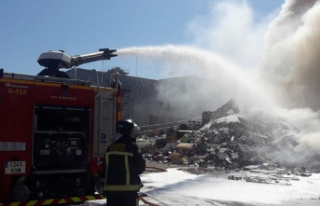 Fire in an industrial warehouse in the Port of Barcelona