The Popular Group has registered this Friday in the Congress of Deputies the request for the appearance of the President of the Government, Pedro Sánchez, due to the crisis with Algeria. 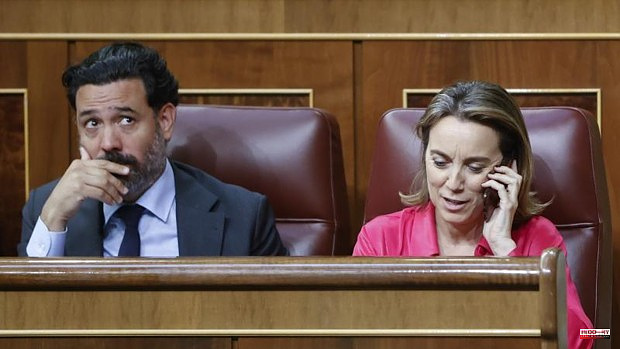 The Popular Group has registered this Friday in the Congress of Deputies the request for the appearance of the President of the Government, Pedro Sánchez, due to the crisis with Algeria. In the petition, signed by 86 of the 88 deputies of the Popular Group, with its spokesperson, Cuca Gamarra, at the head, Sánchez is urged to explain to the Plenary the situation of the relationship with Algeria, "how it can affect the Spaniards the political and economic measures announced by the Government of that country and what steps it intends to take to defend the general interest of the Spanish and the recovery of the diplomatic situation that Spain had maintained in North Africa for the last 40 years».

In the statement of reasons for the request to appear, the PP underlines that Sánchez's appearance in the plenary session of Congress, on Wednesday, June 8 at the initiative of the PP, "was a new step in the diplomatic deterioration" of relations with Algeria. "In fact, at the end of it, Algeria announced the suspension of the Treaty of Friendship, good neighborliness and cooperation signed in 2002."

"The reaction of the Government of Spain has been confused, it has rejected dialogue with the rest of the groups in the Chamber and has sought the support of the EU," they maintain from the Popular Parliamentary Group.

"The obvious foreign policy mistakes of the Prime Minister may end up being paid for by the Spanish, among other issues, in the form of increases in gas prices or migratory tensions, something that the PP does not consider acceptable," they warn.

1 Spain agrees with Biden to accept twice as many Honduran... 2 Minister Robles visits the 'Tigre' attack... 3 A fire in an old workshop under renovation in Usera... 4 Russia justifies the death penalty for three foreign... 5 The judge in the Villarejo case refuses to charge... 6 Japan pledges a greater security role in the region... 7 Bale laughs at his possible signing for Getafe: "I'm... 8 Sergi Roberto's pullita to his teammates after... 9 From exclusivity to disclosure: a debate on art books 10 Algeria sees precipitation on the part of Brussels... 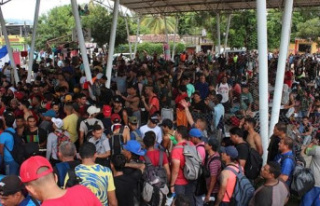 Spain agrees with Biden to accept twice as many Honduran...