The White House announced this Friday, June 10, that Spain will double the number of work visas for Hondurans, within the framework of a major migration agreement at the Summit of the Americas. 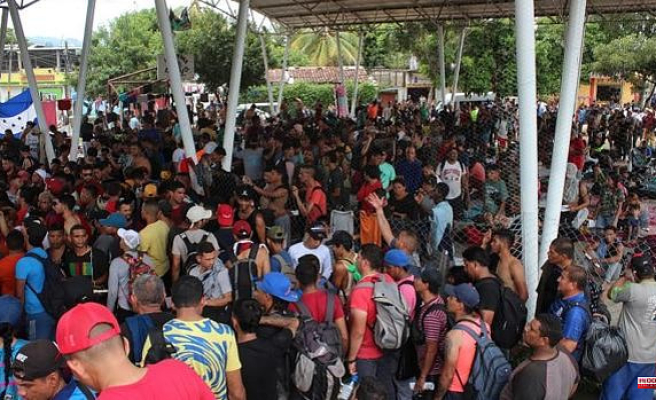 The White House announced this Friday, June 10, that Spain will double the number of work visas for Hondurans, within the framework of a major migration agreement at the Summit of the Americas. At the last minute, the Spanish Foreign Minister, José Manuel Albares, canceled his visit to the summit due to the crisis with Algeria, but he was replaced by the Secretary of State for International Cooperation, Pilar Cancela.

According to Foreign Affairs, in 2021 a pilot project of what it calls "circular migration" with Honduras was put into operation. In 2022, 250 Honduran agricultural workers are expected to arrive within the framework of this program. In addition, according to Efe, Spain maintains programs with Morocco, Colombia and Ecuador.

The workers receive a residence and work visa for a specific duration, once the employment is over, they undertake to return to their country immediately and present evidence of that return to the Spanish Administration.

During the pandemic, the US has detained record numbers of undocumented immigrants. Between March 2020 and December 2021 alone, the border police detained three million undocumented immigrants and returned half of them to Mexico. The vast majority are Central Americans and Haitians. Those arrivals are also on the rise. Only in April of this year, the last month for which there are official figures, the immigration authorities detained more than 260,000 without papers.

In two years, almost half a million Hondurans have been detained after entering the US without papers, out of a total of almost four million asylum seekers, according to an official US count. The US vice president, Kamala Harris, mediated directly so that the president of Honduras, Xiomara Castro, who was absent at the last minute, attended the summit.

The Summit of the Americas ends this Friday with the signing of the migration agreement, called the Los Angeles Declaration. At the last minute, the president of Mexico, Andrés Manuel López Obrador, and the presidents of a dozen countries, including the Central American ones from which these asylum seekers depart, were also absent: in addition to Honduras, Guatemala and El Salvador. Those countries, however, have sent ministerial delegations that will sign the final agreement.

The US government has announced at this summit a series of initiatives dedicated to improving the Central American economy and discouraging emigration, including investments from the private sector worth 2,000 million dollars, or 1,800 million euros, and public aid of 300 million. In addition, a reform of the Inter-American Development Bank, IDB, was announced to strengthen investments in the private sector in the continent.

1 Minister Robles visits the 'Tigre' attack... 2 A fire in an old workshop under renovation in Usera... 3 Russia justifies the death penalty for three foreign... 4 The judge in the Villarejo case refuses to charge... 5 Japan pledges a greater security role in the region... 6 Bale laughs at his possible signing for Getafe: "I'm... 7 Sergi Roberto's pullita to his teammates after... 8 From exclusivity to disclosure: a debate on art books 9 Algeria sees precipitation on the part of Brussels... 10 Candeleda (Ávila) records the highest temperature... 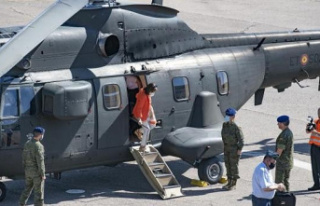