The European Commission will propose to extend for one more year the suspension of the fiscal rules that had been in force for the entire community territory until the start of the coronavirus crisis. 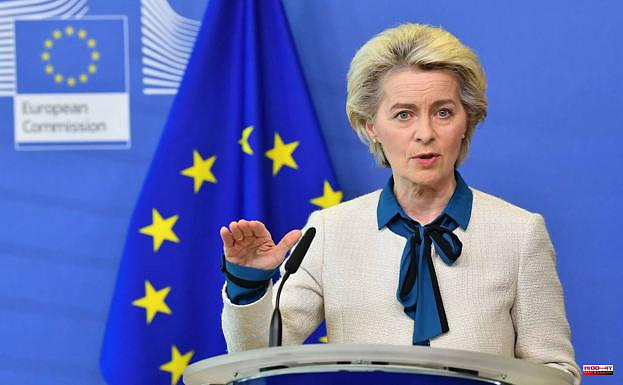 The European Commission will propose to extend for one more year the suspension of the fiscal rules that had been in force for the entire community territory until the start of the coronavirus crisis. In an economy suffocated by the war in Ukraine, high inflation and under the threat of gas supply cuts by Moscow, Brussels is committed to maintaining flexibility in public spending by member states. In this way, the public deficit of European countries may exceed 3% of GDP in 2023 -that was the historical rule- and they should not reduce their public debt to 60% -another of the limits imposed by the EU- on partners.

This extension of the escape clause -as these limitations are called- is a vital measure for Spain, which will hold general elections in 2023. According to Brussels estimates, the Spanish public debt will stand at 115.1% of GDP this year and 113.7% in 2023, being the country with the third highest deficit levels, only behind Greece and Portugal . Despite the fact that the EU foresees a reduction in the debt of member states in the next two years, 17 countries will exceed the 3% limit this year before reducing to 11 next year.

Faced with this situation, the Community Executive has proposed maintaining the escape clause in its package of measures for the next semester for another year, as the economic newspaper 'Financial Times' announced on Thursday. The extension of this mechanism, suspended since the start of the pandemic, was a demand that several States had already raised and must be ratified next Monday by the EU Ministers of Economy and Finance, at the Ecofin meeting, before be formally adopted.

The measure does not arouse the enthusiasm of all the members of the community club. While Greece, Italy, Portugal, Spain, France and Belgium will be the main beneficiaries of the extension of the clause -because they are the most indebted States-, organizations such as the European Central Bank (ECB) have warned of the need to raise rates in July in the face of runaway inflation. For their part, the US Federal Reserve (FED) and the Bank of England have already adopted measures in this regard.

And now, everything indicates that Brussels will certify that it will give one more year of margin to European countries to reduce their public debt, after revising downwards the economic forecasts for the region. The latest estimates suggest that the economy will slow down for the next two years in Europe as a result of the Russian invasion of Ukraine and that it will only grow 2.7% this year and 2.3% in 2023. The price of energy it has been revised upwards and the Commission assumes that it will continue to rise, weighing down activity and consumption.

The impact of the armed conflict will not be distributed in the same way among the Member States. The Eastern countries will be the ones that suffer the most, with less economic activity and higher inflation, being much more energy dependent speaking of Russia. In the case of Spain, the European Commission is optimistic and calculates a growth of 4% this year, thanks to the boost in tourism.

The extension of the escape clause also gives more room to the debate on the reform of the Stability and Growth Pact, under review since the beginning of the pandemic. Spain and the Netherlands tried to give a new impetus to the modification of the document at the beginning of April with a joint proposal to facilitate the balance of the public accounts. The idea is that the fiscal rules adapt to the circumstances of each State, leaving room for economic growth, public investment and reforms.

1 King Juan Carlos I lands in Vigo after almost two... 2 Damien Abad got into congé from LR 3 Page and twenty journalists from the region based... 4 María del Hierro Ayala will be Ciudad Real's... 5 Don Juan Carlos is already in Spain 6 Cyberattack at Collège Montmorency: personal data... 7 Santa Pola will host the World SUP Festival Costa... 8 About 60 boats are cited in the Torrevieja International... 9 Giroux: new logo, same passion 10 “The Step-Sisters” will be adapted to the cinema 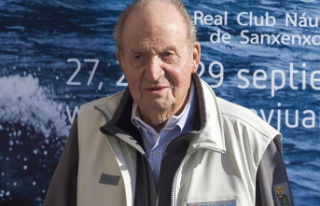 King Juan Carlos I lands in Vigo after almost two...