Damien Abad got into congé from LR 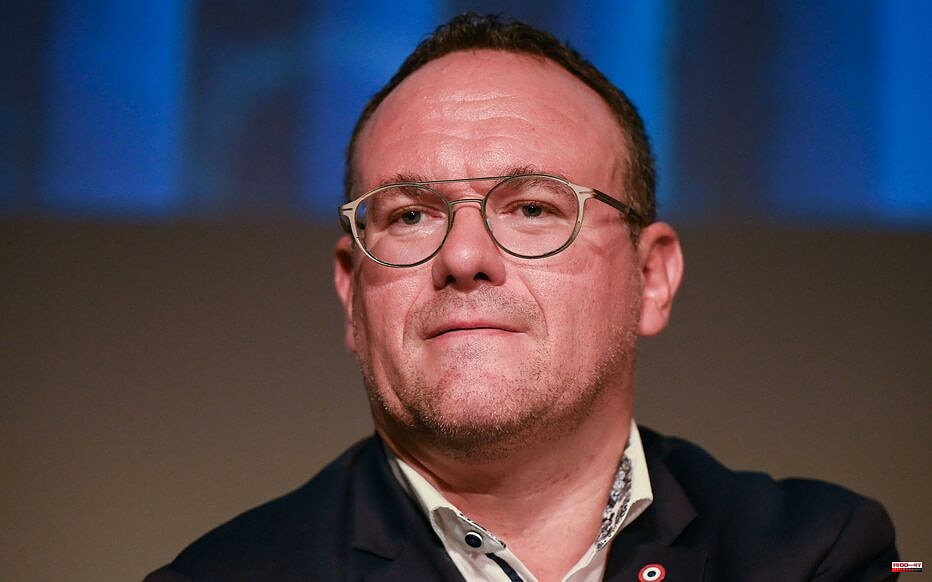 The outcome seemed inevitable for several days. The boss of LR deputies Damien Abad announces this Thursday evening in "Le Figaro" that he is leaving the presidency of the LR group in the National Assembly "for the sake of clarity, consistency and responsibility". In reality, the deputy of Ain, who also announces that he is going “on leave” from LR, was forced to resign, as party president Christian Jacob had asked him in the middle of the day.

While he does not face any LREM candidate against him in his constituency, Damien Abad, jostled on Tuesday by his colleagues during a video meeting, had promised to "clarify" his position within 48 hours. Thursday morning, at the end of this period, during a telephone exchange with Christian Jacob, he indicated that he would finally speak on Friday morning, angering the party president. An “additional time to wait for the composition of the government”, according to Christian Jacob who told him “that we could not wait for the goodwill of Mr. Macron to take it or not to take it from the government”.

“Our differences have accelerated in recent weeks”

In the interview with Figaro, Damien Abad does not specify whether or not he will join the government of Elisabeth Borne: “I have no comment to make. Even if he says he remains a "right-wing man", he does not specify whether or not he will join LREM. But settles accounts with LR. “Our differences have accelerated in recent weeks with the decisions of the political office and the choices of the presidential election in the second round. I draw the consequences today,” he said. Reference to a text adopted in the political office on April 11, between the two presidential rounds, and which recalled that the Republicans were "fungible neither in macronism nor in lepenism". Text on which Damien Abad had abstained.

Although he met Emmanuel Macron's adviser Thierry Solère between the two rounds, Damien Abad assures that there "is no counterpart" to LREM's choice not to oppose a candidate to him. Assuring that he simply does not want to have "wanted to fall into a systematic and caricatural opposition" to the executive, he claims to be "of Nicolas Sarkozy, Jean-François Copé or Philippe Juvin", who called for a form of cooperation with the presidential majority . “The reasons he puts forward are inexplicable, he has a good conscience but no one is fooled, he has already tried to sell himself to the Castex government”, we react this Thursday evening to the management of LR.

Logically, Damien Abad will therefore see an LR candidate facing him: this is the LR municipal councilor of Oyonnax Julien Martinez, a close friend of Xavier Bertrand. He has an appointment this Friday at 11 a.m. at the Ain prefecture to submit his candidacy as well as that of a substitute, with the benevolence of the LR authorities.

“He has great continuity in betrayal”

“We cannot betray our voters and walk them around like Abad walks them around. He can't hide until the last deadline like he does. For me, there is a breach of trust”, he explained to the Parisian on Thursday morning, evoking a “question of honor”.

For LR, the resignation of Damien Abad from his post as group president will allow, in the event of a government appointment, to put the weight of the war prize for Emmanuel Macron into perspective. It will undoubtedly fuel the accusations of treason against Abad, who successively moved from the UDF to the New Center then to the UMP where he was a Sarkozyist, close to Bruno Le Maire before being loyal to François Fillon , Laurent Wauquiez then Xavier Bertrand.

“What is good with Damien Abad is that he has great continuity in betrayal,” tweeted the (centrist) president of Normandy, Hervé Morin, on Thursday afternoon. In Liberation, in July 2020, Damien Abad defended himself from any opportunism in these terms: “I changed men because men changed or left the ship, like Le Maire when he leaves for Macron. »

1 Page and twenty journalists from the region based... 2 María del Hierro Ayala will be Ciudad Real's... 3 Don Juan Carlos is already in Spain 4 Cyberattack at Collège Montmorency: personal data... 5 Santa Pola will host the World SUP Festival Costa... 6 About 60 boats are cited in the Torrevieja International... 7 Giroux: new logo, same passion 8 “The Step-Sisters” will be adapted to the cinema 9 This is how the Spanish consume fresh: they spend... 10 Jokin Altuna will undergo surgery 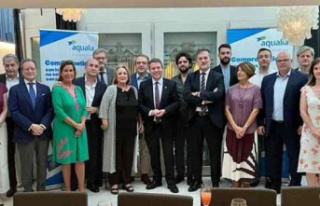 Page and twenty journalists from the region based...