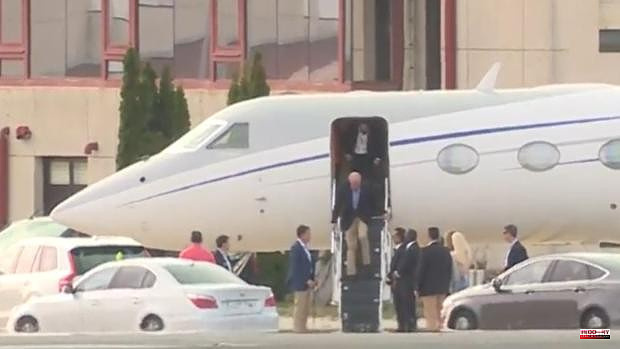 At 7:13 p.m. on May 19, 2022. It is the exact time and date of the return of Don Juan Carlos to Spain. The island of Menorca and later the port of Barcelona were the first snapshots of Spain that he could see from the private jet Gulfstream G450 of the private flight airline Bestfly.

After a 21-month stay in Abu Dhabi, Felipe VI's father has just set foot on Spanish soil. And he has done it at the Peinador Airport, in Vigo (Pontevedra), before the expectation of journalists, photographers and cameras, who throughout the day have been arriving at this small Galician airport.

At the foot of the track, the Infanta Elena and Campos

-an intimate friend of his and president of the Real Club Naútico- were waiting for Don Juan Carlos. The Infanta arrived in Vigo two hours earlier, at 5:00 p.m., on a regular Iberia flight that took off from the Adolfo Suárez Madrid-Barajas airport at 3:51 p.m. this Thursday. She along with two escorts, she was the last passenger to board the aircraft and the first to get off. An airline van has taken her to the authorities area, where she has remained until the arrival of her father.

“I am Pedro Campos, I have come to pick up His Majesty the King.” These have been the words of Pedro Campos to the Civil Guard agents who were at the door of authorized vehicles at the Vigo airport. Accompanied by his wife, the sailor has accessed the airport in his car inside the facilities.

Precisely Vigo was the last place where Don Juan Carlos was before leaving Spain. It was at the beginning of August 2020, when after spending a few days in Sanxenxo - enjoying the sea and good restaurants in the company of his closest friends - he traveled to Abu Dhabi "after a thoughtful decision" to install the residence there of the. In the following days, the House of S.M. the King reported on where Don Juan Carlos was and his intention to remain there until his judicial situation was clarified.

Juan Carlos I has been preparing this weekend since March 2, when the Prosecutor's Office filed the causes for which he was being investigated. He then started calling friends and planning this weekend. A few days that will be very similar to the last ones he spent in Spain: in Sanxenxo, sailing through Galician waters, enjoying the gastronomy at dinner and accompanied by his friends.

It will remain in Sanxenxo for the duration of the 6 meter class regatta that will be held at the Real Club Náutico de Sanxenxo until next Sunday. Tomorrow we will know if Don Juan Carlos will participate, or not, in the competition. What is certain is that tomorrow he will be seen at eleven in the morning at the marina.

«This visit is part of the desire of His Majesty King Juan Carlos to travel frequently to Spain to visit family and friends, and organize his personal life and his place of residence in areas of a private nature, as expressed the letter he addressed to His Majesty the King on March 5," they stressed in the statement.

The return of Don Juan Carlos occurs after a 21-month stay in Abu Dhabi, a period in which he has had family visits, although there is no evidence of any from Felipe VI.

As ABC has already reported, Don Juan Carlos plans to make a second visit to Spain from June 10 to 18, also with a stop in Sanxenxo where the same regatta of the 6-meter class of which he is now an amateur is being held.

1 Cyberattack at Collège Montmorency: personal data... 2 Santa Pola will host the World SUP Festival Costa... 3 About 60 boats are cited in the Torrevieja International... 4 Giroux: new logo, same passion 5 “The Step-Sisters” will be adapted to the cinema 6 This is how the Spanish consume fresh: they spend... 7 Jokin Altuna will undergo surgery 8 'Let yourself go' increases the number of... 9 The Canary Islands register the first suspected case... 10 La Nupes presents “a shared program of government”... 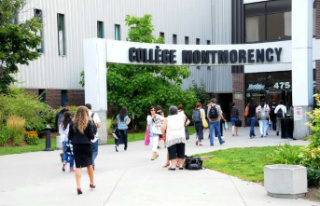