Biden uses war and abortion to launch the legislative campaign

We must vote Democrat to stop the abortion ban. 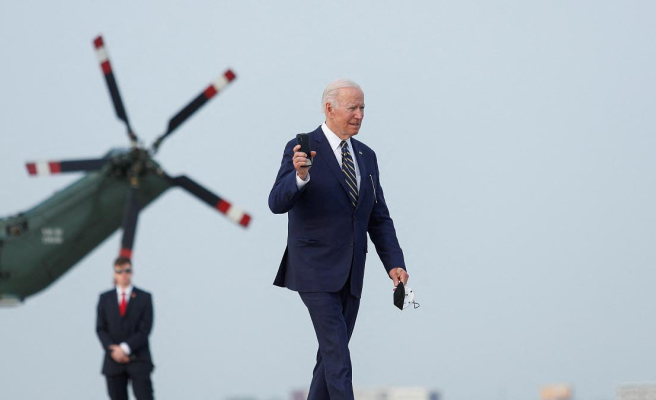 We must vote Democrat to stop the abortion ban. The blame for the price rise lies above all with Putin, in addition to the pandemic. Republicans want to impoverish the middle class through taxes. These are messages that Joe Biden is handling at the start of the campaign for the mid-term elections to renew the House of Representatives and a third of the Senate, next November.

The project of the conservative majority of the Supreme Court to overthrow free abortion, enshrined here in 1973 by another High Court ruling (Roe vs. Wade case), has been seen in the Democratic ranks as an opportunity to try to wake up their electorate . The ruling would validate 26 Republican state laws to end a right supported by most Americans. Hence, as soon as the draft of the ruling was leaked, Biden set off the alarms to call the voters to the ranks before what he proposed as a war in defense of what is most sacred in the lives of citizens: the planned sentence not only challenges " the fundamental right of women to choose”, she affirmed, but also “any other related to privacy and the most intimate decisions of people about their bodies, their lives and their families. Contraception and gay marriage could lag behind in the ultra-conservative offensive against such advances, he argues, she hopes, in the hope of pulling his voters out of the morass polls attribute to them.

On Wednesday, the president entered the electoral arena with a vengeance, in an intervention with a combative allusion to the ultra-conservative movement popularized by Donald Trump, MAGA (Make America Great Again, Let's make America great again): "The president will comment on his plan to reduce costs for working families and will contrast his approach with the Republicans' ultra-MAGA plan to raise taxes on families and threaten health and social insurance programs," the note said. The language of the ad left no room for doubt: the leader was rolling up his sleeves to get fully involved in the midterm campaign.

In the promised intervention, held in the Eisenhower government building, next to the White House, the first thing Joe Biden did was refresh the slogan he had created in March to blame Russia for the current phase of inflation, 8.3% : the highest for 40 years in the US It is the “Putin price hike”, labeled the president. And it is that the invasion of Ukraine has caused a rise in the cost of oil that explains 60% of the rise in inflation and is also behind the rise in food prices as the countries involved are "two of the world's breadbaskets," he argued. the.

The Republicans quickly replied that it is Biden himself who, with his “late” actions and his spending policies, is driving inflation. In recent days, the opposition has also found an unexpected additional ammunition in the crisis of shortages of powdered milk for babies: an estimated shortage of 40% with respect to demand. To the shortage of this product, caused by problems in the supply chain, must be added a deadly outbreak of bacterial infection among children who consumed milk from the largest manufacturer (Abbott), and that has legions of American parents on the warpath.

In his counterattack to the opposition, the president has decided to focus on the recurring issue of taxes. What happens if the Republicans take control of the Chambers and adjust the budgets to the “ultra MAGA” program? Well, that “75 million citizens of the country and their families will have to pay an annual average of 1,500 dollars more” to the State, while the rich would contribute less. That is the essence, he maintains, of the fiscal plan designed by Florida senator and member of the Republican leadership, Rick Scott.

Biden knows, and repeats endlessly, that the biggest concern of voters today is "how to fill the gas tank" without going bankrupt. But his strategy to face the challenge of inflation, based on releasing oil reserves, reducing costs for families and raising taxes on companies and individuals who earn the most, is of uncertain effectiveness and will take time to be noticed.

The president has no great recent achievements to sell. Its important rescue plan of 1.9 trillion dollars to face the economic damage of the pandemic, the advances in growth and employment or its infrastructure program for 1.2 trillion are not enough to compensate for the disappointments caused by the burial of the flagship plan for social and environmental spending of 1.75 billion – rejected by Democratic senators Joe Manchin and Kyrsten Sinema – and by the notorious failures of the laws to protect the right to vote, reform the police and face the challenge of immigration.

In the absence of a good results sheet in domestic politics and with an approval rating close to 40%, Biden intends to make a virtue of necessity; from war, a defense weapon; and from defeat – in the case of abortion – a battering ram for future victories. A complicated strategy.

1 North Korea: 15 new deaths from "fever"... 2 Caring 3 Richard Branson: "My mother taught me that life... 4 Mango's American Dream 5 Wave of layoffs at Silicon Valley start-ups 6 The shortage of technological talent triggers the... 7 Candidates are sought for mayor of Barcelona 8 The CNI, the Russians and the independence movement 9 THE DIALOGUE MUST CONTINUE 10 The consensus on Catalan at school succumbs to the... 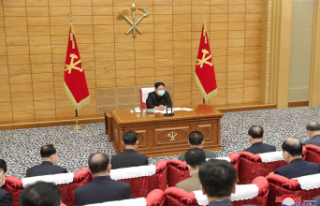