Richard Branson: "My mother taught me that life is a party"

From the fifteenth floor of the Valiant Lady cruise ship, where the swimming pools, right under the blue of the sky, the tycoon Richard Branson contemplates Barcelona. 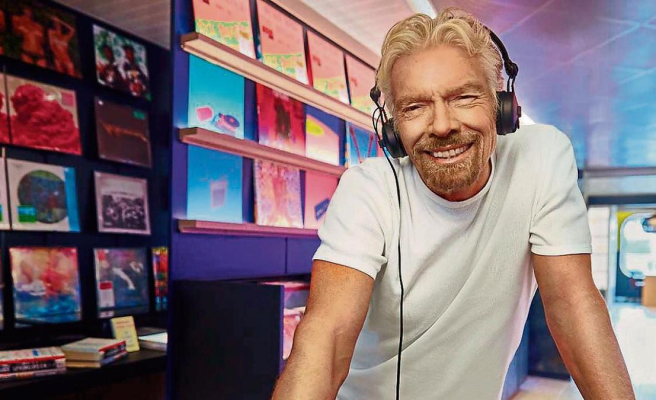 From the fifteenth floor of the Valiant Lady cruise ship, where the swimming pools, right under the blue of the sky, the tycoon Richard Branson contemplates Barcelona. The cruise ship owned by him, coming from Mallorca, will make weekly routes through the Mediterranean – three different ones – with stops in the Catalan capital, where yesterday he gave this interview to La Vanguardia.

With so many businesses, why a cruise ship?

I didn't like cruises, and I wondered why, and I came to the conclusion that I didn't see it as a place to have fun with my friends. So I designed a cruise where that was possible.

No kids, is that it?

Yes, adults only is the concept. It's not that I don't like children, I have two wonderful children and five grandchildren. But... here we receive only adults willing to relax and have a great time.

And what do their grandchildren say?

They organized a conspiracy with little friends to get on the Valiant Lady. I have not given in: I have told them that they will go up when they turn 18.

What does this cruise ship have that no other?

Read the comments on Trip Advisor: people enjoy themselves here. There are twenty restaurants with all the world's gastronomic offerings at the highest level of excellence, there is all the entertainment imaginable, there are casinos, parties, nightclubs, musical performances, several gyms for directed training, swimming pools, a tattoo parlor...

You will also have seen the workers, the best of the cruise: young, spirited, from half the countries in the world, from 80 nationalities working together, including Ukrainians and Russians.

Richard Branson, founder of the Virgin Group, had planned to be in Barcelona together with Tom McAlpin, CEO of Virgin Voyages, and Nirmal Saverimuttu, Chief Experience Officer. McAlpin has not been able to reach Barcelona as he was surprised by a hurricane in the Caribbean.

You do not stop undertaking: what is your engine?

My curious mind At the age of 15, I left school to embark on a path of learning. Half of that path has crystallized in the Virgin group, and the other half in my work for the world.

Give me an example of that work for the world.

The persecution of drugs is a great failure that has lasted 70 years: let's change that, it is absurd that even today we continue criminalizing, imprisoning and shooting young people for drug possession.

And what do you propose?

As in its day alcohol was decriminalized after the period of the so-called "dry law", I am in an international committee to get drugs decriminalized.

Aren't you afraid of greater evils if you succeed?

No, because then it will be a matter of fully informing people about the consequences of their consumption, and holding ourselves accountable instead of criminalizing so many people.

Another business now in fashion is that of cryptocurrencies.

I don't consider myself a great expert on that.

But would you invest?

It's a good time, in my opinion. But I advise investing a small amount of the investor's assets, and always do it in a very diversified way: cryptocurrencies, ethereum, bitcoin, blockchain...

And what advice would you give me to undertake with guarantees?

There is no guarantee of success, sorry. But if you have an idea with which you see that you can make life easier for others, go for it and get started!

Is that your secret?

Yes, it is about offering others something better than what is available. I was going to fly from Puerto Rico to the Virgin Islands and that flight failed. A girlfriend of mine was waiting for me and I wanted to be with her, so I rented a plane... and there I placed other passengers as hung up as I was.

Don't tell me that's how your airline was born!

Yes, Virgin Atlantic was born because I wanted to see my girl. That day I discovered that there was a need and that I could cover it.

And what projects do you currently have on your mind?

I put a lot of energy into my aerospace project. And also to Virgin Orbit, a chain of small telecommunications satellites that will interconnect the entire planet.

Yes, I have become involved in a non-profit conflict resolution company: that is sorely lacking in the world. And I'm also involved in other projects for the world: stop climate change, decriminalize drugs, improve the international administration of justice...

I know your mother has been very inspiring to you...

I would like to dedicate a few lines to him in this interview.

And I thank you very much for your interest... I will tell you that, unfortunately, the covid pandemic has just taken her, at 90 years old, like so many other people...

As a child, his shoe put me in my place, of course. And he helped me a lot. And she has always been an example for me.

Mom said "yes" to all the plans that life offered, and I and everyone always had to run after her.

For saying "yes" may be another vital key, Sir Branson...

You're right: my mother wanted to make life a party and go away one day in the best of that party, and she has succeeded.

1 Mango's American Dream 2 Wave of layoffs at Silicon Valley start-ups 3 The shortage of technological talent triggers the... 4 Candidates are sought for mayor of Barcelona 5 The CNI, the Russians and the independence movement 6 THE DIALOGUE MUST CONTINUE 7 The consensus on Catalan at school succumbs to the... 8 Nikita Zadorov gets away with it, the Stars motivated 9 PGA: Munoz will start the final round in the lead 10 the other events 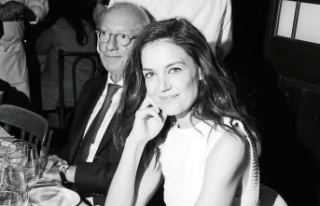