The fashion company Mango has launched this week one of its biggest international expansion plans since Isak Andic (Istanbul, 1953) founded the firm in Barcelona 38 years ago. 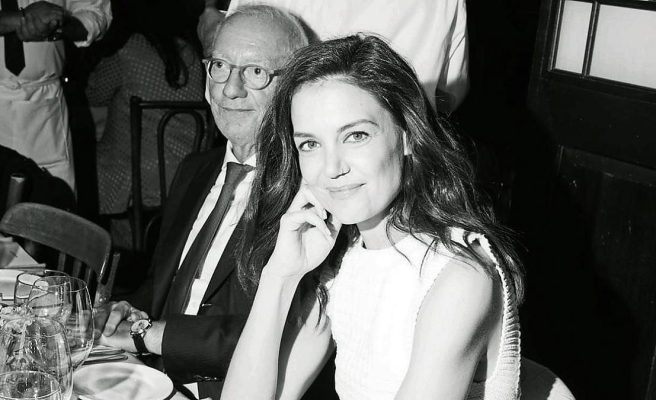 The fashion company Mango has launched this week one of its biggest international expansion plans since Isak Andic (Istanbul, 1953) founded the firm in Barcelona 38 years ago. At the beginning of its deployment in the United States, which symbolizes the recent opening of a flagship store in the most exclusive area of ​​Fifth Avenue in New York, the growth in India is added by the hand of a commercial partner (Myntra), two bets strategic whose evolution and results will mark the direction of the company in the medium term.

The challenge is enormous, they recognized in the group during the presentation of the New York establishment last Wednesday. The nearly 40 stores that they plan to open in North America by the end of 2024 will be financed with their own resources – some 100 million euros for a company that had a turnover of 2,234 million last year. The firm has tried different formulas to enter the United States since it opened its first point of sale in the country in 2006, and they hope that this will be the definitive one. In India they face a tangle of legislation and different commercial conditions, in addition to important cultural differences, in each of the regions that make up this subcontinent, which is why they have chosen to go hand in hand with a partner. The goal: to make the United States one of its top five markets in a few years, with an annual turnover of around one hundred million, a position that India can also occupy in the medium term if the plan is successful.

Movements of this caliber only occur if a company is experiencing a sweet moment and priorities are aligned. This is what has happened in the company since Andic himself signed the current CEO, Toni Ruiz. In 2015, the owner of Mango was looking for a manager who would reorient the financial situation of the company. Andic, involved in attracting talent from his group, asked people from the business world for advice, sources in the sector explain. “I need someone I trust,” he said, and the name they gave him was Toni Ruiz, a graduate in Economics from the UB and a master's degree in economics and business management from Iese, then a manager at Leroy Merlin. While Ruiz was on a business trip in Greece, he received a call from Andic, who invited him to a meeting on his return to Spain. After a second call to close the appointment and the subsequent meeting, the signing was decided. "If Isak Andic calls you to take you to his team, it's hard to resist," comment sources from the textile industry.

From the financial management, Ruiz has been climbing positions in Mango, until being promoted to general director first and CEO later. During these years, he has cleaned up the group's accounts and has dealt with the pandemic crisis, which fully affected the commercial sector. From a total debt of more than 1,000 million in 2016 and losses of almost 61 million, he has gone on to have a net financial position of 8 million and earn 67 million euros in 2021, more than before the covid. Billing forecasts for this year exceed the record figures of 2019.

"Mango has the best management team in its history," said Andic at the opening party for the Fifth Avenue store. A team led by Ruiz, in full agreement with Andic, and which also includes Elena Carasso, the group's online director and the person who convinced the president of Mango to commit to online sales fifteen years ago, Margarita Salvans, financial director –the former position of Toni Ruiz–, Daniel López, head of expansion, or César de Vicente, head of retail, among others.

Together they make up the team that has made Isak Andic and Mango's dream of opening on Fifth Avenue come true, and who are ready to take the company to a new level of activity. The launch of the flagship in the commercial heart of New York shows the relevance that they give to the operation: almost 300 guests, influencers, models and the presence of the actress Katie Holmes –she was scheduled to attend the party of the late at the store, but the unexpected presence of paparazzi made him reserve for the later dinner at the Balthazar restaurant, in New York's Soho, where he shared an evening with Andic, his family and more than a hundred diners–.

Ahead, Mango now has three years to show if their commitment, as they foresee, works and is consolidated.

1 Wave of layoffs at Silicon Valley start-ups 2 The shortage of technological talent triggers the... 3 Candidates are sought for mayor of Barcelona 4 The CNI, the Russians and the independence movement 5 THE DIALOGUE MUST CONTINUE 6 The consensus on Catalan at school succumbs to the... 7 Nikita Zadorov gets away with it, the Stars motivated 8 PGA: Munoz will start the final round in the lead 9 the other events 10 Autism is not a disease 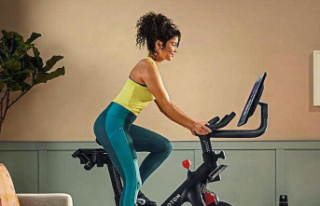