Avícola Galocha: a business that grows with many wings and feathers

Some companies are an example of family tradition and others stand out for knowing how to evolve to adapt to market demands. 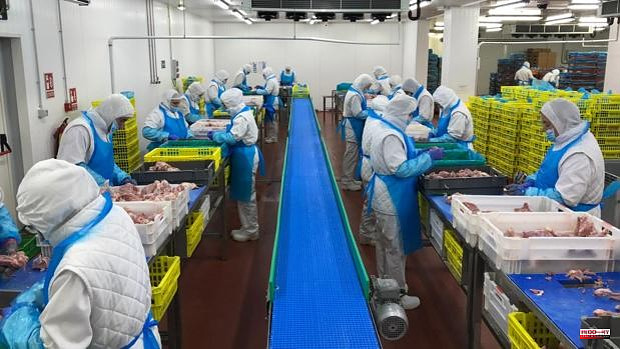 Some companies are an example of family tradition and others stand out for knowing how to evolve to adapt to market demands. Avícola Galocha, located in San Cristóbal de Entreviñas, in the Zamora region of Benavente and Los Valles, meets both conditions and has been able to turn wings and feathers into an agri-food business that generates employment in rural areas and meets the high demand for products poultry. The company currently employs nearly two hundred people, of which 140 are on the payroll of the poultry company and fifty are indirect jobs derived from its activity.

The magnitude of the business is reflected in the figures of the company, which invoiced nearly twenty million euros in the last financial year and markets six million chickens annually, with sales focused on meeting national demand and whose export figures are not remarkable. .

The volume of chickens slaughtered -up to 25,000 per day-, which has increased significantly since 2016, has led to investments in recent years aimed at automating the lines for cutting and deboning breast meat, the loading dock and expansion of cold rooms. In the same way, Avícola Galocha foresees plans to undertake new investments such as the automation of the airing and classification of carcasses and thigh deboning lines, as well as a project to install photovoltaic solar panels to meet part of the energy needs with its own sources. .

The business has not been immune to the consequences of the pandemic in the last two years, with a drastic drop in consumption at the beginning, all in the hotel, restaurant and catering channel. Fortunately, it has been recovering as borders have been opened and restrictions have been eased. The company has also had to face the increase in energy costs, which has led to an increase in production and transport costs, without being able to pass it on to the sale price of poultry products. Likewise, the war in Ukraine represents a stumbling block due to the rise in the price of cereals. In addition to a slaughterhouse and cutting rooms, Avícola Galocha has ten of its own chicken-breeding farms, without being able to apply this increase in the cost of feed to the final price of the product. Even so, the company already has experience of surviving in difficult times: when avian flu led to a closure of borders for exports, the storage of goods was increased until Spain finally obtained the status of a country free of the disease.

The history of this family business dates back to 1939, when the grandmother of the current owners, Remedios Pozo, began raising, slaughtering and selling chickens from house to house in Benavente at a time marked by necessity and hard work after the war. . Later, her son, Fernando Galocha, continued the family business, which he took over in the 1950s, when he promoted the industrialization of the company. At present, it is the third generation of the family, with Maite and Fernando Jr., who is in charge of the firm. The current managers have given an important boost and propitiated its stage of greatest growth between 2016 and 2018, when as a result of that commitment to size up, they went from 26 to 128 workers.

Now, they have ten farms of their own, thirty integrated in the area and a traceability system that ensures the quality and homogeneity of all production while guaranteeing the animal welfare of the chickens. The marketed product is mainly taken to Castilla y León, Asturias, Madrid, Andalusia, the Valencian Community and Catalonia. Avícola Galocha also has two of its own direct sales stores in Benavente, although its main client is the Catalan group Audens Food, dedicated to pre-cooked and frozen dishes and which has one of its production centers in the Zamora town of Roales del Pan.

1 Ornitocyl returns to Ávila from June 17 to 19 2 The businessman who was investigated by Villarejo... 3 Iberia begins operating long-haul flights with Repsol... 4 Audios of Thebes appear: «You have to kill Rubiales... 5 Madrid completes the protection of Aleixandre's... 6 Criticism of The Alibi: An interpretation without... 7 Biden: US sends medium-range rocket systems (MRO)... 8 Clara del Rey Balvo: heroine of May 9 The desperate call of a Valencian mother: "Protect... 10 The invention without historical basis or social roots... 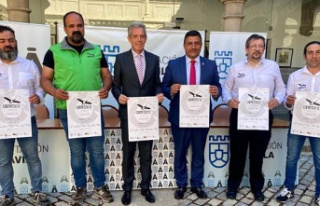 Ornitocyl returns to Ávila from June 17 to 19