When contemplating the impressive images that arrived from the Ukraine, there are many parallels, the almost identical common stories, 'mutatis mutandis', which bring to mind the events of May 2, 1808 and the subsequent uprising of the Spanish. 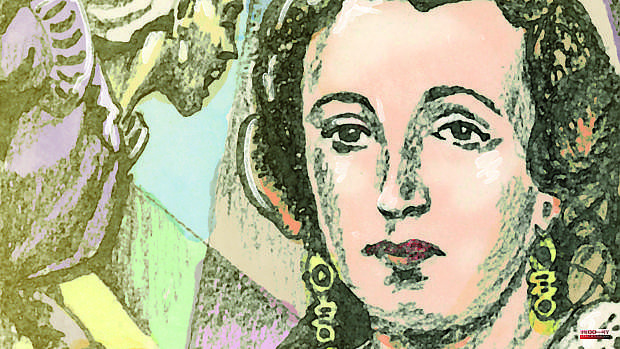 When contemplating the impressive images that arrived from the Ukraine, there are many parallels, the almost identical common stories, 'mutatis mutandis', which bring to mind the events of May 2, 1808 and the subsequent uprising of the Spanish. Our ancestors did not suspect then that that accumulation of individual and collective heroism, before the almighty French army, would be the beginning of the end of the Great Corsican.

In both cases we find simple people who, overnight, found themselves with a weapon in their hands, determined to fight and die. And also brave women. In our War of Independence there were many who starred in memorable episodes. Each in their own way, regardless of the risks. Some would pay dearly for it, like the young Lorenza Iglesias who, according to tradition, during the French siege of Ciudad Rodrigo fired a cannon from the Casa de los Chaves and, running out of ammunition, went down to the street and began to stab all the soldiers she found in her path until she was shot dead.

Others used different weapons, but no less effective. Like the venerable abbess of Santa Clara de Tordesillas that she, in her famous meeting with Napoleon at Christmas 1808, she captivated him and managed to pardon three sentenced to death. Or those known as La Nicolasa and La Rosita, in Valladolid. Lovers of Generals Dufresse and Kellermann, his discreet espionage work was crucial for the guerrilla groups to sow terror among some deranged French. An activity not without risks, since La Rosita was discovered and imprisoned in the fall of 1811, as recounted in his fascinating diary by Francisco Gallardo, then chancery attorney.

The mythical day of May 2, etched in blood and fire in the collective imagination of the Spanish, also witnessed the value of women. Sixty, of all conditions and ages, from old women to girls, died that day. Like the 16-year-old Catalina Pajares from Segovia, killed by the shots she received when she looked out on the balcony of her house. Or the sixty-year-old Lucinda Escudero, from Cantalapiedra, who died at the Hospital de la Pasión. And, among them, some became legendary such as Manuela Malasaña, daughter of the French baker Jean Malesange, whose surname she Spanishized. Others, on the other hand, like Clara del Rey, remained submerged in an unjust anonymity for a long time.

However, recent historical research has changed the picture. It seems that Malasaña did not die in combat, as was believed, but that she was executed by a French patrol when scissors were found in her possession. On the contrary, the figure of Clara del Rey emerges strongly.

Manuel Castellano or the famous Sorolla immortalized in their paintings the Numantine resistance that, led by Daoiz and Velarde, took place in the Monteleón Barracks. In them, at the feet of the heroes, lies the corpse of a woman who, for historians like Juan Carlos Montón, is undoubtedly Clara del Rey, who is claimed as the true protagonist of May 2. Pérez de Guzmán, in his biographical catalog of those who fell on this fateful day, describes her as "one of the most illustrious heroines of the Artillery Park", who "from the first moment of the tumult exhorted her husband, Manuel González Blanco, and to his three sons, Juan, Ceferino and Estanislao, the eldest nineteen and the youngest fifteen, to take part in the national journey, helping the heroic Spanish artillerymen». Not for a moment did she depart from the side of the cannons, where, warming with her cries the courage of her children, she «she received her death, wounded in the forehead by the shell of a cannonball ». It is believed that one of them and her husband also fell with her.

More stark, Galdós affirms in his 'Episodes nacionals' that "she fell so violently wounded by a shrapnel helmet, that disgusting pieces jumped out of her shattered head, splashing us." Arturo Pérez-Reverte, in 'Un día de cólera', also dedicates a few words to her: «Shortly afterwards, next to the cannon that she attends with her husband and children, the neighbor of the Clara del Rey neighborhood falls, hit by a piece of shrapnel that breaks his forehead."

Very little is known about his life. She was born in Villalón de Campos, she would move to Madrid, at the beginning of the century, in search of a better future. She was accompanied by her children and her husband Manuel, who had a tailor shop on Toledo Street. They lived on Calle de San José a las Maravillas, now the Malasaña neighborhood.

This Castilian Agustina de Aragón has been the object of growing recognition in the Spanish capital: a street in the Prosperidad neighbourhood, an institute, various commemorative plaques... However, in the region where she was born, so stingy with her most distinguished sons, hardly anything reminds of the one who was described as the most selflessly sublime of the heroines of the Artillery Park.

1 The desperate call of a Valencian mother: "Protect... 2 The invention without historical basis or social roots... 3 Winona Ryder goes grunge in Marc Jacobs Campaign Launching... 4 Chris Paul Throws a Sneaker-Themed 13-Year Old Son... 5 N.C. Man who won $10 million lottery sentenced to... 6 Biden sets New Zealand as an example to limit guns 7 Intercepted Recording Shows Russian Soldiers Almost... 8 Gazprom announces that it has already "completely"... 9 The trial for the Alvia accident will be held in the... 10 Mazón asks the European Commissioner for Food Safety... 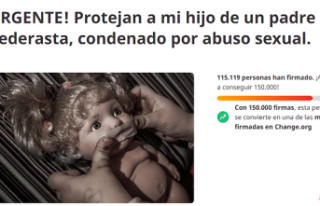 The desperate call of a Valencian mother: "Protect...