The desperate call of a Valencian mother: "Protect my son from a pedophile father convicted of sexual abuse"

Sandra's ordeal began six years ago when she learned that her husband was sexually abusing her daughter. 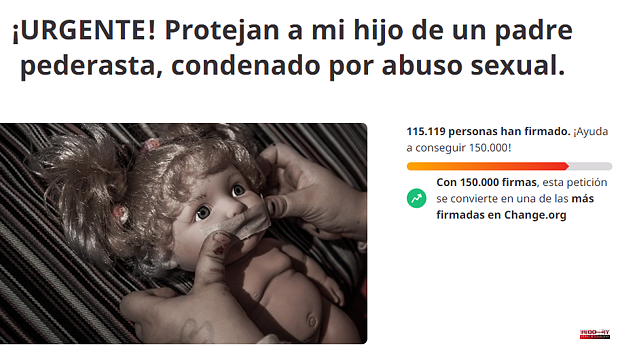 Sandra's ordeal began six years ago when she learned that her husband was sexually abusing her daughter. Her youngest, only ten years old and the result of a past relationship, confessed to her mother after attending a prevention talk by the Civil Guard at her school located in the Valencian town of Gandía.

After denouncing the facts, the aggressor was sentenced to five and a half years in prison, a sentence that he has already served and after which he has requested the Family Judge instructing the case to visit the son they had in common, now about ten years old old. The woman, advised by different women's groups, filed a complaint with the disciplinary commission of the General Council of the Judiciary (CGPJ) against the magistrate's decision to order a new exploration of the custody of the minor.

Specifically, it commissioned an expert belonging to the Institute of Legal Medicine of La Safor to issue a psychological report to study the possibility of granting a new visitation regime for the minor. "A pedophile cannot be near children," says the woman in a public petition on the Change.org website that has already accumulated more than 115,000 signatures.

«There is a conviction for sexual abuse of a minor from the Provincial Court endorsed by the Supreme Court, having just been released from prison after five years and six months and being on probation, is there still room for the presumption of innocence?», reflects the mother on her Twitter account.

In addition to the prison sentence, the Court of Valencia decreed the special disqualification of eight and a half years for professions or trades that involve direct contact with minors, as well as four years of supervised freedom, a restraining order on the girl from ten years and a compensation of 30,000 euros.

Now, after serving her sentence and being released last October, her ex-husband has requested to see her son on alternate weekends, several afternoons from Monday to Friday and a certain period during her vacations. Faced with this situation, Sandra defends that "an abuser should not have parental authority over any child nor can he be a good father."

Since the convict maintains a disqualification to approach minors for eight years, the child's mother does not understand the judge's decision to order a new exploration of the visitation regime. "Both my children and I deserve to have a normal life, not be trying to survive with this psychological and economic wear for six years," she alleges.

"In Spain we believe in reintegration, but this type of sexual aggressor does not reintegrate, less when today he continues to deny the facts and blame me for having let my daughter be heard," he says in his complaint published on Change.org . Thus, he states that "her son is in danger of the same thing happening to him as her sister."

The sentence, issued in March 2017, compiles the different abuses of the stepfather to the minor between August 2015 and April 2016, when they lived in the family unit with his wife, another daughter of hers and the minor, who for I was four years old at the time. The ruling states that the convicted man "took advantage of the fact that the mother was not at home to enter the victim's room and touch her under her clothes."

Since then, the mother has lived in anguish awaiting the final court decision and both she and her daughter have required psychological therapy at certain times due to the serious consequences suffered. “I find it hard to understand that Justice believes it is necessary to maintain contact between a son and a father convicted of continued sexual abuse of her sister, after spending more than five years without seeing him,” she emphasizes.

Apart from the judicial dispute, Sandra's anguish extends to the meetings between her son and the minor's paternal grandmother, with whom her ex-husband lives after leaving prison. She explains that every Wednesday she "takes him away unsupervised" and "with the simple warning that she puts in the sentence that she not put him in contact with her father." However, she denounces that no one controls whether or not this guideline is followed, which is why she urges that the visits take place at a Family Meeting Point, something that the legal representatives of her ex-partner ruled out.

In addition, for months, Sandra has been demanding the help of a specialized lawyer "who looks after the best interests" of her son through different platforms. "My resources do not allow me and the lawyers are not responding to me," says the woman, who also says she has spent more than 20,000 euros on lawyers and has received numerous insults on social networks.

1 The invention without historical basis or social roots... 2 Winona Ryder goes grunge in Marc Jacobs Campaign Launching... 3 Chris Paul Throws a Sneaker-Themed 13-Year Old Son... 4 N.C. Man who won $10 million lottery sentenced to... 5 Biden sets New Zealand as an example to limit guns 6 Intercepted Recording Shows Russian Soldiers Almost... 7 Gazprom announces that it has already "completely"... 8 The trial for the Alvia accident will be held in the... 9 Mazón asks the European Commissioner for Food Safety... 10 This is how the Rolling Stones party was in Madrid:... 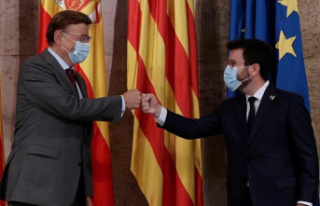 The invention without historical basis or social roots...