Iberia wants to point towards full recovery on long-haul flights. 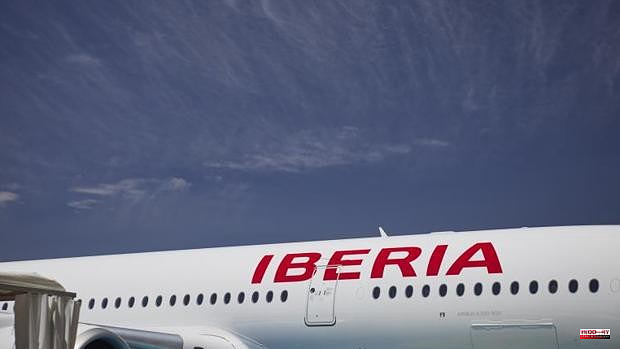 Iberia wants to point towards full recovery on long-haul flights. And it will do so by further expanding its wings in the United States, a historic market for the airline. The company inaugurates this Wednesday the Madrid-Washington and Madrid-Dallas routes, in addition to recovering the route from the Spanish capital to San Francisco. A commitment that it also wants to carry out by advancing in the decarbonisation process in which the company is immersed and in which Repsol is also participating: the three flights scheduled for today will be operated with a biofuel that the oil company has produced from waste food products at the Petronor refinery, located in Bilbao. The first time they use this type of fuel on intercontinental flights.

Specifically, the first flight incorporating the biofuel will serve to inaugurate the Madrid-Washington route this Wednesday with a twin-engine Airbus A330-200 aircraft with capacity for 288 passengers. Also with the same fleet and fuel, Iberia will recover the Madrid-San Francisco route today after two years of pandemic and will kick off the Madrid-Dallas route.

The initiative is part of the collaboration agreement signed by Repsol and Iberia last July, which includes a roadmap for the promotion of sustainable aviation fuels (SAF). Both companies explain that in recent months they have collaborated on the Aviator project. A plan with which they are analyzing the impacts of aviation emissions on the air quality of airports.

In fact, this Wednesday's flights are not the first in which Iberia has incorporated this biofuel. Without going any further, last November they operated the first Madrid-Bilbao flight with sustainable fuel from waste. They did it with a mixture of fuel in which the biojet represented 2%, like the one that will be used in the three flights to the United States that Iberia opens this Wednesday.

In the future, Iberia and Repsol will operate new flights with a growing percentage of biofuel mix that can reach up to 50%. This product will be produced in the first advanced biofuels plant in Spain, which is scheduled to come into operation in 2023 in Cartagena. Also in 2024, Repsol and Iberia plan to operate with synthetic SAF (e-fuel) produced at the Petronor plant in Bilbao. In addition, both companies are working on a project for the use of HVO (Hydrotreated Vegetable Oil) in vehicles for airport services.

In addition, both companies are integrated into the Shyne (Spanish Hydrogen Network) consortium, led by Repsol to accelerate the development of green hydrogen in Spain.

"Aviation faces a very challenging challenge that can only be achieved by taking steps like today's, which promote the production of fuels from sustainable sources in sufficient quantity and at competitive prices, so that this allows us to advance in the ecological transition of the airline sector» commented this Wednesday during the presentation the president of Iberia, Javier Sánchez-Prieto. According to both companies, only in these three flights, they have managed to reduce CO2 emissions into the atmosphere by 125 tons.

For his part, for the CEO of Repsol, Josu Jon Imaz, the commitment of Repsol and Iberia means one more step "in the objective of achieving zero net emissions in the year 2050, being the first company in the sector to adopt this ambitious goal ». “We have to decarbonize liquids. This project must also serve to industrialize Spain» concluded the executive of the oil company. 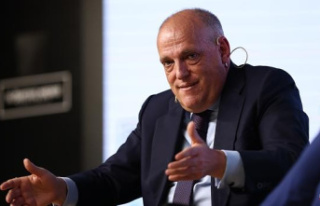 Audios of Thebes appear: «You have to kill Rubiales...