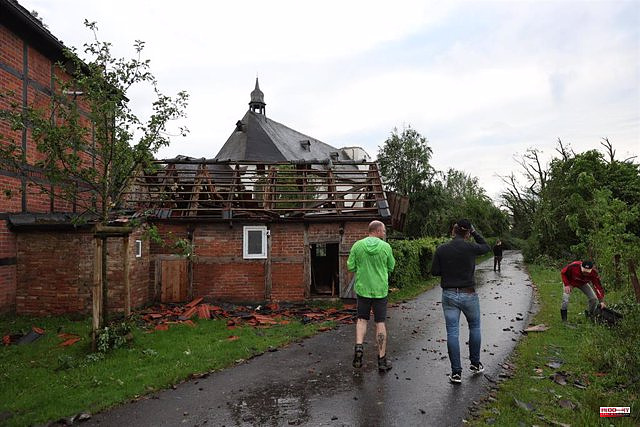 At least one dead and dozens of people injured after the passage of a tornado that has generated powerful storms and floods this Friday night in western Germany, causing numerous damage to buildings, houses and properties.

Authorities in North Rhine-Westphalia have reported that between 30 and 40 people have been injured, at least 10 of them seriously, after the tornado hit the area. In addition, according to the German Police, a man has died in Rhineland-Palatinate after entering a flooded basement, where he has suffered an electrocution.

In the German state of Bavaria, in the southeast of the country, at least 14 people have been injured after the roof of a building collapsed, for which a woman and a child had to be taken to a hospital with serious injuries.

"During a thunderstorm on Friday afternoon, a tornado traced a path of destruction from west to east through the center of Paderborn in the direction of the eastern parts of the city," German police said.

The tornado has also caused "severe damage" when crossing Lippstadt, about 35 kilometers away, according to local officials, with numerous roofs and uprooted trees that have caused some 120 bathers, in a pool in the area, to be trapped. temporarily.

After registering more damage to cars and even to the bell tower of a church, in the town of Hellinghausen, a crew of between 200 and 300 firefighters has moved to the area to manage the incidents, many of them from towns and neighboring villages.

Likewise, the fall of branches and trees has paralyzed train travel between Paderborn and Altenbeken and trains have been diverted in the region due to a tornado that has caused severe weather alerts in different areas of the country this Friday night.

1 Sentenced to 36 months in prison for money laundering... 2 The Minister of Defense visits the Pentagon after... 3 Russia cuts gas to Finland 4 China: in the middle of the night, thousands of Beijing... 5 NBA play-offs: Golden State overthrows Dallas and... 6 At least three civilians killed in the Donetsk region... 7 New government: parity is respected, but the sovereign... 8 The other map of La Palma, the one of the uncertainty... 9 One dead and dozens injured by a tornado in Germany 10 Non-community travelers can enter Spain with a negative... 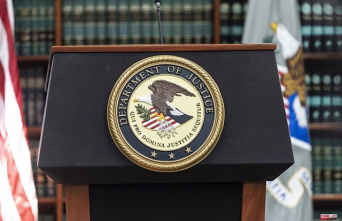 Sentenced to 36 months in prison for money laundering...