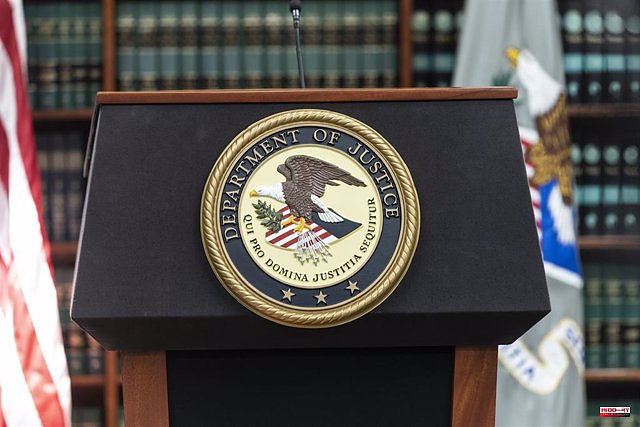 The sons of the former president of Panama Ricardo Martinelli, Luis Enrique and Ricardo Alberto, have been sentenced to 36 months in prison and a fine of 250,000 dollars (236,652 euros) for their participation in a "massive money bribery" in the framework of the case of the Brazilian construction company Odebrecht.

"The Martinelli brothers used American banks to commit their selfish and greedy fraud, and now it is the American legal system that does justice with today's sentences, especially for the people of Panama," said the attorney for the Eastern District of New York. York, Breon Peace.

As Deputy Attorney General Kenneth Polite explained in a statement from the United States Department of Justice, Martinelli's sons "directed millions of dollars in bribes through US banks to their own accounts in Switzerland to help Odebrecht gain corrupt influence." at the highest levels of the Panamanian Government".

"Today's rulings show that the Justice Department remains committed to prosecuting individuals who enable and profit from laundering corrupt payments to foreign officials through the financial system, as well as those who seek to spend the proceeds of corruption in the United States. United," he added.

The indictment of the Department of Justice indicates that the Martinelli brothers acted as alleged intermediaries in the payment of 28 million dollars -- almost 25 million euros -- by Odebrecht to a former active Panamanian official, a close relative, during the period of 2009 to 2014.

Approximately 19 million dollars (17.9 million euros) from the bribes were transferred through US banks. Luis Martinelli also used part of the profits from this scheme to buy a 1.7 million yacht and a farm valued at 1.3 million in the country, while his brother Ricardo spent hundreds of thousands of dollars on personal expenses.

"The defendants laundered millions of dollars in bribes through the US financial system to benefit a close relative and maintain their lavish lifestyle," said Luis Quesada, deputy director of the FBI's Criminal Investigation Division.

In this sense, he has indicated that this sentence "shows that the FBI and the partners in charge of enforcing the law are committed to bringing to justice anyone who allows the corruption of public officials for personal gain."

Both pleaded guilty before the United States Justice of a crime of conspiracy to launder money. With regard to his father, last November, the Trial Court of the First Judicial Circuit of Panama acquitted the former president for the 'Pinchazos' case, in which alleged illegal wiretapping was being investigated.

1 The Minister of Defense visits the Pentagon after... 2 Russia cuts gas to Finland 3 China: in the middle of the night, thousands of Beijing... 4 NBA play-offs: Golden State overthrows Dallas and... 5 At least three civilians killed in the Donetsk region... 6 New government: parity is respected, but the sovereign... 7 The other map of La Palma, the one of the uncertainty... 8 One dead and dozens injured by a tornado in Germany 9 Non-community travelers can enter Spain with a negative... 10 DIRECT. Ligue 1: who will be in Ligue 2 and the Champions... 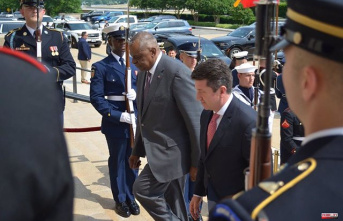 The Minister of Defense visits the Pentagon after...