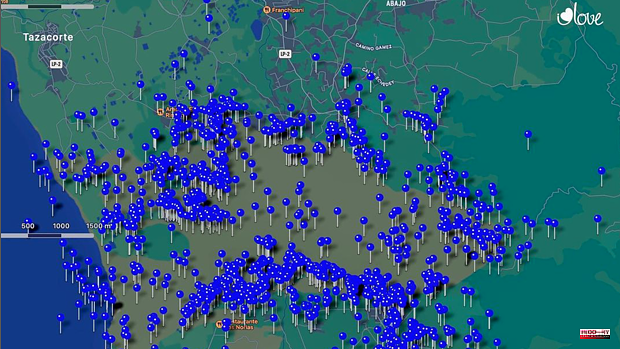 Officially, the La Palma volcano buried 1,218 hectares, 1,676 buildings, 1,345 houses, 370 hectares of crops, and 73.8 kilometers of roads. Instead, the map of desolation is larger. The proximity of the lava, the effects of earthquakes, multi-story houses completely buried in ashes and new mouths amplified the threat. The company I Love The World shows another map, that of palm tree uncertainty. It has more than 3,000 points.

"The uncertainty, the hell of those affected, more than 3,000 GPS locations requested by the poor affected." The photography and video company is preparing a whole series of stories and documentation for its book 'The other stories of the volcano'. The map that they have presented is of “all the properties recorded in our minds and on the hard drives with the 360-degree files that will be worth contributing to the day-to-day evolution of the volcanic crisis in La Palma.” They were the eyes of neighbors, scientists and institutions for months.

The volcano of La Palma, still without a name, began its activity on September 19, which was officially concluded on December 13 and communicated on December 25, after 85 days and eight hours of activity. The volcano thus surpassed other historical volcanoes on the island in time, but above all in destruction.

The maximum explosive magnitude of the eruption was 3, and the maximum height of the cone from sea level was 1,131 meters. Today asleep, this mountain was a nightmare for almost three months, overwhelming the planet with its 6 craters and more than 200 million cubic meters of lava.

Today the efforts are focused on recovering communications and the normality that is still possible, fighting with flows that reach a maximum thickness of 70 meters in some areas, with an average of 12. Gases continue to be a problem in Puerto Naos, which is still closed, although there are still points with a temperature of over 700 degrees.

I Love the World will present on Canary Islands Day in La Palma the largest solidarity book published to date of testimonies and photos about the volcanic catastrophe, 'The other stories of the volcano', in which the audiovisual production company will raise funds that will go to help the affected population.

The book has hundreds of pages with more than 80 emotional and overwhelming stories, the vast majority of people affected, but also scientists, journalists and other exceptional witnesses of the catastrophic eruption in Cumbre Vieja. It is about the way in which the production company wants to contribute so that the thousands of families affected by this destructive geological phenomenon can rebuild their lives as soon as possible.

This publication contains a valuable compilation of experiences and reflections, many of them heartbreaking, on this destructive eruption, and also a tribute to those who have shown solidarity with the people who lost not only their homes, businesses, land and livelihood, but also the territory they inhabited, and, with it, the objects and the space that had an already irretrievable sentimental value in their lives.

The book also includes the testimony of the I Lobe the World team, who went to La Palma from the first moments of the eruption to record a documentary about this geological phenomenon but immediately changed their plans to help the evacuated population, making 360-degree aerial photos with drones at the request of hundreds of affected families, in order to keep them informed about the situation of their properties during different stages of the tortuous eruption, which lasted 85 days.

"The stories of those affected will be engraved with fire and tears forever in everyone's mind, but also printed in a book that is born from the heart for current and future generations, and they want to do their bit to alleviate the suffering a little." of so many people“, affirms the photographer Alfonso Escalero, director of I Love the World.

For the production company's team, the book may also be useful in drawing lessons from this catastrophe with which to improve emergency management due to future volcanic eruptions, since the increase in population and human activities in the territory of the islands make These phenomena are more dangerous in a volcanically active region.

1 One dead and dozens injured by a tornado in Germany 2 Non-community travelers can enter Spain with a negative... 3 DIRECT. Ligue 1: who will be in Ligue 2 and the Champions... 4 War in Ukraine: Mariupol in the hands of the Russians,... 5 Guadeloupe: ten indicted for looting during the November... 6 The Government uses the internal controls of the Prosecutor's... 7 Celta looks for Zarra for Aspas in a Mestalla with... 8 A high Madrid wants the eleventh 9 A Barça without consolation says goodbye to Belgrade 10 Barça yearns for revenge and open a new era against... 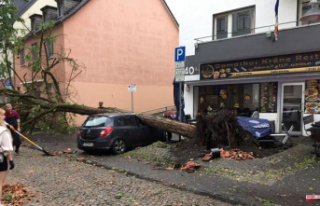