An "undetected movement on the ground", possible cause of the collapse of the viaduct between Lugo and León

The general director of Roads of the Ministry of Transport, Mobility and Urban Agenda (Mitma), Javier Herrero, has pointed out that an "undetected movement on the ground" could be behind the collapse registered yesterday in the Castro viaduct of the highway A -6, at the height of the Bercian municipality of Vega de Valcarce. 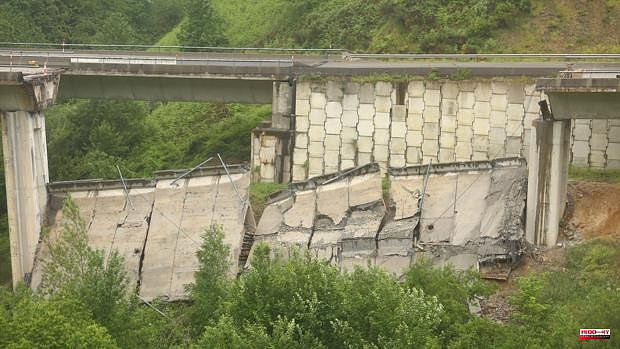 The general director of Roads of the Ministry of Transport, Mobility and Urban Agenda (Mitma), Javier Herrero, has pointed out that an "undetected movement on the ground" could be behind the collapse registered yesterday in the Castro viaduct of the highway A -6, at the height of the Bercian municipality of Vega de Valcarce. According to Herrero, this movement would have caused the displacement of one of the pillars that supports the bridge, a "previous hypothesis" with which the technicians who investigate the causes of the event work.

"Surely we are encountering an additional problem," said the general director, who recalled that the structure was being reviewed after detecting a "significant corrosion phenomenon" in part of the cables that support the viaduct.

In his appearance from the tunnel control center of Pedrafita do Cebreiro (Lugo), Herrero has advanced that, parallel to the investigation into the causes, the span adjacent to the collapsed one and the pillar that supported both will be demolished, with the intention to thoroughly check the foundation in search of any "settlement problem".

In this regard, he explained that the "deep and systematic" review of the viaducts in the area began last year, when corrosion was detected in the cables that hold the structures. Hand in hand with an emergency procedure, the Government invested a total of 25 million euros in the work of verifying the state of the beams and cables.

As detailed by Herrero, "the work carried out to date corresponds to the pathologies detected", which indicates that "the problem is not the cables". The collapse occurred “for reasons unrelated to the work” at the time of placing the upper slab of the deck, at which time the displacement of the pillar caused the collapse of the span. "What we were doing was the right thing," insisted the general manager, who stressed that the elements do not have cracks or deformations that indicate structural failures.

Waiting for accurate data on the causes of the event, Herrero has indicated that the original construction project will also be reviewed, as well as the foundations and beams of the parallel viaduct. In this regard, he pointed out that one of the advantages of isostatic structures, such as the viaduct, is that each span works independently, so that the whole is not damaged when one of the parts is affected.

It should be remembered that the event did not cause personal damage, although it affected the main communication route between the provinces of León and Lugo, at kilometer 431 of the road in the direction of A Coruña.

Regarding the deadlines for reopening the highway to the passage of vehicles, Herrero has avoided setting a time horizon and has stressed that "this type of collapse has no precedent in the Road Network." "In no case are we going to open to traffic if we have the slightest doubt," the director of Highways has advanced, recalling that all traffic in the area has been diverted since yesterday afternoon through the N-VI road. In this sense, he has highlighted that the "absolute interest" of the Executive is "replenish communications as soon as possible" and has stressed that "the budget will not be a problem."

For his part, the Government delegate in Galicia, José Miñones, wanted to send a “calm message” to the users of the highway and to the residents of the area. "Our number one priority is safety," said the delegate, who has advanced that the pass will remain closed at least while the entire structure is reviewed to guarantee safety throughout the section. "We know that this will take time," acknowledged Miñones, who lamented that the detours are going to last over time and asked drivers for "patience and prudence."

1 Carlos Mazón welcomes the mountaineers from Alicante... 2 Agbar consolidates the General Meeting of Stakeholders... 3 Cope Valencia celebrates the conference 'New... 4 The plenary session of the Diputación de Alicante... 5 A 31-year-old man, the first case of monkeypox in... 6 South Summit: Spain is emerging as the vanguard of... 7 MSC Cruises supplies in Spain the lack of demand in... 8 Luis Enrique: "I don't see better players... 9 The preview of the Xacobeo 6mR Worlds starts in Sanxenxo... 10 Four days away, preparing for the Vendée Arctique 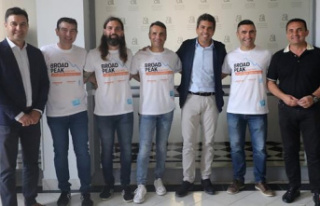