Everything ready for the most international edition of the King Juan Carlos I El Corte Inglés Master Regatta. 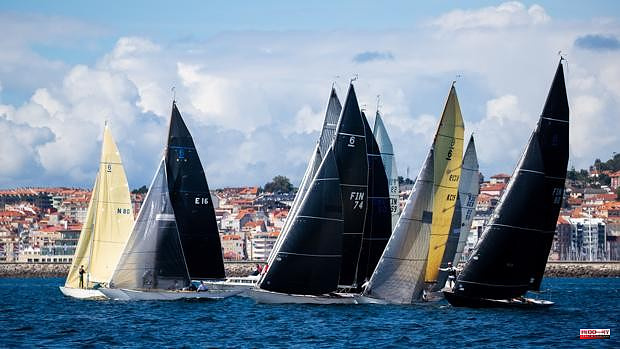 Everything ready for the most international edition of the King Juan Carlos I El Corte Inglés Master Regatta. The Real Club Náutico de Sanxenxo is ready to host one of its most special editions, and this time the club's queen event from Pontevedra will host 40 teams from 15 nationalities who will fight to win the last title at stake before the Xacobeo 6mR World's.

As in 2021 and due to the intense agenda of the RCNS with the preparations for the World Championship, the 7th Rey Juan Carlos I El Corte Inglés Master Regatta will focus its efforts on the two 6 Meter divisions -Classic and Open- and Adapted Sailing , celebrating three days of intense competition in the Pontevedra estuary from this coming Friday, June 10, until Sunday, the 12th.

Olympic medalists, world champions and Copa América sailors meet at the Rey Juan Carlos I El Corte Inglés Master Regatta, and among the registered crews, names such as Jane Abascal stand out, the first gold medal for Spain in an Olympic Games (Moscow, 1980), and Ross McDonald, Olympic medalist in Barcelona 92 ​​and Athens 2004, both aboard the Bribon 500 together with Pedro Campos; Nico Rodríguez, current bronze medalist in the 470 class, and Jorge Martínez Doreste in the Meerblick; Víctor Mariño from Vigo aboard the Momo; the Swiss Michel Teweles and Philippe Durr, who at the helm of Thisbe and Junior respectively were first and second in last year's European; or the president of the International 6 Meter Class, Louis Heckly with the Dix Aôut, among others.

In total, the Regatta Committee expects to be able to complete six races throughout the weekend starting on Friday at 3:00 p.m. and ending on Sunday with the award ceremony, which will be held in the RCNS village one once the competition is over. For the 6 meter fleet, it will be the wind conditions that decide whether the regatta takes place in the area located within the estuary or in front of Ons Island.

For its part, the Rey Juan Carlos I El Corte Inglés Master Regatta will once again welcome the students of the National Center for Adapted Sailing. The teams, accompanied by monitors from the RCNS Sailing School, will compete near the club. The objective of this initiative, which has been underway for years at the club from Pontevedra, is none other than the integration of people with disabilities in the sport of sailing.

One more year the competition will be accompanied by a complete social program that will liven up the afternoons at the RCNS Race Village. During the three days that the regatta will last, sailors, collaborators, companions and guests will be able to enjoy live music and tastings of products from the land of Galicia Quality.

1 Four days away, preparing for the Vendée Arctique 2 Polish leader is confronted with questions regarding... 3 Iceta sees criticism from independent cinema of the... 4 More than 6,000 Illescas students participate in the... 5 Madrid will have another five centers to apply advanced... 6 IU-Podemos asks about the need to build 18,000 homes... 7 Two new positives raise the cases of monkeypox in... 8 Ronaldo concludes his 'pilgrimage' for the... 9 The CaixaResearch Institute will be the first center... 10 Mañueco, to the ham sector: «They criticize it for... 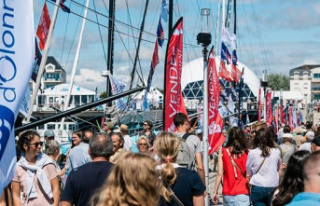 Four days away, preparing for the Vendée Arctique