Four days away, preparing for the Vendée Arctique

The start of the Vendée Arctique will take place next Sunday, June 12, at Le Sables d'Olonne, specifically at 5:00 p. 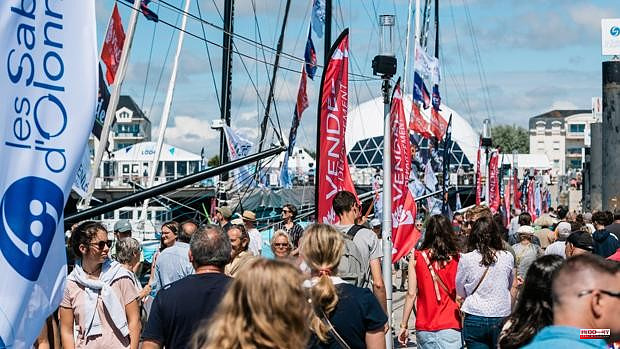 The start of the Vendée Arctique will take place next Sunday, June 12, at Le Sables d'Olonne, specifically at 5:00 p.m. And four days later, the preparers of the participating IMOCAs review and fine-tune all the on-board systems. From greasing winches, pulleys, hooks, mainsail rails on the mast, sheet car, etc. to everything related to electronics so important for a solo sailor. Keep in mind that one of the systems that does the most work on board an OPEN 60 is the autopilot, Achilles heel of these monohulls; the element itself should not fail, in its case there is always a spare, but the interconnection between the wind electronics, electronic compass, AIS system and the pilot is extremely important so that the boat maintains the route pre-established by the skipper.

The autopilot does 99% of the work of steering. According to Matthieu Robert, manufacturer of the MADBrain model, it has reached a level of efficiency of 1/10 in keeping the fast and modern IMOCAs on course. “… we have to work with very fine angles. Even the best helmsman cannot manage to steer to a tenth of a degree with a reaction speed of several times a second. This has a lot to do with the quality of the trajectories. The second special feature is the advanced steering mode, in which the pilot knows when to attack, when to surf and when to relaunch in a flat water situation. Finally, the other specificity of the MADBrain is its reliability. Riders have been racing for 80 days or more without a break during the Vendée Globe. They lit up at Les Sables and went out at Les Sables...”.

The closest thing to the “Arctic pole”. Heading north to Iceland, skippers will enter a zone of adventure that the IMOCA fleet has never ventured before. Better yet, the Arctic Exclusion Zone (AEZ), the no-navigation zone determined for security reasons, is the most polar ever proposed. The border line extends north to 69°45.00 north latitude. For the record, Iceland's northernmost point is at 66°46 N; the Antarctic continent extends to 63°23 S; the Antarctic Exclusion Zone for the Vendée Globe 2020 was located in the background at 59°30 S, which is the Northern Hemisphere equivalent of the northern tip of Scotland; Les Sables d'Olonne is located at latitude 46°29 N; the north and south poles are at 90° N and 90° S respectively; the equator is at 0°00.

The Vendée Arctique - Les Sables d'Olonne is the first qualifying regatta for the Vendée Globe 2024. Four others will allow the Vendée Globe candidates to qualify: the Route du Rhum (November 2022), the return of the Transat Jacques Vabre ( November 2023), the Transat CIC Brest - United States (May 2024), the New York - Vendée (July 2024).

The 25 solo sailors who will participate in the second edition of the Vendée Arctique are: Fabrice Amedeo (Nexans – Art

1 Polish leader is confronted with questions regarding... 2 Iceta sees criticism from independent cinema of the... 3 More than 6,000 Illescas students participate in the... 4 Madrid will have another five centers to apply advanced... 5 IU-Podemos asks about the need to build 18,000 homes... 6 Two new positives raise the cases of monkeypox in... 7 Ronaldo concludes his 'pilgrimage' for the... 8 The CaixaResearch Institute will be the first center... 9 Mañueco, to the ham sector: «They criticize it for... 10 Johnson assures that "nothing, and no one"... 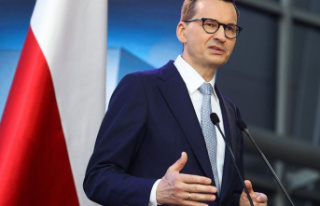 Polish leader is confronted with questions regarding...