This morning Agbar held the General Meeting of Stakeholders, a new edition of the innovative participatory meeting promoted by the company with the aim of being accountable to its stakeholders —not just shareholders— and consolidating active listening so that, jointly, make commitments for the future. 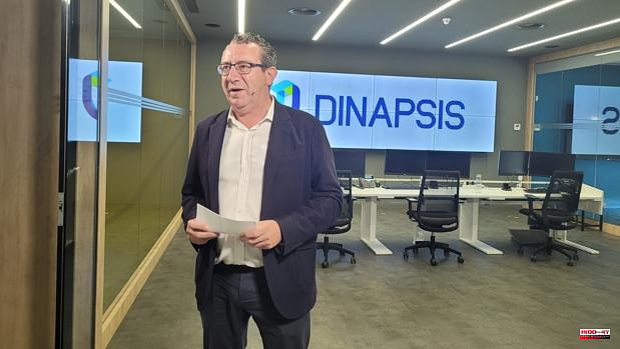 This morning Agbar held the General Meeting of Stakeholders, a new edition of the innovative participatory meeting promoted by the company with the aim of being accountable to its stakeholders —not just shareholders— and consolidating active listening so that, jointly, make commitments for the future.

The General Meeting of Interest Groups, which could be followed openly via streaming, was developed along three axes following the ESG criteria —environmental, social and governance, for its acronym in English—, some indicators that are gaining relevance for administrations, companies and other institutions to establish when a strategy is sustainable.

In this context, Ángel Simón, Chairman of Agbar, stated: "We are pleased to establish an innovative model of accountability, such as the General Meeting of Stakeholders, which allows us to consolidate alliances with all our stakeholders and generate trust to continue working, from co-responsibility, to improve people's quality of life”.

The first block of the event has been dedicated to the commitment to the environment and has had the participation of Tomàs Molina, meteorologist and science communicator. In this block it has been highlighted that in 2050 more than 40% of the world population will live in areas of severe water stress, so innovation is essential to manage increasingly scarce resources.

In this regard, Narciso Berberana, Director of Sustainable Development at Agbar, explained the impact that climate change has on the management of water resources and Guillermo Pascual, Director of Operations at Agbar, highlighted Dinapsis, the network of hubs for the digital transformation of Agbar, which act together with administrations and citizens to promote sustainable development in different parts of the territory.

At this time, Agbar's Dinapsis hub network has a dozen centers throughout the Spanish territory. In this area, José Belda, manager of Aguas de Albacete, has participated in the event, speaking about the Albacete hub, specializing in water stress and territorial development, and which has become an important center of innovation and social revitalization in the region.

Likewise, during the event it was connected with the Benidorm hub, which was inaugurated exactly five years ago on the same day that this meeting was held. Antonio Pérez, mayor of Benidorm, has stated that public-private collaboration has been key to the success of this project, which has placed Benidorm at the forefront in the digitalization of water resource management.

At the Agbar General Meeting of Stakeholders, it was highlighted how anticipation allows us to be better prepared for challenges, even for emergencies, as was the case of the La Palma volcano eruption. Mariano Hernández, president of the Cabildo de La Palma, thanked the commitment of Canaragua, an Agbar group company that manages water in various municipalities on the island.

Another example of how the response to climate change can be improved from water management is the Sabadell Biotop project, and this has been shared by Marta Farrés, mayor of Sabadell, who has pointed out how the promotion of this project has constituted a change of paradigm in the water cycle, together with Enric Blasco, president of Aigües de Sabadell, who has emphasized how Agbar has become an integral partner for the sustainable development of the city.

Lastly, and as the closing of this first block of the Agbar General Meeting of Stakeholders dedicated to commitment to the environment, he connected with Gustavo Calero, former director of Sustainable Development in Andalusia, to highlight how it is being promoted —with Granada as a reference example—the transformation of treatment plants into biofactories, resource-generating plants that are benchmarks in circular economy due to the reuse of water, the revaluation of waste and energy self-sufficiency, as well as for their global positive impact on the environment .

At this General Meeting of Agbar Stakeholders, the commitment to the company's social action was also addressed, highlighting in the first place the promotion of quality employment. In this sense, Manuel Cermerón, CEO of Agbar, and Matías Carnero, president of UGT Catalunya, held a dialogue on the promotion of green jobs and highlighted the importance of Dual FP to improve employability. Pablo Gallardo, a Viaqua worker, who joined this Agbar group company in Galicia after completing the Dual Vocational Training cycle specializing in the water sector, also took part in the dialogue. Likewise, the event also highlighted how the commitment to quality employment also involves the suppliers with whom Agbar works.

On the other hand, the event shared how the Agbar group continues to break barriers also in the field of customer service with the Contigo program, which is focused on guaranteeing that all customers, without exception, can access services, especially in the case of people in vulnerable situations, identifying digital, understanding, accessibility or economic barriers.

Likewise, the progress of the OLA project was shared, a project launched by Agbar, together with the Red Cross, first in Barcelona, ​​and now also in other parts of the territory, to facilitate employment for people in vulnerable situations. In this area, the progress of the project was shared by Felipe Campos, CEO of Aigües de Barcelona, ​​as well as Antoni Bruel, coordinator of the Spanish Red Cross and Josep Quitet, president of Creu Roja Catalunya, who highlighted how the OLA project empowers people thanks to labor insertion.

In the last block of the General Meeting of Agbar Stakeholders, the Group's commitment to governance was deepened and, specifically, the example of the Agbar Social Pact, the proposal for a green and inclusive reconstruction after COVID-19, territory by territory, with the collaboration of local administrations and entities. On the one hand, Lluïsa Moret, mayor of Sant Boi de Llobregat and president of the Department of Equality and Sustainability of the Barcelona Provincial Council, has detailed some of the specific actions that are being carried out in the municipality to improve the quality of life of people. On the other hand, José Manuel Baltar, president of the Ourense Provincial Council, shared how collaboration between business and administration allows small municipalities to promote the development of the region. Another example of the capillarity of the social pacts shared in the event is the case of the Social Pact of San Fernando (Cádiz), which has been awarded by the Andalusian Federation of Municipalities and Provinces.

As regards the relevance of alliances with institutions, the event also highlighted the Agbar Chair Network project as a success story, a project in collaboration with public and private universities throughout the country which, as Amelia explained Pérez, director of the Aquae Chair, of the Agbar Water Chairs Network, is making it possible to contribute to an ecological and fair transition.

To advance accountability and ESG indicators, which are key to this objective, Jaime Silos, Director of Corporate Development at Forética, has also participated in the event, analyzing what Agbar's accountability indicators are, as well in relation to those that are mostly used in the sector, and has exposed how management based on ESG criteria facilitates the identification of the main challenges and decision-making.

Likewise, Toni Aira, journalist, professor of Communication and member of the Agbar Board, explained how the Board allows progress in a good governance model, key to generating trust and anticipating risks.

In short, this new edition of the General Meeting of Agbar Stakeholders, in line with the one already held in June last year, has consolidated this instrument of accountability and active listening with stakeholders, valuing the active participation of different entities with which the company collaborates wherever it is present and the importance of alliances to address current challenges and continue to jointly acquire future commitments.

1 Cope Valencia celebrates the conference 'New... 2 The plenary session of the Diputación de Alicante... 3 A 31-year-old man, the first case of monkeypox in... 4 South Summit: Spain is emerging as the vanguard of... 5 MSC Cruises supplies in Spain the lack of demand in... 6 Luis Enrique: "I don't see better players... 7 The preview of the Xacobeo 6mR Worlds starts in Sanxenxo... 8 Four days away, preparing for the Vendée Arctique 9 Polish leader is confronted with questions regarding... 10 Iceta sees criticism from independent cinema of the... 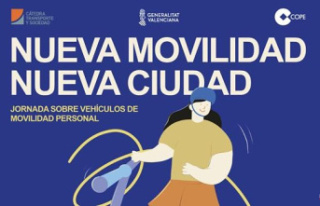