Luis Enrique: "I don't see better players than Eric García in his position"

Luis Enrique has reviewed the state of the Spanish team in the run-up to the match against Switzerland, a game that has taken on an unusual significance after the two previous draws against Portugal and the Czech Republic. 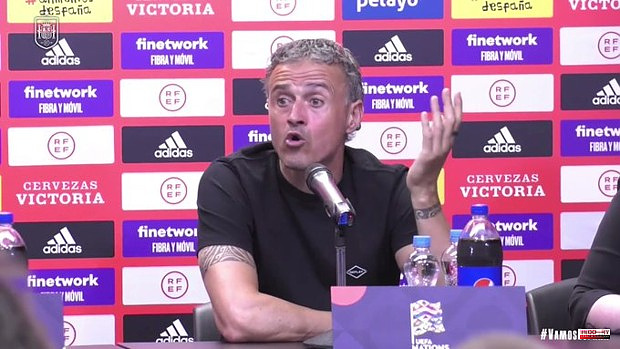 Luis Enrique has reviewed the state of the Spanish team in the run-up to the match against Switzerland, a game that has taken on an unusual significance after the two previous draws against Portugal and the Czech Republic. Spain is now relegated to third place in the group, behind those two teams, and forced to win in Geneva in order not to miss out on the competition, or even get into more trouble.

"It is a very short competition, the first two results have not been what we expected and we need to score and win to have options", began the coach, who claimed to have better feelings now than at the end of the match against the Czech Republic: "One is conditioned by what you see on the pitch, which is not the best place to watch the game.

And the result clearly conditions. That's why post-match analysis is so good. After watching the game I reaffirm that it was a difficult match, but we did a lot more than the rival to win. We are not complaining, those who score the most goals win, but there are a series of parameters that we try to meet and that were met there. Now I'm happy with what I saw."

The player most noted for that game was Eric García, who missed the second goal and did not end up finding the approval of the fans. For Luis Enrique, there is no case Eric: «What can I say that is positive and that does not generate controversy... If you are a professional player you have to be prepared for everything. There are players who make fans and journalists very horny. Eric is wonderful, and the situation with him is unfair. There are errors that certain sectors like and this will make them stronger. As long as he continues at this level and I am a coach, he will continue to come. Everyone has a role to play, I know mine and Eric's too. I don't see better players than him, so go ahead with mine."

The coach finished with a profound praise for the rival. It's not the first time. Luis Enrique has stated on several occasions how much he likes the Swiss way of playing, and this time was no exception: “They have a very high physical and defensive level. I liked Petkovic's Switzerland and I like this Switzerland. They know how to play back, but also pressing high. It is an attractive selection. They didn't deserve to lose against the Czech Republic, and against Portugal they had a lot of problems with transitions."

1 The preview of the Xacobeo 6mR Worlds starts in Sanxenxo... 2 Four days away, preparing for the Vendée Arctique 3 Polish leader is confronted with questions regarding... 4 Iceta sees criticism from independent cinema of the... 5 More than 6,000 Illescas students participate in the... 6 Madrid will have another five centers to apply advanced... 7 IU-Podemos asks about the need to build 18,000 homes... 8 Two new positives raise the cases of monkeypox in... 9 Ronaldo concludes his 'pilgrimage' for the... 10 The CaixaResearch Institute will be the first center... 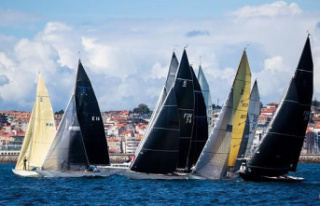 The preview of the Xacobeo 6mR Worlds starts in Sanxenxo...