Agents of the National Police have saved the life of a 28-year-old man who was bleeding after cutting himself when he accidentally fell on a glass table in a house in the Patraix neighborhood in Valencia, as reported by the Superior Police Headquarters in a statement. 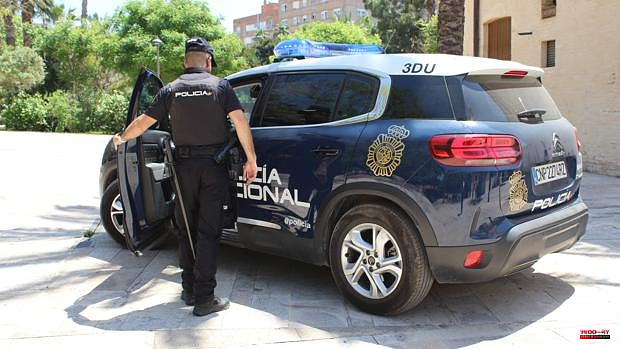 Agents of the National Police have saved the life of a 28-year-old man who was bleeding after cutting himself when he accidentally fell on a glass table in a house in the Patraix neighborhood in Valencia, as reported by the Superior Police Headquarters in a statement.

The events occurred around 11:45 p.m. this Monday when the agents who were carrying out prevention work were alerted by the 091 Room to go to an address in the Valencian district of Patraix, where a man was asking for help since, apparently, a family member had cut himself on the forearm and was bleeding profusely.

In just three minutes, the agents went to the place, where they observed the door of the home open and several people in a "great state of nervousness", who asked them to enter the room.

Once inside, the agents found the victim "unconscious", "cold" and bleeding "profusely" from a wound located on the forearm at the level of the inner side of the elbow. The police officers observed a large amount of blood both on the floor and on the furniture, so immediately and given the seriousness of the situation, they did not hesitate to practice first aid techniques.

One of the agents tamped the wound while the other applied an emergency tourniquet, which managed to stop the bleeding until the arrival of the health services. After several minutes, the man regained consciousness slightly, so the policemen, seeing that time was pressing, since he had lost a large amount of blood, decided to lower the man to the portal using a chair to facilitate his transfer to the hospital by the health code.

Once the health emergency was resolved, the agents found out that, apparently, when the victim got up from the sofa, he had lost his balance, fell on a glass table and suffered a deep cut on his forearm.

Thanks to the quick police intervention, the man saved his life. He is currently admitted and out of danger in a hospital in Valencia.

1 Dmitrenko denies being a spy and assures before the... 2 Spanish researchers build a building that is proof... 3 Residencial Kings, where reconciling work and personal... 4 Gilmar, the best option to find the house of your... 5 An exhibition celebrates the 30th anniversary of the... 6 The immersive art of Ron Arad surrounds La Marina... 7 Hablamos Español wins the support of the PP, Ciudadanos... 8 The left asks the PSOE for "transparency"... 9 Rafel Chirivella: «We work to have a regatta of prestige... 10 What is the injury that Rafa Nadal has? 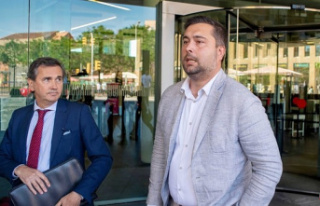 Dmitrenko denies being a spy and assures before the...