Rafel Chirivella: «We work to have a regatta of prestige and quality on the water»

Countdown to the XXIII Trofeo S. 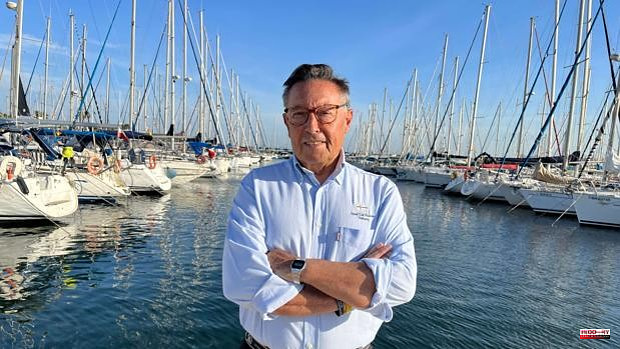 Countdown to the XXIII Trofeo S.M. La Reina - Tribute to the Navy Regatta - XXXIV Almirante Marcial Sánchez-Barcaíztegui Cup. One month remains for the boats to enter the fray in Valencia to bid for a title linked to an emblematic event both for the Real Club Náutico de Valencia, as organizer, and within the framework of Spanish and international sailing. Rafel Chirivella, director of the regatta, reviews some of the issues of special relevance for the 2022 edition, endorsing an idea such as betting on quality at sea.

“The SM La Reina Trophy is a benchmark regatta. We are working on an edition that does justice to his story. In the RCNV, organizer of the same, we look for quality in the water.

Having many boats is something phenomenal, it gives it showiness, but I consider that quality must be above quantity”, Chirivella emphasizes.

“Combining both things is sometimes complicated. We are all working, the team, the club itself, also seeking private and institutional support, to put on a great regatta, and for the event to grow, to project that quality. The regatta is international and boats come from different parts of Spain and other parts of the world. We work with a policy of having prestige on the water and having a pool of mediation, of officers, of good beacons… In addition, having the Navy with its support and our Commodore, Admiral Jaime Rodríguez Toubes, is a source of pride”, he argues.

Chirivella emphasizes that for this regatta “we are working all year round, because a regatta of this magnitude requires and demands a lot of effort. We are going to be at 100% of what we can give this year. This edition, we have opened classes in some cases circumstantially and in others because we are very interested. For example, we have opened Swan, because we have the World Cup right away. The SM La Reina Trophy is going to be a prelude, a prelude to the Swan World Cup in Valencia. And we're going to allow the classes that navigate to be open and they will navigate in class. And, of course, we will have two fields. This will give quality to the two regattas, because they will sail with the same quality one and the other, with the best sailors in the world participating.

The director of the event, organized by the RCNV, recalls that they are "within a Mediterranean Sailing Circuit, which was created by three clubs such as Palma, Barcelona and Valencia, with the intention of making a great circuit and joining forces and adding . It could be done once already and this year it will be done again. And there is the Trophy SM The Queen».

And he especially values ​​the human background of the regatta and its organization: «I have a team working that are capable of anything. We have a very complete boathouse. Everything is a set that gives a special touch of quality to the SM La Reina Trophy. And in this the staff is key and the club turns. We have two events, one in dinghy sailing like Optiorange and another in cruising sailing like the Trofeo SM La Reina, in which they are dedicated, as well as with the large number of regattas that are held throughout the year, which is backed by the Board of Directors”.

In addition, Chirivella points out regarding that meeting that “we are lucky that all the presidents have been up to the task and have wanted things to be like this or better. I have been with Manel Casanova, who was the one who started it, with Manolo Pons, with Julián Vico, with Alejandro Fliquete and now with Marisa Arlandis, and they have all conveyed their support for the regatta as the club's banner. And the partners are proud of the regatta. We have the promotion class. And we also have the monotypes. The Manel Casanova course is a very stable course and it is going to give us visibility for the one-designs, which is going to be very important, because there are young crews, there are mixed ones, there are women,… where the budgets are not so expensive. We do not deny ourselves anything, we are willing to work.

And it concludes as a message and call for participation in this regatta: «The one who tries repeats in the SM La Reina Trophy. Everyone fits in the regatta. I invite you all to come and compete in this regatta. The organization is already entering another registration phase to facilitate the fit and adjustment and balance of all the elements that are part of the proper development of this regatta. The idea is to have that foresight to offer and receive the best possible to those who come from outside and, logically, to our partners».

In short, he concludes, “we are talking about a very transversal sport in all teachings. Competing with the wind and nature is very ecological. We must encourage sailing and sailing. It is a sport that fits quite well with the 2030 Agenda.”

The XXIII SM La Reina Trophy - XXXIV Sánchez-Barcaiztegui Marcial Cup will be the prelude to a new round of the Swan One Design World Cup and Nations League, of which the Real Club Náutico de Valencia will host in 2022, with the regattas being held between the 5th and the July 9th. So, the Gulf of Valencia will welcome the elite of the world sailing cruise, from the hand of the Finnish shipyard Swan. The Club Swan 50, Swan 45 Club Swan 42 and the new Club Swan 36 classes will compete in Valencian waters.

The XXIII Trophy S.M. La Reina - Tribute to the Navy Regatta - XXXIV Almirante Sánchez-Barcaíztegui Cup is organized by the Real Club Náutico de Valencia (RCNV) by delegation of the Royal Spanish Sailing Federation (RFEV) with the collaboration of the Community Sailing Federation Valencian (FVCV). The regatta is part, as an International Regatta, of the Official Calendar of the Royal Spanish Sailing Federation and of the "V Centenary of the expedition of the first round the world" circuit. The SM Trophy The Queen is eligible for the Mediterranean Sailing Circuit and for the Cruise League of the Valencian Community.

This benchmark nautical event has the institutional support of the Higher Sports Council, the Generalitat Valenciana, the Valencia City Council and its Municipal Sports Foundation and the Valencia Provincial Council and its Sports area, as well as World Sailing, the Sailing Federation of the Valencian Community, ORC, visitvalencia.com, the V Centenary of the First Around the World, Aemet and the Red Cross.

The organization appreciates the support of AQ Turianova, Varadero Valencia, Coca-Cola, Mercedes Valdisa, Sailing Project, as well as Valencia Boat Show, which will contribute to the success of the event.

1 What is the injury that Rafa Nadal has? 2 The Government irrigates Andalusia with almost 80... 3 The promoter of the CGPJ closes the investigation... 4 The University of Alicante and Hidraqua will organize... 5 Weekly balance of covid in Castilla-La Mancha: more... 6 Suma lowers the cost of its management and generates... 7 Taxi protest this Wednesday between Neptuno and Colón... 8 The administrator sets a price of 75 million for the... 9 The EU agrees to strengthen the manufacture of weapons... 10 The vindication of water as a strategic good 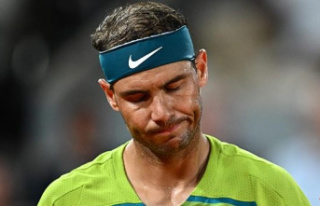 What is the injury that Rafa Nadal has?