A team of researchers has built the first full-scale prefabricated test-tube building to analyze the possible propagation of faults in its structure caused by extreme events, such as natural disasters or terrorist attacks. 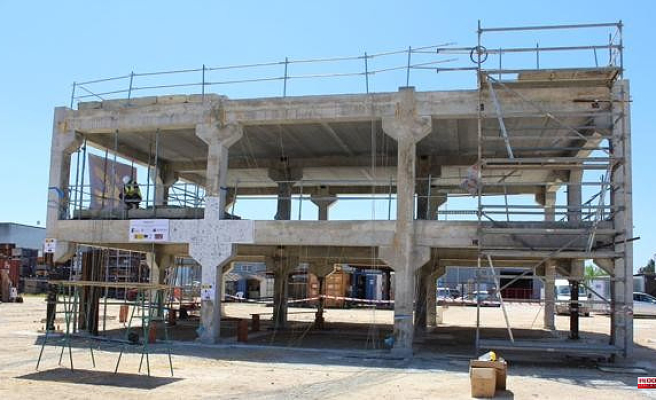 A team of researchers has built the first full-scale prefabricated test-tube building to analyze the possible propagation of faults in its structure caused by extreme events, such as natural disasters or terrorist attacks. The infrastructure is part of the Prebust project, developed by specialists from the Polytechnic University of Valencia (UPV).

The team presents the results of some tests "pioneering around the world to improve the safety of buildings built with prefabricated structures." In a building, a progressive collapse occurs when a failure in a part of it initiates a domino effect, which leads to a complete collapse, causing serious human and material losses. Two of the most recent cases of collapses of this type are that of the Champlain towers in Miami - with 98 deaths - and the residential building in Peñíscola, where two people died, both in 2021.

Buildings are increasingly exposed to the devastating consequences of extreme events caused by climate change, terrorist threats, their own ageing, or inadequate maintenance and upkeep. And in the case of prefabricated structures, even more so. These constructions have always been weighed down by their greater vulnerability to extreme events, since, being made up of components that are joined on site, they are especially sensitive to the propagation of failures and total collapse.

To avoid this, a research team from the Icitech Institute of the Polytechnic University of Valencia is carrying out the Prebust project, which has funding from the Ministry of Science and Innovation and the collaboration of the Valencian company Levantina. Engineering and Construction-LIC.

"Our goal is to minimize the risks of progressive collapse," says José M. Adam, a researcher at Icitech, a professor on the University Master's Degree in Concrete Engineering (MUIH) at the UPV and one of the project's coordinators.

To do this, the UPV team has built the first real-scale prefabricated test-tube building. In it, they are developing the most ambitious experimental campaign that has been carried out so far worldwide in this field, simulating different extreme situations.

“Many prefabricated structures have been made in the field of research. But this is the first that is done worldwide for this type of test. The research is pioneering throughout the world, since in the field of progressive collapse work is usually done with scale specimens and in the laboratory. Here we go on a real scale, and with real failure situations”, adds Pedro Calderón, researcher at Icitech and professor at the MUIH of the UPV and co-director of the project.

The test-tube building has been monitored with state-of-the-art sensors, specifically: strain gauges to monitor deformation within the concrete; and displacement sensors and accelerometers, both electrical and fiber optic. In addition, different cameras, both conventional and high-speed, have also been used to evaluate and visualize the response of the building.

"The results obtained in the latest tests show that, with 'low cost' designs, prefabricated structures can be just as safe as the rest, which allows taking advantage of their advantages of sustainability, economy and quality, by adding greater safety", Adam points out.

This research continues the line opened with the financing of a Leonardo Grant from the BBVA Foundation in 2017, and goes further by working with a construction typology that has historically been considered more vulnerable to extreme events.

1 Residencial Kings, where reconciling work and personal... 2 Gilmar, the best option to find the house of your... 3 An exhibition celebrates the 30th anniversary of the... 4 The immersive art of Ron Arad surrounds La Marina... 5 Hablamos Español wins the support of the PP, Ciudadanos... 6 The left asks the PSOE for "transparency"... 7 Rafel Chirivella: «We work to have a regatta of prestige... 8 What is the injury that Rafa Nadal has? 9 The Government irrigates Andalusia with almost 80... 10 The promoter of the CGPJ closes the investigation... 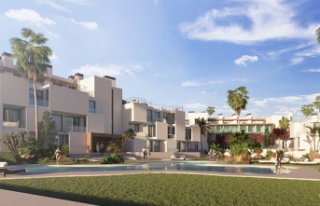