The two left-wing formations of the Community of Madrid, Más Madrid and Podemos, have asked the PSOE for "transparency" and "explanations" about the cases of alleged corruption in the municipalities of San Martín de Valdeiglesias and Ceniientos, which affect this political formation . 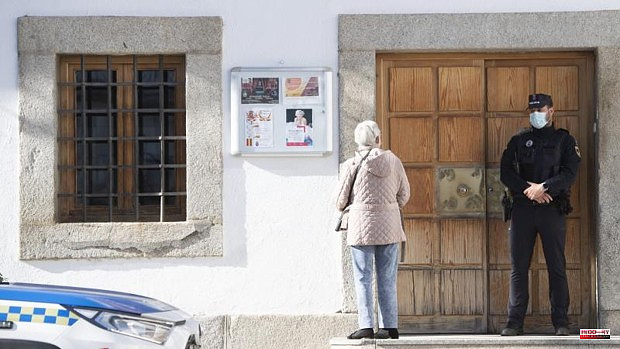 The two left-wing formations of the Community of Madrid, Más Madrid and Podemos, have asked the PSOE for "transparency" and "explanations" about the cases of alleged corruption in the municipalities of San Martín de Valdeiglesias and Ceniientos, which affect this political formation . The popular ones warn that "there is still a long way to go" and Vox also demands "explanations".

All the political parties with representation in the Madrid Assembly have spoken this morning, at the press conference after the meeting of the Board of Spokespersons, about the information that ABC has been publishing about these cases that affect the western mountains of community.

The leader of the opposition and spokesperson for Más Madrid, Mónica García, points out that “we are open” to the “explanations” that “anyone has to give about a corruption case”, since it seems to her “normal in a democracy.

That any indication of a case of corruption anywhere in this Community be investigated ».

For her part, the spokeswoman for Podemos, Carolina Alonso, asks that “always and everywhere be investigated to the end. Transparency and investigation, the same thing that we ask in the Community of Madrid we ask everywhere«.

The PSOE insists that as long as an oral trial is not opened, it will not expel any of the two affected leaders: the former mayor of San Martín de Valdeiglesias, María Luz Lastras; and the mayor of Ceniientos, Natalia Núñez, as stated by the socialist spokesman and general secretary of the Madrid socialists, Juan Lobato.

“We have a very clear line. There is no case right now in the Community of Madrid in which any judicial procedure has been opened against any PSOE position, they are not even charged, he recalled. «Making decisions or opinions in cases in which there is nothing judicially is very complex. I am very clear about where we fear the limits and the rules, which say that if an oral trial is opened to any socialist militant, they will immediately be expelled from the party, ”Lobato concluded.

The socialist leader recalled the case of Móstoles, in which the entire government team was charged and acquitted in a sentence on which appeal is possible. «I have been so consistent that I have not even made reference to other municipalities of the Popular Party in very advanced cases in which accusations have been made«.

The Popular Party was very critical of the situation of the PSOE in the Community of Madrid. The spokesman Alfonso Serrano, in his last press conference in this position since on Thursday he will leave it to focus on the General Secretariat of the PP in Madrid, recalled how this alleged corruption began in the Pantano operation in San Martín de Valdeiglesias. A "network that has moved to Arganda and lately to Cenihundos, in which there are ordinary people in both municipalities, with an absolute lack of democratic respect for the institutions and with a mayor who acts in a despotic manner without taking into account any criteria of municipal groups," he said.

Serrano pointed out that "Mr. Lobato has said that he is not going to ask for explanations and I understand that he is going to stop defaming the president, her government and her family because in the assembly and in the visits he makes to the Community of Madrid he has reviled constantly the honorability of the president, when there is no type of open trial. We can talk about other cases of the PSOE, but it has a mayor disqualified from managing public money, because she has done it wrong, and condemned, but that is not corruption, only what the PSOE says ".

The popular spokesman insisted that Lobato has a "complicated position" because he competes with other left-wing formations to occupy this space "and every day one says an outrage to see if they get a headline". In cases of alleged corruption, he reiterated that »the Socialist Party's criteria is not consistent. They question and distort reality to put the honorability of the PP in check, but when it affects them they say that administrative prevarication has nothing to do with corruption. If we believe in the presumption of innocence, we believe it for everyone«.

Finally, he stated that "Mr. Lobato's problem is another, he needs to strengthen his leadership against the left itself and for this he needs the support of leaders of the Socialist Party based on what may happen and he cannot stick his finger in his eye to those socialist groups that have to support him. More and more municipalities are affected and there is still a long way to go“.

From Vox, the deputy spokesman Íñigo Henríquez de Luna, stated that "we are radically opposed to it, I also believe that when a political party is affected by a case of corruption it has to give explanations, more would be missing." In this sense, he clarifies that «political explanations are one thing and judicial responsibilities are another. We defend the presumption of innocence, logically, and let the courts and the Prosecutor's Office work in the investigation of any case of corruption. Political explanations are required, whether they affect the left, the Popular Party or Vox ».

1 Rafel Chirivella: «We work to have a regatta of prestige... 2 What is the injury that Rafa Nadal has? 3 The Government irrigates Andalusia with almost 80... 4 The promoter of the CGPJ closes the investigation... 5 The University of Alicante and Hidraqua will organize... 6 Weekly balance of covid in Castilla-La Mancha: more... 7 Suma lowers the cost of its management and generates... 8 Taxi protest this Wednesday between Neptuno and Colón... 9 The administrator sets a price of 75 million for the... 10 The EU agrees to strengthen the manufacture of weapons... 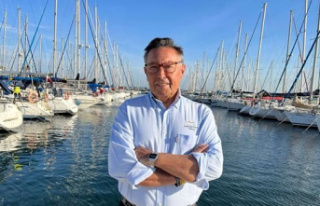 Rafel Chirivella: «We work to have a regatta of prestige...