Dmitrenko denies being a spy and assures before the judge: "Russia went with Spain"

New chapter in the Russian plot of the 'procés', due to the contacts of Carles Puigdemont's entourage with emissaries from the Kremlin. 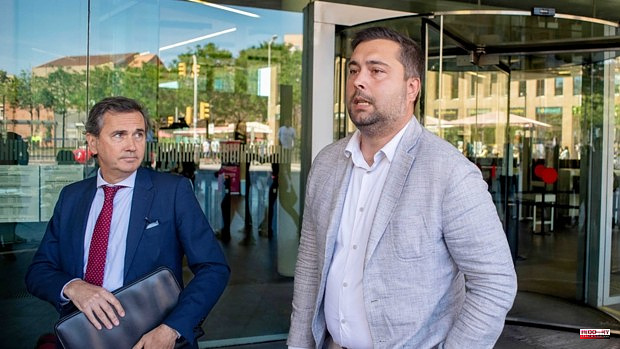 New chapter in the Russian plot of the 'procés', due to the contacts of Carles Puigdemont's entourage with emissaries from the Kremlin. This Tuesday, the Russian businessman Alexander Dmitrenko, who has denied being a spy and has indicated that "Russia was with Spain", according to legal sources present in the room, declared as investigated before the Court of Instruction 1 of Barcelona. A statement after being asked about the export of a certain technology to Catalonia, a business that he did not carry out after being warned by his compatriots that he "would have political implications", the same interlocutors assure.

Judge Joaquín Aguirre, in a separate piece of the 'Voloh' case, charged Dmitrenko with a liquefied gas sale operation between Russia and China, which Dmitrenko spoke about, in a telephone conversation, with Josep Lluís Alay, head of the Puigdemont office.

A talk -intervened by court order- in which the first congratulates "all of us" for having already received 5 percent of the agreed payment: $295,000.

This operation did not come to fruition due to China's delay in the transactions. In fact, the businessman claims the defaults in a court in his country, but he has assured in his statement that it would have been beneficial for Catalonia because he pays his taxes here. Both the prosecutor and the judge have insisted on the relationship between said operation and the independence movement, but he has disassociated Alay, from whom, he has said, he only reported because he was a friend.

Regarding their two trips to Russia, Dmitrenko has detailed that, in gratitude for his role as "ambassador" of the Barcelona Chamber of Commerce to his country -something suggested by Puigdemont's adviser- he made it easier for Puigdemont to give two "lectures », being a professor at the University of Barcelona (UB). Regarding alleged meetings of Alay with emissaries from the Kremlin, the businessman has indicated that they were only meetings with "friends and personalities" of the country.

Despite the fact that Aguirre and the prosecutor have inquired on several occasions in what the Chamber of Commerce could have benefited from said commercial operation, Dmitrenko has insisted that the percentage that he would have gained with its closure would affect the coffers of Catalonia, where he resides . "Does it have nothing to do with independence?" The judge insisted. "No, only with the Chamber," replied the businessman.

After Dmitrenko, the former Barcelona councilor Elsa Artadi (Junts) has declared, as a witness, who has explained that she attended a meeting at the Hotel Colón in the Catalan capital to talk about cryptocurrencies. At that meeting there was at least one Russian citizen. It was Puigdemont who made her attend, due to her status as an economist.

The meeting took place between October 21 and 24, 2017, days before the unilateral declaration of independence (DUI), although Artadi did not remember the exact date. According to the witness, the meeting did not last more than 20 minutes, and he has indicated that he left there without knowing what the subject was about.

Shortly after, he attended another meeting with Puigdemont, in this case at the Casa dels Canonges de la Generalitat, which was also attended by a man of Russian origin. In this case, she has stated that she does not remember what they talked about, because it was not in his interest.

The summons to Artadi occurs as a result of the statement in court by the former head of international relations for the CDC, Víctor Terradellas, who explained meetings with Russian emissaries in October 2017 in the midst of the sovereignist process, and that Artadi was present at least in one.

Terradellas said that two Russian emissaries, Sergey Motin and Jordi Sardà, asked him to meet with Puigdemont, to which he agreed and received them at the Casa dels Canonges.

At the meeting, the emissaries stated that they were interested in helping Catalonia after the declaration of independence, and Terradellas added that Artadi, then Minister of the Presidency, also attended a second meeting the following day.

1 Spanish researchers build a building that is proof... 2 Residencial Kings, where reconciling work and personal... 3 Gilmar, the best option to find the house of your... 4 An exhibition celebrates the 30th anniversary of the... 5 The immersive art of Ron Arad surrounds La Marina... 6 Hablamos Español wins the support of the PP, Ciudadanos... 7 The left asks the PSOE for "transparency"... 8 Rafel Chirivella: «We work to have a regatta of prestige... 9 What is the injury that Rafa Nadal has? 10 The Government irrigates Andalusia with almost 80... 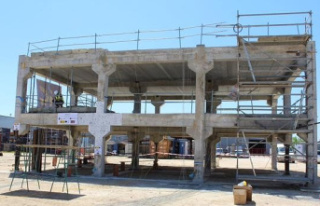 Spanish researchers build a building that is proof...