The press conference was held in the room on the fourth floor of the Palacio de Cibeles reserved for key announcements. 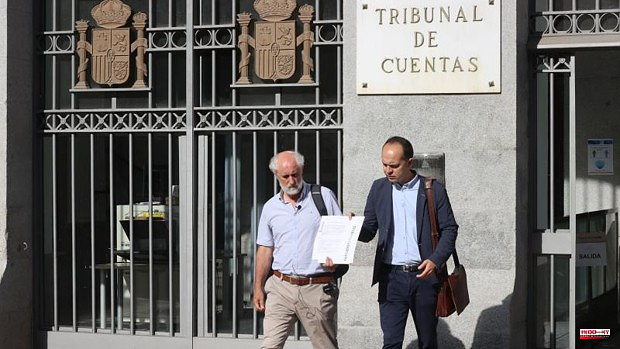 The press conference was held in the room on the fourth floor of the Palacio de Cibeles reserved for key announcements. The first Government Meeting of the year or the budgets deserved this place. The mayor and the municipal spokesperson sat this Thursday in front of the tapestry with the bear and the strawberry tree. "There is no special reason, beyond transparency and accountability to the media," said José Luis Martínez-Almeida. Shortly before, however, three councilors filed a complaint against the largest opposition party, Más Madrid, for "illegal financing."

"We are very concerned with the information that has appeared today," was the first response of the councilor. "It seems that Rita Maestre has extorted municipal workers to pay the electoral debts of Íñigo Errejón," she criticized, "she threatened municipal workers with dismissal if they did not contribute to defray the 550,000 euros that the electoral campaign cost."

The three Carmenista mayors who split from Más Madrid and formed the Mixed Group have attacked what was their parent group without hesitation and, this morning, they have sent their complaint to the Court of Auditors.

Forced fees to the supporters of Más Madrid (not affiliated), disguised under the formula of "donations", and illegal dismissals, as several court rulings have confirmed, of the neighboring members and advisers who refused to pay that "financial letter". As ABC has published, the maneuver served to finance the national platform that emerged from Más Madrid, Más País, commanded by Errejón and that won two seats in the 10-N elections. And the state subsidy was insufficient to return the 550,000 euros from the electoral campaign.

«It is still curious that he is the president of the Commission for Democratic Quality and Regeneration of the Congress of Deputies, he himself presides over a party that is based on an alleged documentary falsity and allows, and orders, in collusion with Rita Maestre, that She was his campaign manager, that there are people who are on the street exclusively because they did not pay for the electoral campaign, ”Almeida has questioned. In September of last year, three court rulings condemned this 'purge' of neighboring members and advisers in the districts of Más Madrid.

The complaint is already in the Court of Auditors, but there is another crime that stains Más Madrid, that of "falsity of documents". The newspaper El Mundo published this week the internal chats of the members of the group that reveal a "false" assembly to constitute the new formation of Errejón and to run for the 2019 elections. "Más Madrid is a 'fake' party, built to serve only the ambition of Errejón », the mayor settled this Thursday, two days after announcing that they will take the case to the Prosecutor's Office. "We are going to continue studying and compiling all the data to put together the complaint, but the truth will depend on Rita Mastre and Íñigo Errejón," Almeida reported on the complaint prepared by the city council's legal services.

The matter, uncovered by the fratricidal war between the heirs of former mayor Manuela Carmena, has already turned the last municipal plenary session into an angry session: "I say three words to Más Madrid: do not commit crimes," the mayor launched Rita Maestre, who laughed and applauded the taunts. The group's spokeswoman denies the facts and blames the accusation on a "plot" by the PP. Also Íñigo Errejón: «The PP on the hunt. We have nothing to hide: in More Country and More Madrid, public officials donate part of the salary legally », the deputy wrote on his Twitter account.

1 A year spreading the legacy of the victims from Vitoria 2 A Palma police car kills a pedestrian and injures... 3 The Generalitat confirms the first case of monkeypox... 4 Spanish green shoots in Mauritanian desert storm 5 A woman arrested for trafficking cocaine at retail... 6 Germans buy 7.7% less food to support the rise in... 7 All Iron Ventures creates its first fund of funds... 8 The Supreme Court forces Paradores to pay salary supplements... 9 El Real Madrid ficha a Rudiger ill 2026 10 Shein: this is the new store that has opened in Madrid 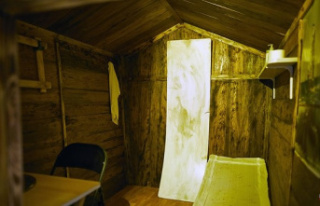 A year spreading the legacy of the victims from Vitoria