A Palma police car kills a pedestrian and injures two others

A vehicle of the Local Police that was on duty and acting urgently this morning has run over three pedestrians in Palma. 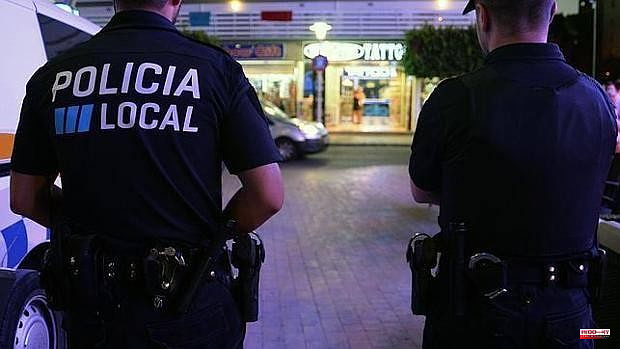 A vehicle of the Local Police that was on duty and acting urgently this morning has run over three pedestrians in Palma. In the accident, which occurred around 00:30 am on Paseo Sagrera in the Balearic capital, a 34-year-old Italian has died. Two other people, apparently co-workers of the fatal victim, were injured.

From the Local Police it has been indicated that the investigation of the accident continues its course with the analysis of the relevant evidence.

In addition, they have expressed their "most sincere" condolences to the family of the deceased and have transferred their support to family and friends.

They have also lamented and have transferred their support to family and friends of the two people injured as a result of the "terrible accident".

The Palma Local Police Commissioner, Antonia Barceló, has confirmed that the two officers who were in the car were wearing the light signals and have given negative breath tests, "0.0".

The officer driving the vehicle had been in the service for more than ten years and was accompanied by a trainee police officer at the time of the accident. Both have been treated psychologically. The agent is still active.

The police check the cameras of the place and maintain an investigation to clarify the facts. It has not been possible to locate the family of the fatal victim, of which he has not given more details out of respect for his relatives

Barceló, who has visited one of the wounded in the clinic this morning, has reported that the boy was conscious and dismayed by the death of his co-worker.

The councilor for Citizen Security of the Palma City Council, Joana Maria Adrover, has said that the "investigation will be rigorous and forceful". She has pointed out that the road was wet, but she has not confirmed if this was the cause of the patrol car losing control when changing lanes.

1 The Generalitat confirms the first case of monkeypox... 2 Spanish green shoots in Mauritanian desert storm 3 A woman arrested for trafficking cocaine at retail... 4 Germans buy 7.7% less food to support the rise in... 5 All Iron Ventures creates its first fund of funds... 6 The Supreme Court forces Paradores to pay salary supplements... 7 El Real Madrid ficha a Rudiger ill 2026 8 Shein: this is the new store that has opened in Madrid 9 Ultra, the world's largest electronic festival,... 10 The TC also annuls the government reform that left... 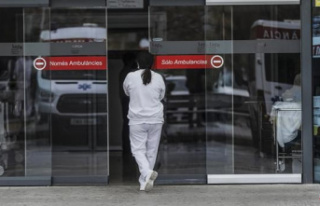 The Generalitat confirms the first case of monkeypox...