A year spreading the legacy of the victims from Vitoria

"How could he hold on? I would not have survived. 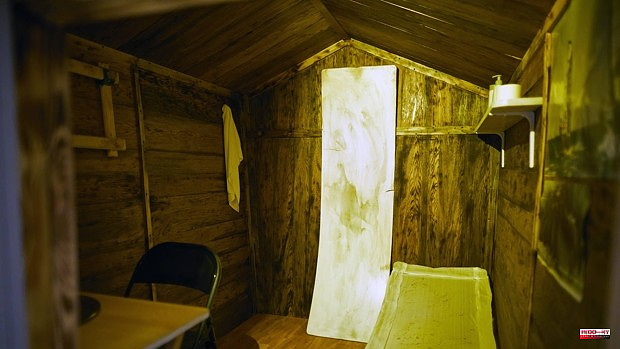 "How could he hold on? I would not have survived." It is probably the phrase that Raúl López Romo, historian and head of education at the Victims of Terrorism Memorial Center in Vitoria, has heard the most times in the 365 days it has been open. It is, he tells us, the reaction that visitors usually have when they access the reproduction of the dungeon in which José Antonio Ortega Lara was kidnapped for 532 days.

In just a few seconds, a feeling of suffocation and overwhelm is transmitted, which for many is unbearable. It is the piece that best conveys the "dehumanization of the other and the contempt for other people's lives" that terrorism entails, but not the only one. Visitors can also see a skateboard that belonged to Ignacio Echeverría.

It is another iconic piece in the fight against terrorism in Spain that recalls the young man who died in London in 2017 while trying to prevent a terrorist attack.

Those who visit Vitoria these days will also be able to see the exhibition of real stickers that in the 70s were used to promote hatred or exalt terrorism. They wallpapered streets, bars or fair booths and were one more element of radical propaganda. Most of the 600 copies gathered for the occasion are related to ETA and its environment. There are some with targets that point to well-known characters and with threats to the 'zipaios' or 'txakurras' (insults to refer to the Ertzaintza in pro-ETA language). Together with them you can also see examples of slogans used by GRAPO, FRAP, neo-Nazi or anarchist groups.

"Everyone leaves here learning something new," explains López Romo. Because it is impossible to remain impassive before testimonies such as that of small businessmen who recount their feelings upon receiving letters requesting the revolutionary tax or that of family members who lost their loved ones due to terrorist barbarism.

Hence, the balance of this first year of activity could not be more "positive". Since the Memorial opened its doors, more than 30,000 people have come to Vitoria. Half came from the Basque Country and Navarra, but there have also been 5% of foreign visitors, most of them French. In addition, another 20,000 people have been interested in the temporary exhibitions that have been organized in different places in Spain.

If at a quantitative level the numbers have accompanied, at a qualitative level this year has also served to get people to talk about a subject "that for many years was taboo". López Romo assures that the center is collaborating to "demystify" the terrorist scourge and also to spread what happened.

A good part of society threw their hands up a couple of years ago when some studies warned that many young people did not know who Miguel Ángel Blando or José Antonio Ortega Lara had been; but the truth is that the reality could be even worse. "Many do not know what ETA itself was," laments López Romo, because most were very young children when the ETA members committed the last deadly attack.

A recurring question to younger visitors is usually about the number of victims left by ETA terrorism; and on more than one occasion they have verified with surprise that there are even those who number them in the tens of thousands, "as if it were a war." At the Center, however, they are in charge of explaining to them that in ETA's terrorism, and also in that of other groups such as the GRAPO, the FRAP or the jihadists, in reality there are victims and executioners.

That is why they define as "strategic" the work they do with educational centers. In just one year they have received the visit of schoolchildren from 30 schools or institutes, of which two thirds were located in the Basque Country and Navarra. They also make visits with educators and teacher training programs so that they can explain teaching units on terrorism in the classroom. Other times it is the Memorial that brings the stories of the victims to the classroom, or of people like Teo Uriarte, one of the founders of ETA, who now speaks as a repentant terrorist. These testimonies have been so popular that they already have a project underway to record them and edit videos that can be shown in schools.

Those responsible for the Memorial assure that despite the fact that they have managed to spread the legacy of the victims in an environment of "certain normality", there is still "a lot to do". They refer to the legitimization of terrorism that, although minority, still exists in the streets of the Basque Country and that, for example, led a group of young radicals to place a banner on the gate of the building calling for a "boycott" of the center.

“Before they killed us, now they insult us, we have made some progress,” says López Ramo, for whom a fundamental axis of action continues to be the dissemination of memory to “undermine” all those who insist on turning the page as soon as possible. In his opinion, no one should think that having abandoned violence, everything has been left behind. "It's not just about stopping using it, they also have to condemn it." It is the message that Vitoria will be responsible for reminding all those who want to forget at a stroke of the pen the damage caused for decades.

1 A Palma police car kills a pedestrian and injures... 2 The Generalitat confirms the first case of monkeypox... 3 Spanish green shoots in Mauritanian desert storm 4 A woman arrested for trafficking cocaine at retail... 5 Germans buy 7.7% less food to support the rise in... 6 All Iron Ventures creates its first fund of funds... 7 The Supreme Court forces Paradores to pay salary supplements... 8 El Real Madrid ficha a Rudiger ill 2026 9 Shein: this is the new store that has opened in Madrid 10 Ultra, the world's largest electronic festival,... 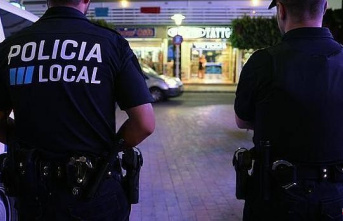 A Palma police car kills a pedestrian and injures...