Marin hopes that all parties will make clear their pacts in the first debate of the campaign: "I've said it clearly."

Juan Marin, vice president of Junta de Andalucia and Ciudadanos candidate for the presidency (Cs), will face the first debate of six Andalusian electoral campaigns away from "confrontation. 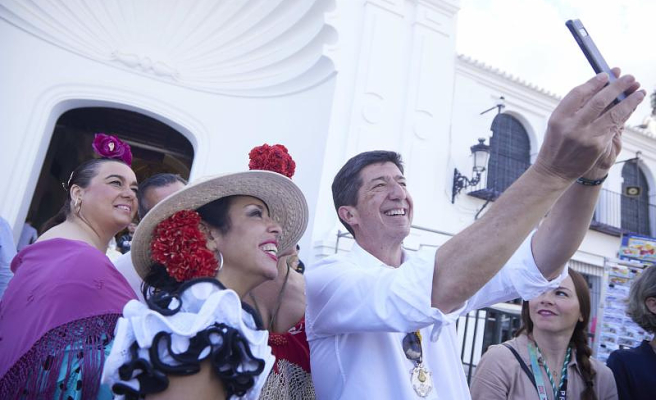 Juan Marin, vice president of Junta de Andalucia and Ciudadanos candidate for the presidency (Cs), will face the first debate of six Andalusian electoral campaigns away from "confrontation. dispute and fight". He wants to concentrate on explaining his party's proposals but also recognizes that all parties must explain their intentions after the elections.

Marin said that he thought Andalusians should be told what he would do with their vote on 19J. He assured that he has stated his position clearly: "I have made it very clear, I want the government agreement current coalition PP and Cs, and I don't care about the percentage or number of seats because there isn't going to be a more valuable seat than those of Cs.

This was stated in El Rocio (Huelva) at a media session. He was "totally persuaded" that with enough votes there would be a government with a budget, normality and tranquility.

Marin insists that he will not agree with either of the formations. He also said that he was not in agreement with the PSOE, which "intends to return taxation To Andalusia" but has Juan Espadas as a candidate; neither with Vox, since "I'm no going with them" or picking up 500 euro bills.

Marin acknowledged that the Andalusian electoral campaign's first six-session debate will be broadcast on Monday on RTVE. However, he stated that it is "very complicated" to do so in 15 minutes. He also said that he would not engage in "confrontation, dispute, or fighting" to accomplish this. Marin faces the issue "with great determination to be able explain what we think we need to continue doing" in Andalusia. He also stressed the importance of reissued the PP-Cs coalition government.

Marin stated, "I am completely convinced and I remain confident that we will be decisive" and that they would be able "to continue with this work that has been done for four years which has allowed Andalusia become a locomotive in Spain". Marin also pointed out that "we have put aside corruption, and other issues that really only embarrass the vast majority Of Andalusians>>."

Juan Marin was asked if the Andalusia voting trend could impact the next national elections. He acknowledged the importance of the over four million people who voted on June 19, but insisted that they cannot vote in a national election. He stressed that these elections were not "a springboard to Abascal to become president of Spain" but he asked for respect because "Andalusians should that we speak about Andalusia."

Marin was also questioned in an electoral key by Juan Espadas, the socialist candidate who said that he would not abstain if PP wins in votes. These statements are not surprising to the liberal since the only thing that he tries is to make it more difficult, he has always done it>>

Marin assured us that there is no difference in the PSOE between Susana Diaz's PSOE and Espadas's PSOE. However, she did say that she had claimed that Andalusia was fairly represented by her former general secretary, Swords, not even that.

He said, "That a blockade is be proposed to the possibility for an investiture seems perfectly feasible to me," while referring to it as a "strategic matter" since, he stated, "The polls aren't going very well." He also added that it was a strategic issue because he told his electorate that he would not abstain to allow another candidate to be president because it won't sit well with his voters.

The return operation of many people takes place this Sunday. He also pointed out that "we will wait for the return" because of possible retentions on roads like the one at the entrance in Seville. He predicted that there would be no incidents.

He expressed his appreciation for the behavior of the brotherhoods and pilgrims as well as the work done by the Security Forces and Corps who "are allowing it" to be a Rocio similar to the one that we all desired after three years of hiatus because of the pandemic.

1 Moreno promises a "water revolution", which... 2 Queen Elizabeth participates (in the form of a hologram)... 3 These are the cheapest hours of electricity this Monday,... 4 Afternoon of nuances in the first of the Potter 5 Luis Enrique: "We depend on you and we will continue... 6 Gavi surpasses Ansu Fati as the youngest goalscorer 7 To prepare for the debate at six, candidates paralyse... 8 Nearly five million workers don't contribute... 9 Data measurement technology in the service of eSports... 10 Russia strikes Kyiv with missiles; Putin warns West... 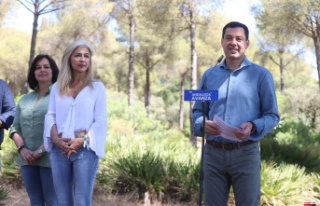 Moreno promises a "water revolution", which...