A journalist goes to cover an accident and finds out live that his son is the fatal victim: "Don't let it be him!"

A journalist from Araraquara, in São Paulo (Brazil) went on June 6 to cover a fatal accident between a car and a truck on the Antonio Machado Sant'Anna highway. 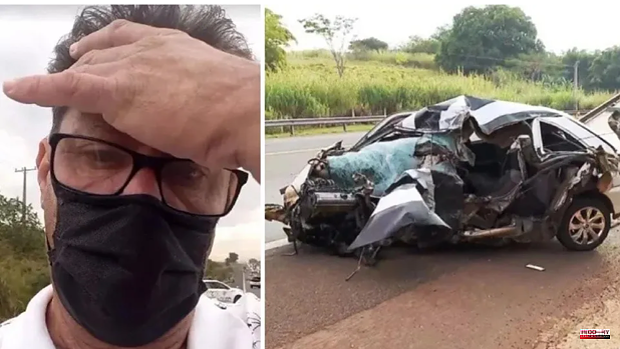 A journalist from Araraquara, in São Paulo (Brazil) went on June 6 to cover a fatal accident between a car and a truck on the Antonio Machado Sant'Anna highway. When he had already arrived at the place he was faced with the worst surprise of his life.

Carlos Alberto Baldassari was broadcasting live for his news page on Facebook and when he approached the accident vehicle he realized that it was his son, Tiago Cequeto Baldassari, 32 years old. The transmission was interrupted at that moment and then the reporter went back online to confirm that the victim was his son, also a journalist who used to accompany him on his programs on 'Balda News'.

Upon arrival at the scene, Carlos Alberto first described the crash and was impressed by its seriousness.

"My Our Lady of Aparecida, what an ugly accident," he says. She approaches the car and the victim's body, which is covered. At that moment, she recognizes that the vehicle belonged to her son, but she does not mention it during the transmission.

“That's the situation here, we'll keep monitoring and we'll come back anytime, I'll get more data, okay? And we'll be back anytime. The situation is really very complicated and we will return », he indicates excitedly. Shortly after, he lowers the camera and is heard talking to another journalist. "Let me call his mother, his wife is pregnant," he says. Soon after, a colleague asks, "Is your son doing the show with you?" and the journalist confirms it.

“Unfortunately, in this world of information, there are times when we have to cover events involving family members. Unfortunately, today is my son. We lose Thiago and may God receive him with open arms, he is a good boy, with a good heart », Carlos Alberto said excitedly.

Tiago left behind his wife, three months pregnant, an 8-year-old daughter, his parents and the rest of the family.

In an interview with 'g1', the journalist said that he had a bad feeling when he went to the accident site. «He [Tiago] used that stretch [of the highway] a lot. When he went to the place I felt very bad, I had a very bad intuition inside me. I talked to the guy who was with me, that we were going to do a studio show, and I said, 'I just hope he's not my son, for God's sake. Let it not be him », he said.

The truck driver informed the Highway Police that the car had entered his lane and caused the accident. Firefighters and the Mobile Emergency Service arrived at the scene, but Tiago had died on the spot.

The journalist awaits the police investigation to find out the causes of his son's accident. "I don't know if he had a sudden illness, I don't know if he fell asleep. It seemed strange to me that a part of the suspension was thrown just before the accident », he said.

1 The Ibex 35 suffers the biggest setback since the... 2 South Summit closes its tenth edition with 4,300 million... 3 Notice from the Bank of Spain: the crisis with Algeria... 4 The International Sailing Week City of Santander hoists... 5 Victoria del «Ageas – Team Baie de Saint-Brieuc»... 6 The ultimate embarrassment of the Saint-Denis final:... 7 FIFA absolves Ecuador and Chile loses its hopes of... 8 Donate or sell, what to do with the clothes you no... 9 The PP demands the arrangement of the sidewalks and... 10 The future of the festival, on the air less than a... 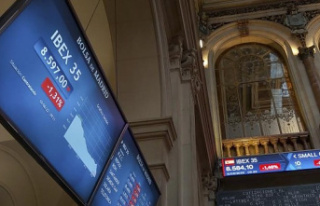 The Ibex 35 suffers the biggest setback since the...