The President of the Government, Pedro Sánchez, together with municipal and community authorities of Madrid, have formalized the closing of the tenth edition of South Summit, with the awarding of prizes to the most outstanding projects of the event. 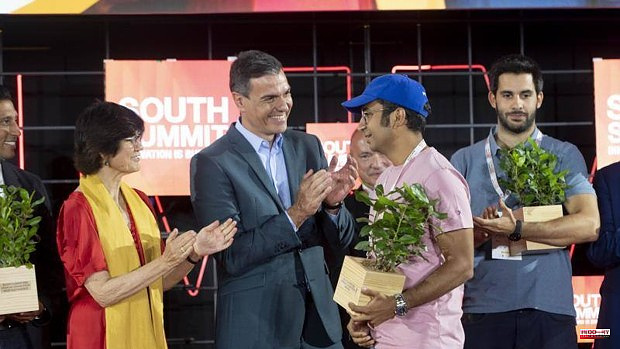 The President of the Government, Pedro Sánchez, together with municipal and community authorities of Madrid, have formalized the closing of the tenth edition of South Summit, with the awarding of prizes to the most outstanding projects of the event.

The founder and president of South Summit, María Benjumea, congratulated the participants for their support and highlighted the advances in terms of investment compared to previous editions, with a total of 2,600 million through venture capital funds. Regarding the first year of the event, where 126 million were captured in investments for startups, the figures for 2022 climbed by 4,300 million.

Benjumea has highlighted the progress of the Spanish innovative ecosystem, with 11,000 startups that places Spain in fourth place in Europe, highlighting Madrid with its 3,500 startups in operation.

He also congratulated the President of the Government for the so-called Law on Startups (Law for the Promotion of the Ecosystem of Emerging Companies) that will enter into force in September after approval by the Congress of Deputies.

Pedro Sánchez took over and joined the congratulations for the progress of South Summit in its decade of life: «it has established itself as an unavoidable event in the Spanish ecosystem».

The President of the Government has also taken advantage of the occasion to assess the impact of entrepreneurship on the Spanish economy. “You have done your part. Spanish entrepreneurship has multiplied by five in the last year and, thanks to you, Spain was the fifth country in the European ranking of unicorns during 2021 »he affirmed.

During the course of the day, the awards that recognize the most disruptive, scalable, sustainable startups and the best team were announced. The Valencian company Zeleros has won the award for the Most Disruptive Startup for its Hyperloop project, a land transport system that connects urban and logistics centers at a speed of 1,000 km/h with zero direct emissions. In addition, Zeleros also won the vertical Mobility competition last Thursday

The startup Nware has been recognized with the Most Scalable Startup award thanks to its cloud gaming platform that allows users to play any game on any device, without the need to buy a console. This Madrid-based startup also emerged as the winner of the vertical Comms

In addition, the Catalan company Nextmol has received the award for Best Team. This Barcelona startup has created a virtual laboratory to accelerate the design of better and more sustainable chemical products. All this thanks to computational techniques such as molecular modeling and machine learning. Nextmol was also the winning startup in the Industry 5.0 vertical.

Lastly, the award for the Most Sustainable Startup went to Ryp Labs. This American startup develops simple and effective solutions that can be used at any point in the food product supply chain. All this with the aim of guaranteeing a 100% sustainable production process. This startup won the competition in the vertical Energy Transition

Within the framework of this event, The Next Big Thing award was also given, which recognizes the entrepreneurial talent of the youngest members of South Summit and has gone to Madrid's Colegio Fernández de Córdoba for its 'Green Hydroship' project.

On the last day of South Summit Madrid 2022, the empowerment of the next generations was also discussed by the brothers Ali and Hadi Partovi, CEOs of the companies NEO and Code.org, respectively. Both have agreed on the importance of information technology when it comes to empowering future generations of entrepreneurs. "We want to show that computer science is the most important thing one can study right now, because there is no field or sector that is not conditioned by technology," Hadi stressed, while his brother Ali pointed out that "all the big companies of the world were born in the same way: thanks to people who studied computer science».

Education was also discussed by Lee Newman, dean of IE University, and Sal Khan, founder and CEO of Khan Academy. In this sense, Khan has been very specific, stating that «true learning occurs with the interaction between people. That is why the Internet is so interesting and revolutionary for education, because it is the first truly interactive medium». He also wanted to assess the effects that the pandemic has had on training, pointing out that "it has shown that education does not need to be linked to a specific space and time"

Among those attending the tenth anniversary of South Summit, 40% were 'startups', 30% were corporations and 12% investors. In addition, more than 1,000 face-to-face meetings have been held and 220 investment funds (72% international) with a portfolio of 250,000 million dollars have also been present.

1 Notice from the Bank of Spain: the crisis with Algeria... 2 The International Sailing Week City of Santander hoists... 3 Victoria del «Ageas – Team Baie de Saint-Brieuc»... 4 The ultimate embarrassment of the Saint-Denis final:... 5 FIFA absolves Ecuador and Chile loses its hopes of... 6 Donate or sell, what to do with the clothes you no... 7 The PP demands the arrangement of the sidewalks and... 8 The future of the festival, on the air less than a... 9 A Basque initiative aims to capture 10% of the European... 10 Family: Ex-ruler of Pakistan, Musharraf, critically... 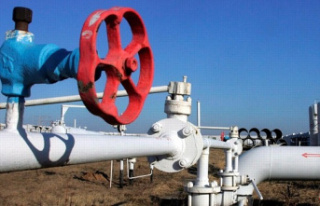 Notice from the Bank of Spain: the crisis with Algeria...