The future of the festival, on the air less than a week away

The main consequence of the accident this Friday morning at Monte do Gozo, which left two workers seriously injured, is whether or not the celebration of the festival is compromised. 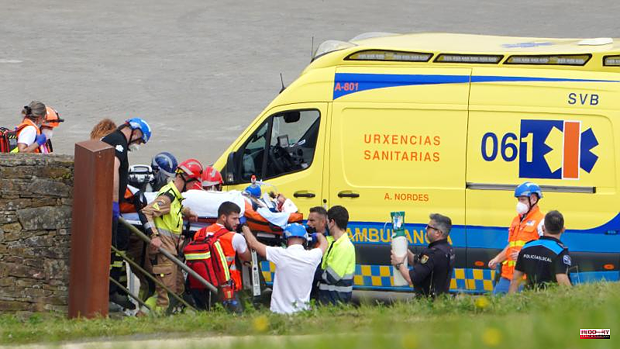 The main consequence of the accident this Friday morning at Monte do Gozo, which left two workers seriously injured, is whether or not the celebration of the festival is compromised. Less than a week before one of the main events of the summer starts —with the performance scheduled for the next day 16 by C. Tangana, Sebastián Yatra and The Chemical Brothers as main courses— the question is whether the time will be enough to rebuild part of the collapsed fall and if security during the event can be guaranteed for both the invited artists and the public, with an expanded capacity of 100,000 people, which means about 40,000 tickets per day.

For the time being, and with no news at the close of this edition, the organizers of Son do Camiño have chosen not to make a move, sending a brief statement to the media in which they report an "incident in the assembly of the main stage" and state that The causes of the collapse of part of these structures "are awaiting investigation."

The text ends with an open "information will be published as it becomes available" that failed to calm the spirits among the attendees. In social networks, those who have tickets for the event debate between those who defend the security of the place before continuing with the celebration of the event and those who wonder what will happen to hotel, plane and train reservations if the festival is closed. cancel or move day. The only message of calm in this regard was sent by the second vice president of the Xunta, Diego Calvo, who from the scene of the event indicated just a couple of hours after the accident that the suspension is not something that is "on the table". However, doubts continue to hover over the damaged stage, which symbolizes one of the most important dates of the year for the Galician capital. In the words of the spokesman for Hospitality Compostela, Thor Rodríguez, "this festival is the second most important event of the year for Santiago, only behind the Apóstol, and in this edition they had managed to equate one and the other."

In figures, the spokesman reveals that thanks to the planned concerts, the occupation of the city for the next few days is 100 percent, and in the metropolitan area it reaches 93.7 percent. Despite the expectations and the economic injection that it implies, "far from any other event at the local or national level" the sector is committed to waiting for the results of the inspections to know "if the safety of the attendees is fully guaranteed, that It is the main thing and what should concern us the most now, in addition to the recovery of the two operators”, remarks Rodríguez.

1 A Basque initiative aims to capture 10% of the European... 2 Family: Ex-ruler of Pakistan, Musharraf, critically... 3 EvAU Castilla-La Mancha: the claim for the Mathematics... 4 The Provincial Councils of Alicante and Segovia exchange... 5 The Women's Universe Tour will bring to Zamora... 6 Calviño avoids committing Next Generation funds for... 7 The future of home delivery, autonomous robots 8 British pilots veto the arrival of Iberia colleagues... 9 Ethiopia is open to resuming talks on dams with Egypt... 10 India protests the desecration of Hindu temples by... 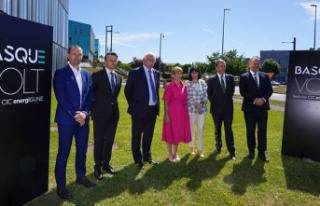 A Basque initiative aims to capture 10% of the European...