The ultimate embarrassment of the Saint-Denis final: the footage of the incidents, destroyed

Not even the French government's apologies to Liverpool fans managed to dispel their discomfort at what they had to go through at the Saint-Denis stadium during the Champions League final between their club and Real Madrid. 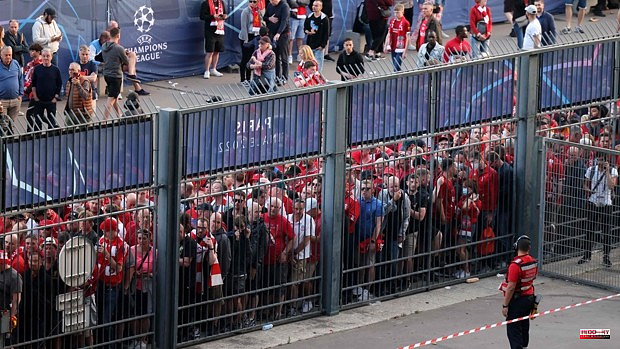 Not even the French government's apologies to Liverpool fans managed to dispel their discomfort at what they had to go through at the Saint-Denis stadium during the Champions League final between their club and Real Madrid. Crowds, police charges and assaults that, regardless of the sport, made more than one bitter about their trip to Paris.

Nor will the Madrid fans, despite the joy of the fourteenth, keep good memories of the Parisian suburb. Many returned to Spain with the joy of seeing their team crowned European champion again, but without a wallet or with the windows of the car smashed. Some events that even led the club chaired by Florentino Pérez to ask for explanations for what happened.

Initially, UEFA issued a statement explaining that the access problems and the subsequent delay in the start of the final had their origin in the large number of counterfeit tickets that reached the turnstiles of the stadium. But it was just one of the factors that brought chaos to the stadium on the outskirts of Paris. Assaults on the fences of the enclosure, robberies and police charges completed a night of authentic nightmare.

The image of France and its capital were significantly affected by the incidents at the 'Stade de France'. Some facts that cannot be investigated in depth because, as confirmed by Erwan Le Prévorst, director of Institutional Affairs of the French Football Federation (FFF), the images from the stadium cameras "were automatically destroyed after a week." One more shame in an already unfortunate episode.

Le Prévost explained that the images from the surveillance cameras were destroyed after a week: “The images are available for seven days. They are then automatically destroyed. We should have made a request to dispose of them."

According to French law, seven days is the deadline for saving the images, but these could have been kept if there had been an express request by the Prosecutor's Office. "If the prosecutor does not make a request, the images disappear."

Another participant in the Senate commission set up to clarify the events of the night of May 28, although as a witness, was the mayor of Liverpool, Steve Rotheram, who claimed to be in 'shock'. “This is the first time I have heard that the images of the television circuit in the surroundings of the stadium have been destroyed. It's worrying. I can't understand why, when this event was so important, and what happened still needs to be known. It is important to collect all the evidence. If it is true that these videos have been destroyed it shows very clearly that there is a problem », he accused.

But criticism has not only come from outside, since David Assouline, a senator from Paris, also expressed himself very critically after learning of the deletion of the images: “At least they have been destroyed due to incompetence. I don't want to think it was on purpose. This is very serious".

1 FIFA absolves Ecuador and Chile loses its hopes of... 2 Donate or sell, what to do with the clothes you no... 3 The PP demands the arrangement of the sidewalks and... 4 The future of the festival, on the air less than a... 5 A Basque initiative aims to capture 10% of the European... 6 Family: Ex-ruler of Pakistan, Musharraf, critically... 7 EvAU Castilla-La Mancha: the claim for the Mathematics... 8 The Provincial Councils of Alicante and Segovia exchange... 9 The Women's Universe Tour will bring to Zamora... 10 Calviño avoids committing Next Generation funds for... 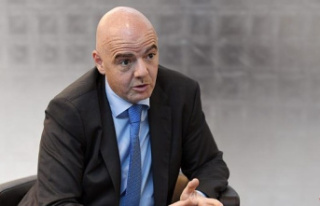 FIFA absolves Ecuador and Chile loses its hopes of...