Nothing like it had been seen since the early stages of the war in Ukraine. 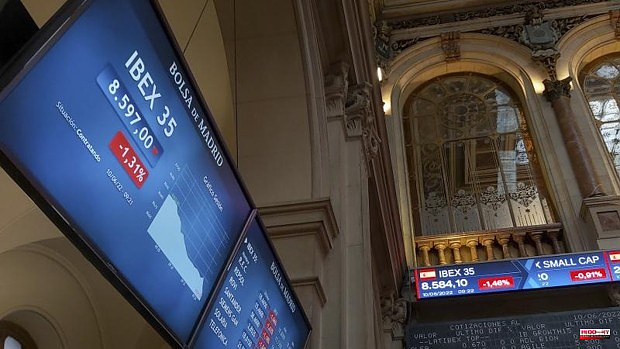 Nothing like it had been seen since the early stages of the war in Ukraine. The Ibex 35 has collapsed in the session this Friday by 3.68%, losing 8,400 points and with the banking sector as the most affected. The market has not received well the announcement that there will soon be a rate hike from yesterday by the European Central Bank (ECB), but it has especially choked on the inflation data from the United States.

Prices continue to run wild in the United States with an increase of 8.6% in May compared to the same month last year, according to data released today. The rise represents a new maximum for the last forty years and the biggest headache for the president of the country, Joe Biden.

And this occurs in a context in which the Federal Reserve has moved faster than the ECB to raise interest rates.

The reality is that the market had a more moderate figure for inflation in the American country, and the surprise that inflation remains entrenched despite the measures adopted encourages fear of a recession. Hence, the Ibex 35 has suffered a setback not seen in months, but it is not the only parquet that has closed in red.

The Italian stock market has finished the day leaving 5% in the session. The French and German stock markets have also ended in negative, although somewhat more moderately: the former has dropped 3.69% and the latter 3.05%. London, for its part, closed in the red at around -2%.

However, today's session was already preceded by a bad data on Thursday. Yesterday the Ibex 35 left 1.49% in the session, with BBVA as the most punished. The selective Spanish did not welcome the ECB's announcements of the end of stimuli and the beginning of the rate hike in July, something that was expected. The bad inflation data in the US has ended up crushing the week.

By sector, banking is the one that has been left the most in this Friday's session. All entities have fallen by more than 6%, and there are even three that have surpassed it. Caixabank and Santander have exceeded the 7% drop and BBVA has even passed the 9% collapse.

1 South Summit closes its tenth edition with 4,300 million... 2 Notice from the Bank of Spain: the crisis with Algeria... 3 The International Sailing Week City of Santander hoists... 4 Victoria del «Ageas – Team Baie de Saint-Brieuc»... 5 The ultimate embarrassment of the Saint-Denis final:... 6 FIFA absolves Ecuador and Chile loses its hopes of... 7 Donate or sell, what to do with the clothes you no... 8 The PP demands the arrangement of the sidewalks and... 9 The future of the festival, on the air less than a... 10 A Basque initiative aims to capture 10% of the European... 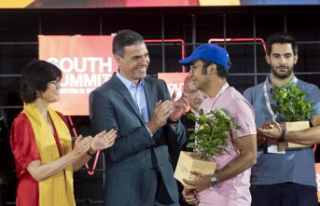