A domestic worker arrested for stealing jewelry worth 15,000 euros in different houses in Elda

The National Police has arrested a 62-year-old woman in Elda, who worked as a domestic worker in houses where she continuously stole jewelry worth 15,000 euros, taking advantage of the trust given by her victims. 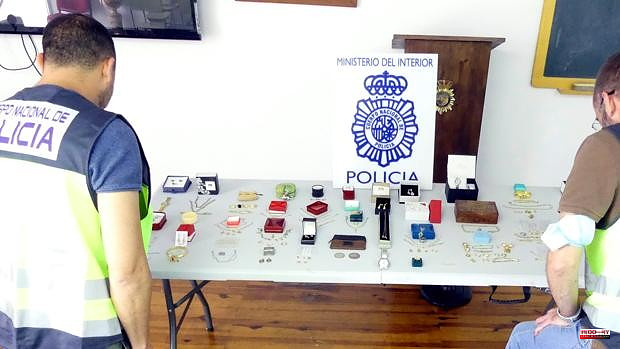 The National Police has arrested a 62-year-old woman in Elda, who worked as a domestic worker in houses where she continuously stole jewelry worth 15,000 euros, taking advantage of the trust given by her victims.

The facts were learned from the complaint of a 76-year-old woman, who was missing a considerable amount of jewelry and who had not observed any symptoms of theft in her home, indicating that she suspected the woman she had hired as an employee of home, who, although she did not have keys to access, did have her complete trust to stay alone in the home if necessary to carry out her work, since she had known her for a long time.

After verifying the facts, the investigative agents of the Local Judicial Police Brigade of the Police Station detected a huge amount of jewelry sales by the investigated woman dating back to 2017.

Once such an indication was detected, the investigators prepared a meticulous photographic album with photographs of all these jewels and showed it to the victim who, without hesitation, recognized some of these jewels as his property, although some had been reflected on his she denounced and others she did not, because they were jewels of very little use to her and of which she had not detected their lack.

However, this seemed to be the tip of the iceberg, since the agents found out that the investigated currently worked in more homes as an employee and the sale of jewelry was quite considerable.

Thus, they located and again showed the photographs of the jewels to these alleged victims, resulting in all of them recognizing some of the jewels in the photo album as their property, however, none of the new victims had filed a complaint. either because they had not detected their fault as they were jewels of no use, or because they thought that they could not find them due to personal oversight.

Once all the evidence had been compiled, the agents located and arrested the accused accused, presumably, of a continued crime of theft, carrying out a search at the home of the arrested person with the authorization of the local Court of Instruction.

As a result of this search, it has been possible to recover a large amount of jewelery and 2,200 euros in cash, continuing with the investigation due to the suspicion that there could be more victims who were not yet aware of their disappearance.

As for the amount calculated by the Police, on the benefits that the arrested woman would have obtained from the sale of the jewelry, they estimated that it amounted to about 15,000 euros. 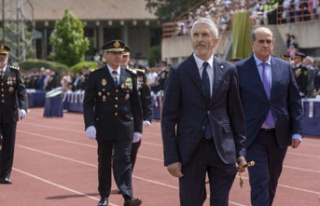 Marlaska, booed by those attending the swearing-in...