The extension of the escape clause next year will not mean, in practice, an open bar for the States with the most debt and deficit in the European Union (EU). 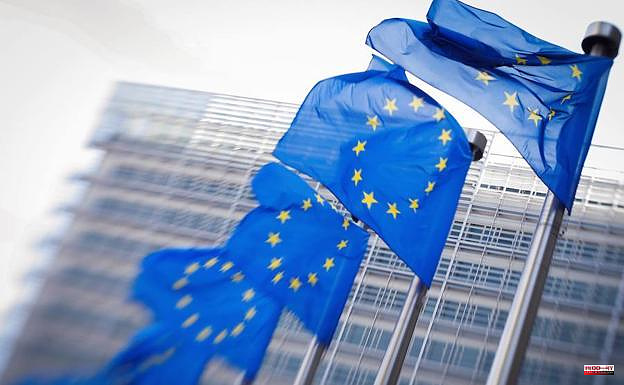 The extension of the escape clause next year will not mean, in practice, an open bar for the States with the most debt and deficit in the European Union (EU). At the beginning of May, Brussels urged the most indebted European countries to clean up their public accounts as soon as possible and is following with special concern the situation of eleven states, including Spain.

This list also includes Portugal, Italy, Greece, France and Belgium, which the EU considers the Member States most vulnerable to future crises and most likely to continue in this situation in the long term. This is stated by the Community Executive in its Financial Sustainability Report, in which it recommends the national authorities, including the Spanish Government, to tackle as soon as possible a consolidation process that restores balance to the public accounts. It also advises them to use the exceptional benefits to reduce their debt.

Economic forecasts suggest that the vast majority will manage to reduce their deficit in these two years. In Spain, despite the fact that the war in Ukraine will lower economic growth to 4%, public debt will be reduced to 115.1% of GDP in 2022 and 113.7% in 2023. However, with respect to the rest of Europe, Spain will continue to be one of the most indebted countries, only behind Greece and Portugal.

The extension of the suspension of the fiscal rules will serve as an oxygen balloon for the European economies, stressed by the consequences of the Russian invasion. The mechanism, which establishes that European economies must keep the deficit below 3% of GDP and that the debt cannot exceed 60% of GDP, has been suspended since the pandemic. The Twenty-seven then decided to relax fiscal rules to face an unprecedented economic shock and avoid past mistakes, such as the era of austerity and cutbacks applied after the 2007 financial crisis.

The extension of this measure has a political consensus in the EU and is expected to be adopted on Monday at the meeting of EU finance ministers (Ecofin) and will give the member states more leverage to face the economic consequences of the war. Under the temporary framework of the EU crisis, the Member States have deployed state aid in the millions to support consumers and companies affected, among other factors, by the high price of energy.

At the same time, and under the guidelines set by Brussels, the most indebted countries must continue with the necessary investments to carry out the green and digital transition, relying on the European Recovery Plan. In this process, the Next Generation funds, from which Spain has already received a first disbursement of 10,000 million euros, will play a crucial role.

Looking to the future, the Twenty-seven agree that they must carry out a review of the EU Stability Pact, so that the requirements are adapted to the reality of each Member State. In this sense, Spain and the Netherlands - countries that have maintained very different positions on this matter - presented a proposal to promote this debate and that the fiscal rules leave room for economic growth, investment and reforms.

1 Rafa Nadal: "Of course I'm not the favorite... 2 El Limonar International School claims cultural diversity... 3 Power outages in important streets of Valencia from... 4 David Perron runs on roller coasters 5 P.K. Subban in the running for a trophy 6 The Monte Real Club de Yates hosted the presentation... 7 French coup in Cuneo: Demare wins the thirteenth stage 8 Italy presents a peace plan for Ukraine to the UN,... 9 Macron announces his new Government with a significant... 10 Indra maintains its governance structure for its shareholders'... 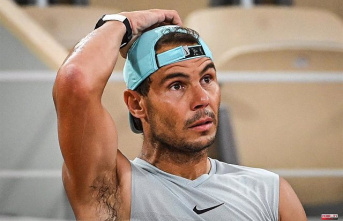 Rafa Nadal: "Of course I'm not the favorite...