Rafa Nadal: "Of course I'm not the favorite at Roland Garros, but that has never worried me" 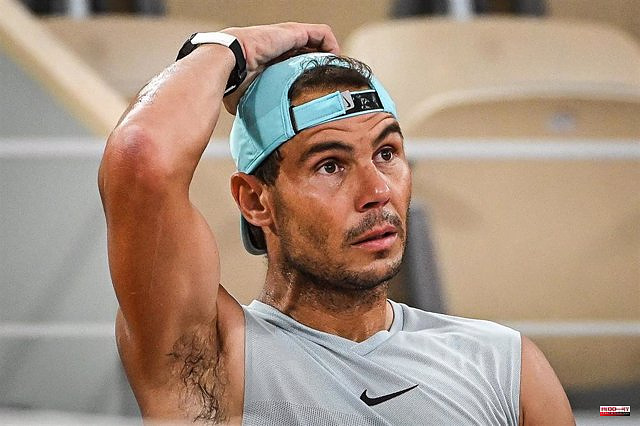 The Spanish tennis player Rafa Nadal assured this Friday that "the results show" that he is not "the favorite" for Roland Garros, the second 'Grand Slam' of the season and which begins this coming Sunday, and warned that not if he did not see "possible " who can play because of his foot pain would not be in Paris.

"Of course I'm not the favourite, the latest results show it, but this is something that never really worried me. When I was, I never considered myself the favourite, I've always considered myself one of the contenders for the title, but today Before the tournament starts, I don't think I'm the favorite at all, although you never know what can happen," Nadal said at a press conference on Friday.

The Balearic stressed that "the pain" in his foot "is still there", but he tried to remove the focus of attention on the ailment that was increased again in the Masters 1,000 in Rome. "The question is whether I will be able to play and defend my chances or not," he warned.

"I don't want to talk all the time about my foot, although I can understand it after what happened in Rome. I live with this problem every day, it's nothing new or a surprise. I'm here to play tennis and get the best possible result." and if I didn't believe it's possible, I probably wouldn't be here. I work as much as I can and train as best I can," added the 13-time winner on the Parisian red clay.

This new problem does not dampen the spirits of a Nadal who continues to see himself as "very privileged and fortunate" in what tennis gives him and who hopes to return to enjoying himself in "the most important place" of his career, despite the fact that, "unfortunately ", arrived without "the preparation" that I wanted.

The Spaniard regretted that his problem with his rib in Indian Wells slowed down "the nice start to the season", but recalled that "everything in sport can change very quickly" and that his mission is to "try to be ready" for it.

"Today there are players in better shape than me, that's for sure, but in the next few days, you never know. It was the same in Australia and here it will be difficult too, but it can happen again. All I have to do is believe in my possibilities, in my daily work and staying positive", underlined the number five in the world.

Finally, asked if taking advantage of being in Paris, he will go to see the final on Saturday 28 between Real Madrid, of which he is a fan, and Liverpool, it was clear. "I'm here to play Roland Garros above all, but I already have my tickets, of course," he said with a laugh.

1 El Limonar International School claims cultural diversity... 2 Power outages in important streets of Valencia from... 3 David Perron runs on roller coasters 4 P.K. Subban in the running for a trophy 5 The Monte Real Club de Yates hosted the presentation... 6 French coup in Cuneo: Demare wins the thirteenth stage 7 Italy presents a peace plan for Ukraine to the UN,... 8 Macron announces his new Government with a significant... 9 Indra maintains its governance structure for its shareholders'... 10 New government: these ministers who are running for... 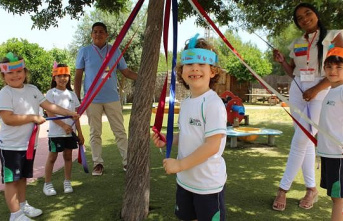