Some 'breath' for the volcano: Sánchez announces the extension of the measures for La Palma 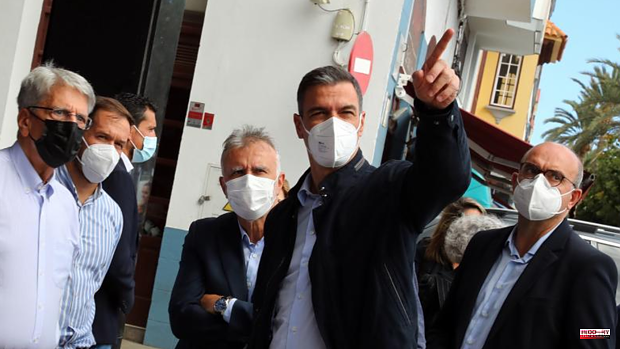 This RDL includes the extension until December 31 of the ERTE and the benefit for cessation of activity for self-employed workers affected by the emergency. The postponements and moratoriums on the payment of Social Security contributions are also extended for three months and the period for requesting aid by those affected is extended, which will be available up to 6 months after the declaration of the end of the emergency.

The extraordinary measures were included in Royal Decree-Law 18/2021, of September 28, on urgent measures for the protection of employment, economic recovery and improvement of the labor market, whose validity was extended by the Royal Decree-Law 2/2022, of February 22.

These measures were scheduled to expire on June 30. However, given that the labor and social effects caused by the eruption persist and continue to require aid and public intervention for the reactivation of economic activity, the Ministry of the Presidency, Relations with the Courts and Democratic Memory has proposed extending them with the aim to continue protecting the population and the productive fabric while continuing to advance in turn in the economic and social recovery, as well as in the reconstruction of the island, in collaboration and coordination with the Government of the Canary Islands, the Cabildo de La Palma and the affected municipalities.

In the 85 days and 8 hours of the eruption, La Palma experienced the greatest catastrophe in terms of duration, dimension and destruction of the last 100 years, with 1,218 hectares covered with lava, 1,676 buildings buried with 1,345 houses, 370 hectares of crops, and 73.8 kilometers of roads, with an economic bill of 982 million euros. In a perimeter of 68.8 kilometers, the destruction covered 10% of the island, forcing the evacuation of more than 7,000 people. Puerto Naos and La Bombilla, with more than a thousand inhabitants, are still closed due to concentrations of gases incompatible with life and there are hundreds of people still living in emergency-enabled areas.

1 Jurists convene this Wednesday a concentration to... 2 Loquillo comes out in Toledo through the big door 3 The president of the Ecuadorian Parliament calls for... 4 Gunnar Biniasch one step away from being crowned champion... 5 The "Urbania" begins the long regatta with... 6 “Quantum” achieved his fourth Rolex TP52 World... 7 Irene de Tomás, European champion of ILCA 4 8 Bale finds a team in the United States 9 Sánchez blames "the mafias" for the assault... 10 An electric scooter causes a fire in the La Victoria... 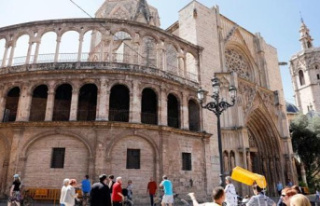 Jurists convene this Wednesday a concentration to...