The surgeon Jose Vicente Ferrer and his team have "successfully" performed a complex surgery for extreme obesity (grade 5) on a 38-year-old patient who weighed 218 kilos at the Hospital Vithas Valencia 9 de Octubre. 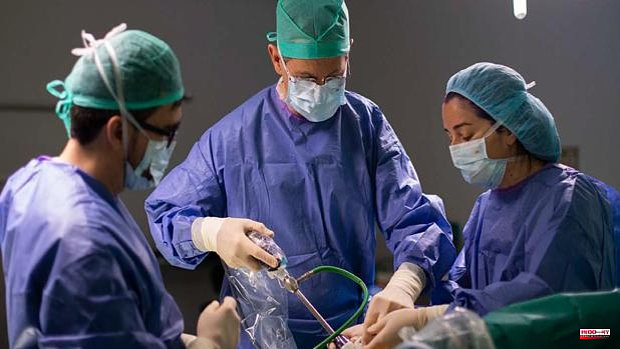 The surgeon Jose Vicente Ferrer and his team have "successfully" performed a complex surgery for extreme obesity (grade 5) on a 38-year-old patient who weighed 218 kilos at the Hospital Vithas Valencia 9 de Octubre. According to sources from the medical center, the operation was performed with the Sadis bypass technique.

As Dr. Ferrer explains, "it is usually only performed in 10% of obesity interventions, since it is technically complex and can only be carried out by very senior and highly experienced surgical teams." The main advantage is that it maintains normal digestive function. "The stomach is made smaller by a gastric sleeve operation and as the inlet and outlet valve of the stomach is maintained, it has a normal digestive function," according to the specialist.

“In addition, more than half of the intestine is bypassed, so that the already digested food only travels 3 meters of intestine (instead of the usual 6 to 8 meters), but where enough nutrients are absorbed for a healthy lifestyle. The operation has greater strength and is capable of curing metabolic problems such as diabetes, while losing weight. If the patient eats healthy, he will never have nutritional problems », explains the professional.

According to the surgeon who led the intervention, "the complexity of the case must be taken into account, not only because of the weight but also because of the associated pathologies such as hypertension, high cholesterol, incipient diabetes, great mobility and sleeping difficulties, and high cholesterol. . These types of patients, in order to be able to approach them safely, need good preparation, which must be carried out with a well-trained team.”

In his first consultation, a multidisciplinary medical team, including a nutritionist and a psychologist, offered the patient a three-month preoperative preparation. During this period, the patient received a hyperproteic and hypocaloric diet, psychological assistance, physical exercise programs and state-of-the-art pharmacological treatment. A new analog of GLP1 was used, which helps the patient to improve diabetes and lose weight, reducing the operative risk.

“After the weekly and later fortnightly visits, during those three months, the patient had an excellent response to therapy, because as he lost weight, he exercised more. The psychologist covered the moments of discouragement very well and we managed to lose 36 kilos before the operation”, emphasizes Dr. Ferrer.

The treatment includes a protocol to prevent possible respiratory complications and thrombosis, which are the most common types of problems. "So the patient had to administer low molecular weight heparin in subcutaneous injections the previous days," says Dr. Ferrer.

According to the specialist, “preparation on the operating room table is of vital importance. We had to place the patient with special support systems that did not harm him and intubate him using advanced systems that allow us to see the entire intubation process with a camera, which can be very complex in these patients.”

The operation was anatomically complex and highly technically demanding. "We entered the abdomen without incident," says Dr. Ferrer, "and it lasted approximately three hours." They took him to the floor with the rapid recovery protocol. «This means, -emphasizes the professional-, that two hours after the intervention he gets up, three hours later he drinks fluids and begins to perform breathing exercises to avoid thrombosis. Thanks to how we operate and how the patient was anesthetized, at 48 hours he went home with a liquid diet and daily one-hour walks ».

“It should be emphasized that good post-operative monitoring, multidisciplinary blood tests, medical and psychological control for changes in habits, physical exercise and nutrition are necessary,” concludes the specialist.

1 Protests in the US after disclosure of the video of... 2 Weak FIDE and wayward champions: a century of chess... 3 Barça starts without getting rid of the discards 4 New DGT campaign in Toledo: speed controls will be... 5 The judge in the Pegasus case asks the Prosecutor's... 6 Burned arsonists: two young people and a minor set... 7 New measures for 15 days due to the increase in active... 8 Renault is working on a prototype of an autonomous... 9 A new edition of the Municipal Employment School will... 10 They denounce "sexual harassment" to several... 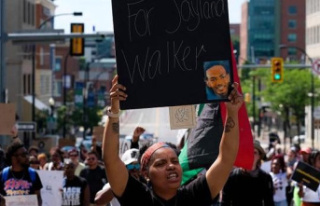 Protests in the US after disclosure of the video of...