It happened just a week ago. 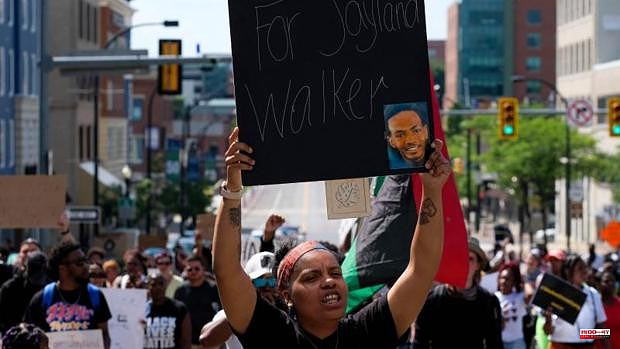 It happened just a week ago. An African American was shot dead by the Police after a police chase in the city of Akron (Ohio). Now, the initial outrage has given way to protests as recordings of the events are released. Given this, the authorities have assured that the victim, Jayland Walker, 25, was unarmed when agents shot him. He received at least 60 shots, according to the images from the Police Corps cameras. In a press conference, the Police have made public the videos of the body cameras of the persecution and the shooting. Akron Police Chief Steve Mylett has stated that Walker was not armed, as reported by 'The New York Times'.

A version that coincides with that of the victim's lawyer.

Likewise, Mylett has pointed out that it appears that Walker put his hand on his waist during a foot chase with the Police and turned slightly towards the agents before they opened against him, according to the local newspaper 'Akron Beacon Journal'. . Walker had received a traffic ticket and had no criminal record. Police have explained that they initially tried to arrest him for the traffic violation, reports Ep.

The events occurred last Monday when Walker was fleeing from the police after an attempted arrest followed by a car and foot chase and was shot repeatedly, reports Afp.

The video, of enormous violence, was released on Sunday by the Police showing the man under fire from the agents. Hence, hundreds of people marched to Akron City Hall on Sunday carrying banners with legends such as "Justice for Jayland", on the fourth day of demonstrations that on Sunday became tense when some protesters approached the police cordon.

After initially giving little information about the shooting, Akron authorities released two videos on Sunday, one a body camera compilation of stills and audio from one of the officers and the second the full recording.

The voice on the video explains that Walker didn't stop. Police indicate that a shot was fired from the vehicle. The agents involved in the events were suspended from service pending the judicial investigation.

1 Weak FIDE and wayward champions: a century of chess... 2 Barça starts without getting rid of the discards 3 New DGT campaign in Toledo: speed controls will be... 4 The judge in the Pegasus case asks the Prosecutor's... 5 Burned arsonists: two young people and a minor set... 6 New measures for 15 days due to the increase in active... 7 Renault is working on a prototype of an autonomous... 8 A new edition of the Municipal Employment School will... 9 They denounce "sexual harassment" to several... 10 The volcano of La Palma already has a name: Volcán... 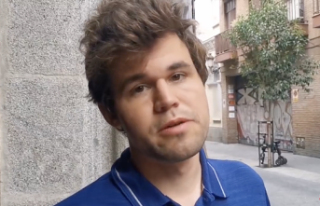