Burned arsonists: two young people and a minor set fire to a clandestine textile workshop investigated by the Police

The fire yesterday morning in a Carabanchel warehouse could well have been a reckoning. 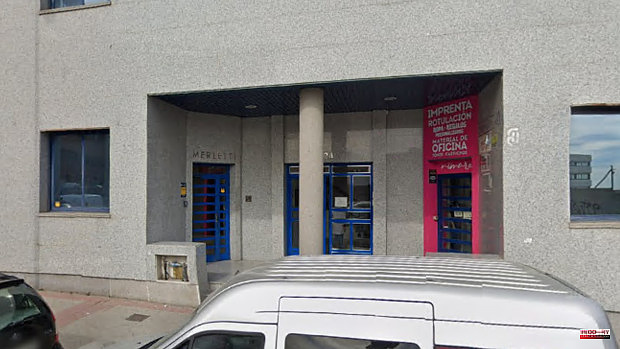 The fire yesterday morning in a Carabanchel warehouse could well have been a reckoning. In fact, one of the hypotheses handled by the Municipal Police is that the three alleged arsonists, who ended up burned by their own flames and are sedated in two hospitals, would have worked in the 'company', run by a Moroccan couple, country of origin of two of the three youths.

As reported by ABC, at 4:10 a.m. on Sunday, a patrol from the district's Comprehensive Unit, carrying out blood alcohol controls, observed how three young people, "in a very aggressive manner", stopped a VTC in the vicinity of Calle de the Sequoia with the Avocado. Two were mounted on the rear seat and one on the hood.

This first patrol approached and the three kids ran off. They asked Carabanchel for reinforcements and caught them at the confluence of Aguacate with Vía Lusitana. The boys were practically naked and with a large part of their bodies burned. And they recognized: “We have burned ourselves with gasoline.”

The Samur was commissioned and transferred two to the La Paz Burn Unit and the third to Getafe. They are a 20-year-old Moroccan, another barely 17 and a 20-year-old born in Madrid. It is unknown if they have a criminal record. of October Twelfth.

“We have not been able to take a statement from them yet because they are sedated. They are hospitalized, but as detainees, under police custody, for these events, "indicate sources in the case, who specify that the injuries are between 30%, 40% and 60% of the body, depending on the victim. .

But that night did not end there, because after the transfer of the alleged arsonists, the municipal police returned to the scene and saw the burned clothes of the unfortunates and even pieces of skin in the area. There were also found more clothes of the young people, completely burned, their mobile phones and documentation.

And in a Sequoia ship, 24, smoke coming out. Inside, there were two sources of fire (indicative that it was something intentional), in which traces of gasoline were also found, on the first floor. Firefighters put out the fire.

It so happens that on March 29, the Immigration and Borders Brigade of the National Police of Madrid carried out an inspection, learning that it was a clandestine sewing workshop, which employed mainly Moroccans. The clothes they made for the marriage, between 44 and 39 years old, were sold in markets or illegally.

When Immigration broke in, there were 24 people working, nine of them without legal permission to do so in Spain and who were arrested, in addition to the marriage. They were mostly Moroccan girls, and quite young.

1 New measures for 15 days due to the increase in active... 2 Renault is working on a prototype of an autonomous... 3 A new edition of the Municipal Employment School will... 4 They denounce "sexual harassment" to several... 5 The volcano of La Palma already has a name: Volcán... 6 Macron is forced to change his government, harassed... 7 The Government fund to rescue SMEs rejected 54 companies... 8 The dilemma of Real Madrid with the future of Pablo... 9 Pedro del Cura leaves the Rivas Mayor's Office... 10 Ferran Adrià enters the 'stoves' of Atapuerca 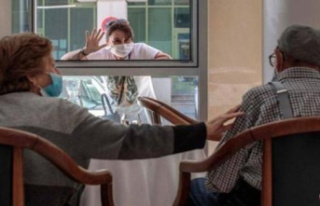 New measures for 15 days due to the increase in active...