Barcelona today began its journey in the new season with the mandatory medical check-up that all its players must pass. 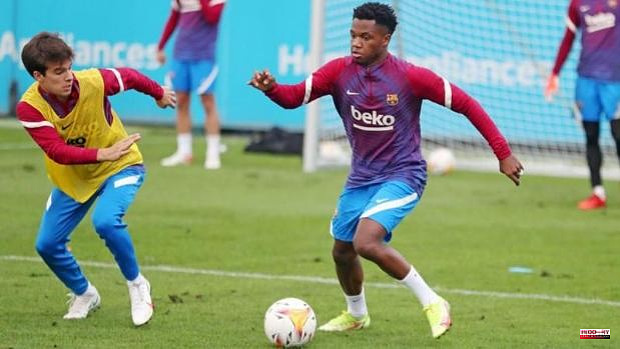 Barcelona today began its journey in the new season with the mandatory medical check-up that all its players must pass. Xavi Hernández has met 14 footballers from the first team, since the internationals could join a week later. The coach, who wants to have his squad configured as soon as possible, has found several players who do not fit into his plans. Riqui Puig and Neto are two of the players who have no place in Xavi's project, who had given them one more week of permission to pay for their future, a clear message that he wants them out of the team this season. But far from following the coach's instructions, both have appeared at the club's facilities, since convincing him to have them is not ruled out.

In this same situation are Samuel Umtiti and Mingueza, who are looking for a team. Clément Lenglet also received permission, who is closing his loan to Tottenham. The fringes of the operation lie in the Frenchman's file, which is around 12 million gross. The English club demands that Barcelona assume part of its emoluments, something that the Barça club is willing to accept. Barça would pay five million and the English seven.

The players who have been on loan this past season have also been presented: Alex Collado, Miralem Pjanic, Francisco Trincao and Iñaki Peña. The goalkeeper has a guaranteed place in the team, although if Neto does not leave, he could opt for a loan again. Collado will carry out the preseason with the team, although initially he does not enter into Xavi's plans. Pjanic and Trincao are ruled out and must find a place to play this season. Pjanic has two years left on his contract and Trincao three.

The positive surprise, on the other hand, has been the presence of Ansu Fati, who advanced his start to training by a week despite the permission received for having been called up with the Spanish team to play the Nations League. The striker wants to be in the same shape as his teammates and doesn't want to miss a single training session. In addition, from the club they will be able to check the state of his muscles after the existing concern after the fragility that he has shown in the last two years. The list of first team players who have attended the Ciutat Esportiva was completed by Gerard Piqué, Sergiño Dest, Nico González, Pedri, Pierre-Emerick Aubameyang, Marc André Ter Stegen and Sergi Roberto. Evidently, Ousmane Dembélé did not appear, although he does not have a team, he no longer belongs to the club's discipline after ending his relationship this past June 30.

1 New DGT campaign in Toledo: speed controls will be... 2 The judge in the Pegasus case asks the Prosecutor's... 3 Burned arsonists: two young people and a minor set... 4 New measures for 15 days due to the increase in active... 5 Renault is working on a prototype of an autonomous... 6 A new edition of the Municipal Employment School will... 7 They denounce "sexual harassment" to several... 8 The volcano of La Palma already has a name: Volcán... 9 Macron is forced to change his government, harassed... 10 The Government fund to rescue SMEs rejected 54 companies... 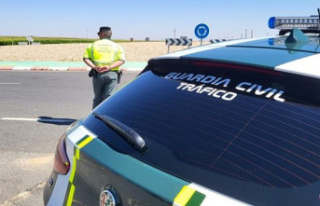 New DGT campaign in Toledo: speed controls will be...