Luis Enrique still has him there, apparently among his favorites. 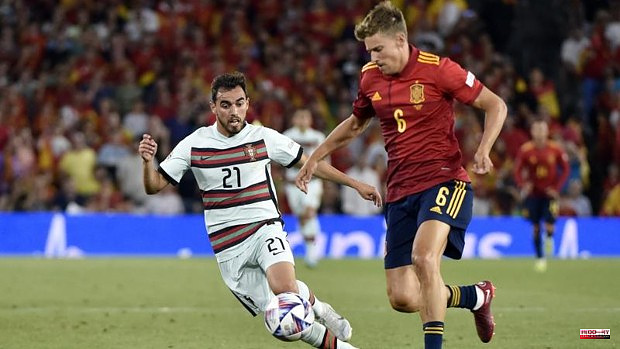 Luis Enrique still has him there, apparently among his favorites. An invariable summoned in each and every one of his lists, also in this end-of-year mini-marathon that he is fishing for a good part of the selections with his tongue hanging out. Although then it is not that he uses it much. Rarely a starter, nor a change of the main ones. But Marcos Llorente, 27 years old, is never lacking. Today he will also be at the charming Eden Arena in Prague, Slavia's headquarters, surely on the bench (or who knows, given the tone with which the coach defended him yesterday), bearing on his back an enigma that from time to time when he throws the football. From footballer of the year to rather ordinary player in the next one.

His irruption was almost more unexpected than his eclipse. He arrived at Atlético de Madrid as a central midfielder and became a danger. He drove the ball a lot and lost zone. Simeone immediately sent him to the bench, to do the classic military service. For them to forget it. And suddenly one day, the unforgettable March 11, 2020, with Atlético on the canvas at Anfield (2-0), out of the Champions League, the coach took him out on the field as a striker. The rest, you know, two runs, two whiplash, two goals, the tie turned upside down and Atlético in the quarterfinals. A surreal discovery, a miraculous conversion that football scholars have not yet been able to decipher.

From there it went on to the consecration of the 2020-21 League title. 37 games, 12 goals, 11 assists. The footballer of the year. As a striker, winger or interior player, how was his final position with Trippier as the perfect partner on the right side. Llorente had it all. Dribbling, shooting, passing, effort, power, speed. Above all, a wild short sprint, capable of winning a player two or three ahead in a ten-meter race. A bull, Carlitos Alcaraz would say. Even in the shouting it was decisive, when he alerted Suárez that he was alone in the goal of the alirón in Zorrilla. It was only a danger in his own area (and so it remains), due to his propensity to lose control of his hands when a ball rains. But he passed the course as the perfect footballer.

And yet, the following season, this one that ends, the news is over: zero goals, no matter the competition, and just two assists. Well, one more in the Cup. But he was left without a partner when Trippier fled, they often confused his position (that harmful invention of Luis Enrique as a winger), he lost the goblin for the shot and his runs were still powerful but yes effective. It is true that all of Atlético fell, but Llorente very strikingly. Nobody has succeeded in pronouncing a good reason.

"Allow me to disagree deeply," said Luis Enrique yesterday to justify a call far from meritocracy; «The numbers each one analyzes them as they want. But for me he has had a great season. I see a player with a top physique, who can play in different positions. And that is priceless. Now I call it as a middle not as a side. And to come as a midfielder to this team you have to have a high level. That doesn't mean he won't have competition."

Despite the verbal love, Luis Enrique has not resorted too much to the rojiblanco on the pitch. That he has not had an outstanding performance with the national team, not even in his overwhelming phase. "Atlético needs that Marcos from last season," interjects his teammate Koke, "but hey, he has had to play right back, he gives everything he has... It hasn't been easy for any of them. He has had a good season. We would have liked him to have scored more goals, but it could not be »

The fact is that no one saw his arrival coming and neither did his retreat. Which version is casual and which is true? The enigma Marcos Llorente. Prague will also put it to the test.

1 Nick Cave, between heaven and hell at Primavera Sound 2 "Spain is a machine, but we want to play" 3 The classic books that cannot be missing in the library... 4 The portraitists of Queen Elizabeth II, the most photographed... 5 From sculptures of Tutankhamun, maps of natural parks,... 6 Steps to unsubscribe or request portability to a mobile... 7 “I returned all the receipts and they threatened... 8 The cross of changing the telephone operator: endless... 9 Antonio Morales, director of Ejidense, brings his... 10 <<I am very concerned about the here and nothing... 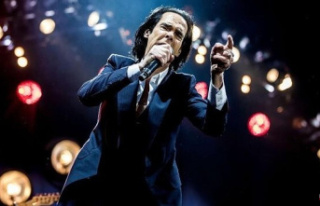 Nick Cave, between heaven and hell at Primavera Sound