The portraitists of Queen Elizabeth II, the most photographed person in history

Although there are no precise data, since counting the photographs that have been taken of Queen Elizabeth II would be an impossible task, there is consensus that the monarch, who this week officially celebrates her Platinum Jubilee, is the most portrayed from history, as defended by an authority in this regard: the National Portrait Gallery in London. 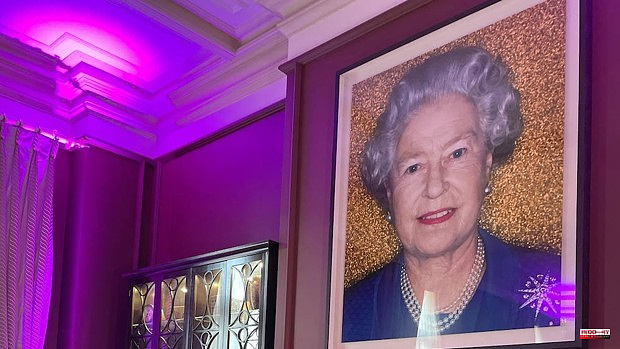 Although there are no precise data, since counting the photographs that have been taken of Queen Elizabeth II would be an impossible task, there is consensus that the monarch, who this week officially celebrates her Platinum Jubilee, is the most portrayed from history, as defended by an authority in this regard: the National Portrait Gallery in London. And not only by the press or the public, but by painting and photography artists who through their art have tried to make known or discover this woman who, at 96 years old and with 70 on the throne, has never given an interview, but who has spoken through the images for which he has been allowed to pose.

Annie Leibovitz, for example, captured the sovereign's bond with her Corgie dogs in a striking pose on a Windsor Castle staircase. The American, who also portrayed her with her daughter, Princess Anne, with her husband, Philip of Edinburgh, and with her grandchildren, opted for grandiloquence in other darker and more intimate portraits where she is the only protagonist, with a serious countenance, almost intimidating.

Of a more cheerful tone is the photo with a frosty background made by the Australian artist Polly Borland. The artwork was part of a series of commissions from Buckingham Palace in celebration of its Golden Jubilee with the original piece as part of the Royal Collection. A much larger version than the original was requested from Borland by Harry Handelsman, owner of the St Pancras Renaissance Hotel, an architectural gem in the heart of London, precisely to hang it as a centerpiece in the living room of the Royal Suite, which housed the hotel's 19th-century Venetian ballroom.

Iconic is also the work of Andy Warhol, who once said: "I want to be as famous as the Queen of England." Probably without the intention of making a work of art, but with such a powerful context behind it and a composition that will make it go down in history, it is the one made by Jonathan Brady at the funeral of her husband, Prince Philip, in the Chapel of St George at Windsor on April 17, 2021. Due to restrictions due to the Covid-19 pandemic, the Queen sat alone.

Royal photographer John Swannell was asked in an interview if the queen is patient when it comes to being photographed. "Yes, the most patient. She is the most photographed woman in the world. There is no one who has taken more photographs than her. She dares with everything », she replied. And all his paintings show this, from those that are more focused on the elegance of a queen, such as those of the coronation of the British artist Cecil Beaton, to the most groundbreaking, such as the one simply called "The Queen", by the English painter Justin Mortimer.

Nor has there been a lack of controversy, such as the one sparked in 2001 by Lucian Freud with a painting for which Elizabeth II posed for many hours and which was the target of intense criticism. She "she makes it look like one of her corgis" after having "suffered a stroke. It's a big mistake by Lucian Freud," said Robin Simon, editor of the British Art Journal. The royal photographer of the newspaper "The Sun" Arthur Edwards, even pointed out that Freud should be locked up in the Tower of London, such was the result of his work, although "The Guardian" praised him as the best royal portrait of the last 150 years .

Elizabeth II has been portrayed as a queen, as a woman, as a mother, as a grandmother and great-grandmother, as a wife, as head of the Church of England, as a strong woman who has sustained a country through wars and pandemics and the management of 14 prime ministers, from Winston Churchill, the first, to Boris Johnson, currently in office. But there are also portraits of her as just a child, when she still had no notion of the fate that awaited her and the role that she would play in history. In the collection of the National Portrait Gallery there are, for example, some endearing portraits by Marcus Adams, who specialized in photographing the children of British high society, and in which he appears alone or accompanied by his parents and her sister, the princess Margaret.

Among his portraitists there are also names such as Yousuf Karsh, a Canadian photographer of Armenian origin who also immortalized Churchill; Dorothy Wilding, the first woman to be appointed Official Royal Photographer for the Coronation of George VI in 1937 or Anthony Buckley, royal photographer in the 1960s and 1970s.

1 From sculptures of Tutankhamun, maps of natural parks,... 2 Steps to unsubscribe or request portability to a mobile... 3 “I returned all the receipts and they threatened... 4 The cross of changing the telephone operator: endless... 5 Antonio Morales, director of Ejidense, brings his... 6 <<I am very concerned about the here and nothing... 7 Operation rearmament: Germany wants to turn a "naked"... 8 Putin ignores no one and remains stubborn in continuing... 9 Guennadi Chizhikov: "Europe avoids awkward situations... 10 Associating mental health and massacres, an alibi... 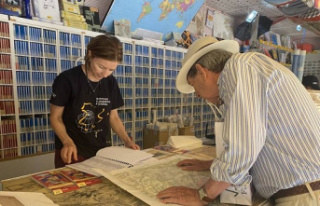 From sculptures of Tutankhamun, maps of natural parks,...