Nick Cave, between heaven and hell at Primavera Sound

If Beck, with his verbena of galactic funk, was the yin, it was Nick Cave's turn to be the yang yesterday, a rigorous black man with recently frosted hair. 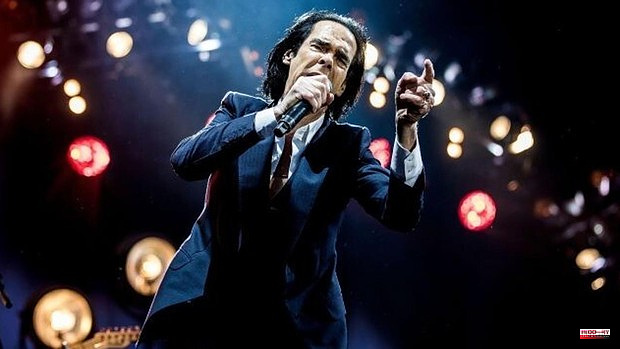 If Beck, with his verbena of galactic funk, was the yin, it was Nick Cave's turn to be the yang yesterday, a rigorous black man with recently frosted hair. Good and evil. The light and the dark. A balance of forces that was blown up as soon as the gospel snort of 'Get Ready For Love' anticipated another memorable evening. Electric coven and high-end party to end the first weekend of Primavera Sound at the Forum.

Hit by tragedy, Cave comes from burying two children (Jethro, 31, died on May 9; Arthur, 15, in 2015) and purging sentences on increasingly introspective albums, for which he was an unknown find out what would come of his reunion with the Bad Seeds after four years away from the stage.

A doubt that was soon cleared up: he appeared with his chic gravedigger demeanor, kicked the air angrily and pounced on the front rows. As in 2018. As always. The wind muffled the sound, but it takes a lot more than that to take the Australian's punch away. Especially when he goes wild riding over 'There She Goes My Beautiful World' and 'From Here To Eternity'. The dark lord, the prince of darkness, in top form and squeezing as if instead of 64 he had just turned 36. What a barbaric thing to see him shaking while Warren Ellis viciously mistreated his violin!

'O Children' and 'Jubilee Street' brought a bit of physical calm and finished drawing the script of a night marked by the dialogue between electrical tension and soul-shattering ballads. The outburst and the genuflection. The beautiful litanies of 'Bright Horses', 'I Need You' and 'Waiting For You', songs at times out of place amid so much chattering audience, and the violent whiplash of 'Tupelo' and 'Red Right Hand'. Heaven and hell, within reach.

The first was taken care of by that gospel choir with a direct line to heaven. Of the latter, Cave and her henchmen, guys who have struggled in the dark arts of rock and are more than willing to get their hands dirty with 'The Mercy Seat' and, immediately afterwards, cradle the tender 'The Ship Song'. Cave himself said that he would not forget last night, an evening that, indeed, had something magical about it. Black magic, yes, although under cover and with several thousand fewer people it would have been better.

1 "Spain is a machine, but we want to play" 2 The classic books that cannot be missing in the library... 3 The portraitists of Queen Elizabeth II, the most photographed... 4 From sculptures of Tutankhamun, maps of natural parks,... 5 Steps to unsubscribe or request portability to a mobile... 6 “I returned all the receipts and they threatened... 7 The cross of changing the telephone operator: endless... 8 Antonio Morales, director of Ejidense, brings his... 9 <<I am very concerned about the here and nothing... 10 Operation rearmament: Germany wants to turn a "naked"... 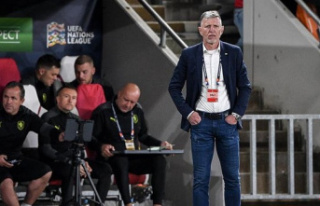 "Spain is a machine, but we want to play"