The tragic story of Caleb Swanigan, who died at 25, shakes the NBA

The story of Caleb Swanigan (Indianapolis, 1997), seemed headed for tragedy and so it has finally been. 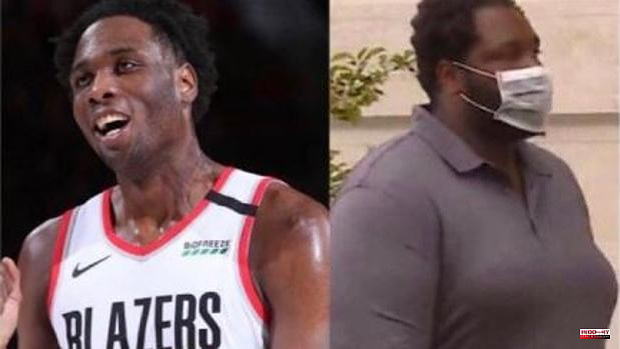 The story of Caleb Swanigan (Indianapolis, 1997), seemed headed for tragedy and so it has finally been. The basketball player, who had a fleeting stint in the NBA, has died at the age of 25 of natural causes, as confirmed by Purdue University.

“We are devastated. Our thoughts and prayers go out to his family and friends. We lost a gentle soul on the last night. We love you, 'Biggie'”, wrote the educational institution in which this athlete made a name for himself in American basketball.

Swanigan's problems began as early as his childhood, with a father addicted to crack and cocaine and abusive to his mother. That environment caused him eating disorders, reaching 180 kilos of weight with only 13 years.

Despite everything, his basketball skills seemed to rescue him from that environment. Roosevelt Barnes, a former American football player offered to guide him and managed to take him to the elite of this sport.

In high school, in Indiana, he managed to stand out and be among the 20 best players of his age in the entire country. That caused several universities to knock on his door, but he decided to stay home at Purdue University. There he became one of the best rebounders in the competition, becoming an All-American. He thus appeared in the 2017 Draft, where he was selected by the Portland Trail Blazers. However, the lack of minutes relegated him to the development league and in the middle of the following season he ended up packing for the Sacramento Kings.

Back at the Blazers, in the midst of a pandemic, the slowdown in his career became a break. He refused to go to the NBA bubble in Orlando, with which the best league in the world wanted to fight the coronavirus pandemic, and that was his sentence: he did not play an official game again.

After that he had been seen again in 2020, when he was arrested for drug possession. A year later, during a visit to the courts, he showed a very deteriorated image after having gained almost 65 kilos since his retirement from basketball.

Faced with ridicule on social networks, his former teammate in the Blazers Damian Lillard had to come to his defense.

1 Barcelona cannot sanction Piqué or restrict his business... 2 Pau Gasol charges against Aragon for "politicizing"... 3 Sadio Mané, the cherry on top of the new Bayern 4 Thebes: "Al Khelaifi takes us all for fools" 5 Charles Oliveira's trainer: "We want to... 6 Joan Cardona: "Before I was dying to win and... 7 The return of Serena Williams: winning Wimbledon at... 8 The last negotiation of the iron lady of the offices 9 Kim Kardashian's new haircut is the best option... 10 The monkey for less than 20 euros by Begoña Villacís 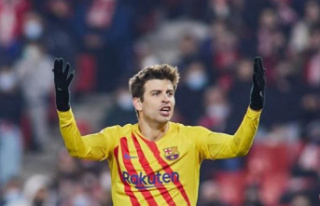